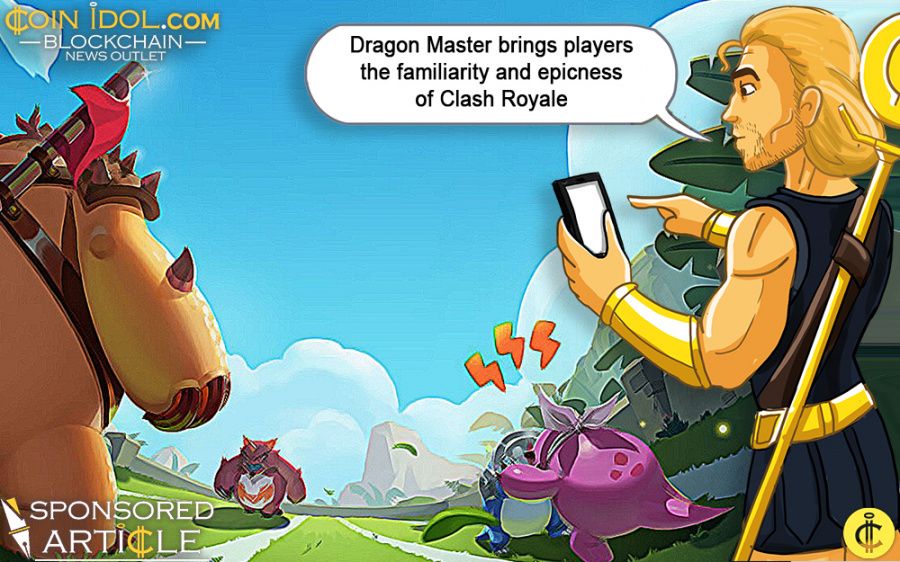 In March 2016, Clash Royale was officially launched to the world. This game which combines elements from collectible card, tower defense, and multiplayer online battle is still considered a classic by most players due to its strategy gameplay, which is rather impressive.

With the hype of the metaverse, Play-To-Earn (P2E) games, which constitute one of the main elements of the metaverse, have come to the attention of the public in recent years. P2E model is verified as feasible because virtual asset ownership in games has been solved by blockchain. Meanwhile, ever-expanding P2E blockchain game is varying thanks to experienced game developers who integrate traditional games with the P2E model and improve continuously.

Among all the "classic + P2E" blockchain games, Dragon Master, created by the Magic Hat Studio, was officially launched on March 21. The classic game similar to Clash Royale comes back to all players.

For the game experience, Dragon Master, a game with the elements of collecting, raising, defending, advancing, and MOBA, brings players the familiarity and epicness of Clash Royale. 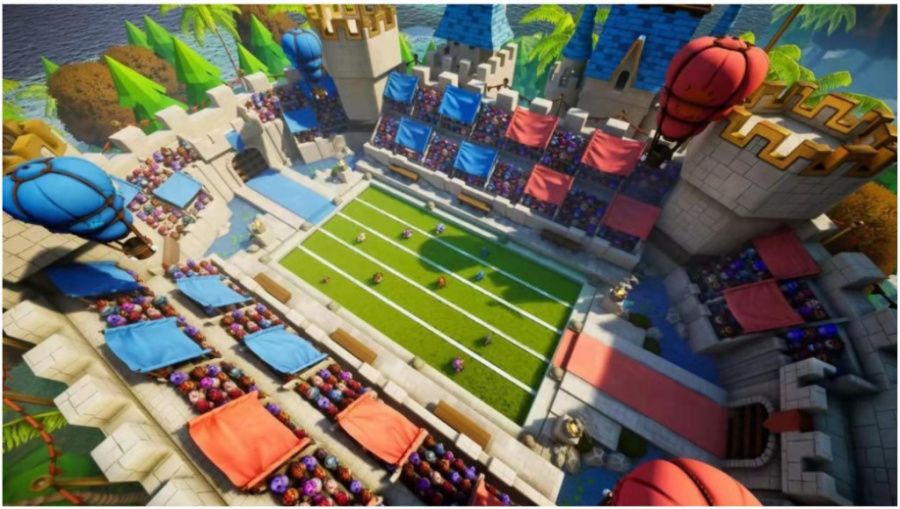 "In fact, our inspiration for creating Dragon Master began with Clash Royale," said Lucas Adams, one of team leader of Magic Hat. "Clash Royale is a classic game with an appealing gameplay that requires players to buy card packs, and then build decks to battle. However, we think there is improving space in this traditional gameplay. Our idea is that everything the players put into the game ultimately generates real investment value for him or her. Just as in the real world, you can increase the value of your capital by investing stock or real estate. So, an idea of fighting for players' rights and the traditional gameplay of Clash Royale are constantly colliding and grinding together, resulting in what is now Dragon Master, and its multiple NFTs."

Adams shared the main design idea of Dragon Master NFT which is ‘Game First, then Defi’.

For DragonMaster’s gameplay, it is the first blockchain-based Metaverse game that blends RTS, MOBA, Collection, and Play-to-Earn.

The land system will be introduced in the future, allowing players to freely develop their own hometowns, defend against opponents through appropriate deployment, empower themselves through battles and resource plundering, and engage in group engagements.

Adams introduced that players need to build their own teams to fight with others through NFT, which is a variety of dragon as components. The NFT can be used in addition to the game, but also constantly bring players profits.

A set of dragon NFTs is created and can be obtained by players via random breeding. Players who collect the whole set can summon a 'Legend Dragon' with bonus dividend (smart contract).

The Legend Dragon can share the revenue of the DragonMaster marketplace, with daily transaction fees (ETH) income being automatically paid to the player's wallet every day via the smart contract.

In the whitepaper, they introduced a method to solve the NFT inflation problem:

“NFT inflation is a problem that most games encounter, and we're working on solutions. There might be normal breeding and mutation breeding. And the concept of ‘combined skill’ called mutation is introduced based on the dragon features.
In normal breeding, one egg with random basic skill is produced by two parent dragons. In the mutation breeding, a second skill can be unlocked to the egg by chance, and the parent dragons would be sacrificed in the process. In this case, one rare dragon with two skills is produced by consuming two dragons, and the second skill is heritable.
Thus, the problem of NFTs inflation can be solved by 1+1=1.”

Adams says that in the early stages of the project, Dragon Master NFT will be handled by Magic Hat's core team, and he expects that community members will be able to participate more in the future, which requires DAO governance to move forward.

Finally, Adams shared the future vision. DragonMaster will grow from a blockchain-based P2E game to a Dragon Metaverse featuring virtual characters, residences, even careers. Artists and developers will be able to earn the DMT rewards in the late future. At the later stage of the project, it will implement a fully decentralized DAO governance, with community members choosing the development and operation teams.

It is worth mentioning that, as a dark horse project in the blockchain game circle, Dragon Master has recently become the focus of many game guilds. IndiGG(IGG), a sub-DAO of Yield Guild Games(YGG) being built in association with Polygon to create a P2E gaming hub within India, announced its cooperation with Dragon Master, which became the first project of IGG to support P2E model and helped IGG to expand the Indian market. Moreover, as the quality NFT project and Polygon's partner, Dragon Master received a funding from Polygon Studio, which is responsible for blockchain game and NFT under Polygon.