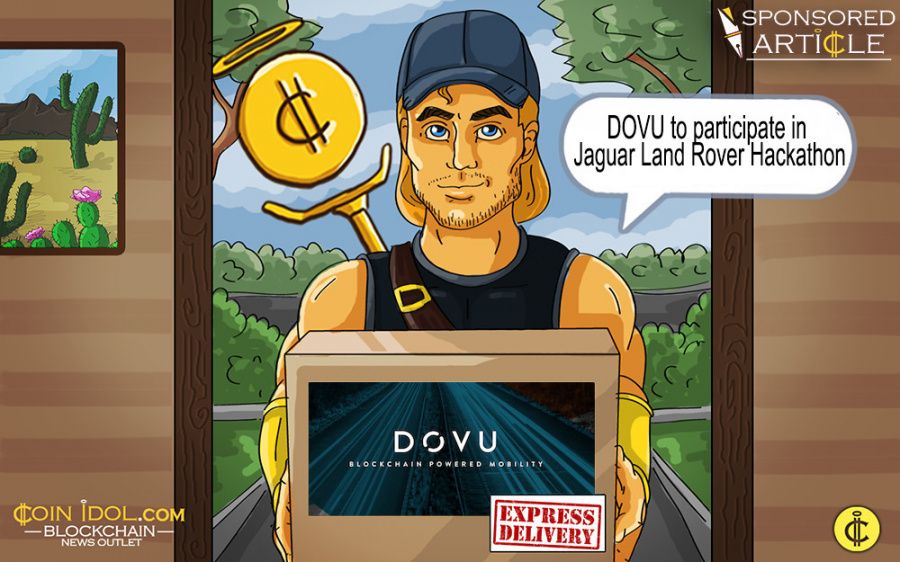 DOVU, the blockchain transport data initiative, will showcase its software at the forthcoming Jaguar Land Rover Developer Challenge, to be held in Slovakia at the end of the month.

The hackathon will take place around the theme of ‘smart mobility’, and will feature two specific challenges for developers: a mobile app that will incentivise car sharing, with the aim of decreasing overall vehicle emissions; and a seamless solution for multi-modal transport planning, uniting train and bus timetables, city bike schemes and other useful information within a single interface. Prizes totalling EUR 6,000 are available.

DOVU, which is backed by Jaguar Land Rover’s innovation arm InMotion Ventures, is a natural partner for this event. The project aims to equip the mobility industry with large, high-quality data sets that are crowdsourced from across the transport ecosystem, from individual travellers to large corporations and third-party services. This extensive and granular data will then be made available to developers and transport companies via a blockchain-based marketplace, rewarding those who provide it with the Ethereum-based DOV token.

DOVU will be involved in the hackathon in a number of ways. The company will be making its current platform available on an as-is basis – giving developers the opportunity to test its functionality before it has been formally released. This will include access to the Lyft (ridesharing), Citymapper (public transport networks) and Dark Sky (weather data) APIs, allowing developers to plug straight into a broad range of transport-related data feeds. What3words, a geo-coding system that is used to communicate location anywhere in the world down to the resolution of a 3x3m square, can easily be integrated with these APIs. DOVU will provide remote technical support for participants over the course of the two-day hackathon.

In due course, DOVU’s own open APIs will be made available to developers, vastly simplifying data acquisition and enabling data-led insights and innovation.

DOVU is currently holding a crowdsale for its DOV tokens, which act as the ‘fuel’ for its transport data network and marketplace, the crowdsale launches 3 October.

Tags
Jaguar Hackathon Data Transport Blockchain Software Developers Crowdsale Information Service
Most Popular
May 15, 2022 at 14:48
PR
Decentralized NFT-Fi Platform SOLARR Raises $2M to Accelerate NFT Utility and Accessibility
May 15, 2022 at 14:31
Price
Chainlink Consolidates Above $5.50 as Demand and Supply Reach Equilibrium
May 15, 2022 at 09:49
Price
Dogecoin Reaches Bearish Exhaustion as Bears Overwhelm Bulls
May 14, 2022 at 11:30
Price
Uniswap Falls to $3.67 Low as It Reaches Deeply in the Oversold Region
May 14, 2022 at 10:31
Price
Polkadot Breaks Initial Resistance as It Targets the $14 High
More