Blockchain holds the promise to disrupt the existing business models across different sectors such as financial services, agriculture, healthcare and many more. As an innovative fundraising instrument, ICOs exploded onto the scene in the last couple years going from a relatively unknown method to raising over $4 billion in the blockchain community just in 2017 and surpassing early stage VC Funding during the fourth quarter. Venture capitalists as well as individual investors, are quickly adapting to this new asset class by putting down a significant amount of capital and resources.

What are some of the best practices emerging from the markets? What are the implications to regulators? How to build a strong ecosystem in supporting the healthy development of the digital asset investing industry? In collaboration with our global partners, FinTech4Good launched a Digital Asset Leadership Committee at the Digital Asset Investment Forum in New York last week. The Committee is composed of executives from some of the world leading organizations such as LDJ Capital, YIMI VC, Blockchain Frontier Group, NEM, DAO IPCI, SWARM Fund, NewPay, Super Game Chain, the Global Platofrm, ICONIQ Lab, BITNATION, Art Impact Foundation, FireLotto, etc.

"The Digital Asset Leadership Committee aims to bring together institutions and global experts to provide thought leadership and implement impactful initiatives to scale up digital asset investing around the world.” said by Xiaochen Zhang, President of FinTech4Good and the Chairman of the Committee.

“This Forum is one of the first activities that the Committee is planning to advance in the next few years. The DAIF successfully connected digital asset gurus, technology pioneers and blockchain investors, to share the most disruptive solutions and shape the future of digital assets. The Committee will host a DAIF Series globally in the next 6 months in advancing the world global digital transformation." 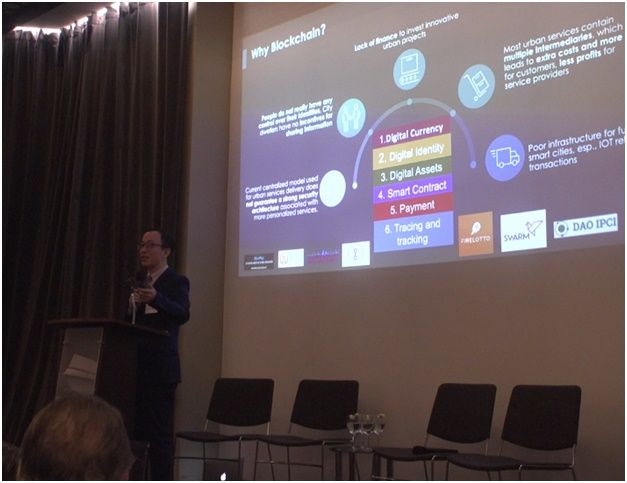 The DAIF was a very well attended event that featured some of the biggest investment funds in the industry including LDJ Capital, Consensys Capital, and FuturePerfect Ventures, leading blockchain startups including NewPay, IOTA, and Celsius Network, and scholars from top universities like Cornell University, Columbia University, and Johns Hopkins University.

Speaking from an investor perspective, Consensys Capital’s Andrew Keys said that it is important for a blockchain startup team to lay the necessary groundwork before they plan on an ICO.

"I think that first and foremost, ICO teams need to create a Minimum Viable Product (MVP). They actually have to get their hands dirty by developing a real good understanding of smart contracts, and the platform on which they are building their products. They've got be able to build a Proof of Concept (POC) before starting to think about tokenizing or raising capital. I would strongly recommend that they have a white paper, an MVP, and an eloquent pitch ready to just get started. This market is maturing rapidly and the sophisticated investors will only go for the right type of (and prepared) entrepreneurs and projects," he said. 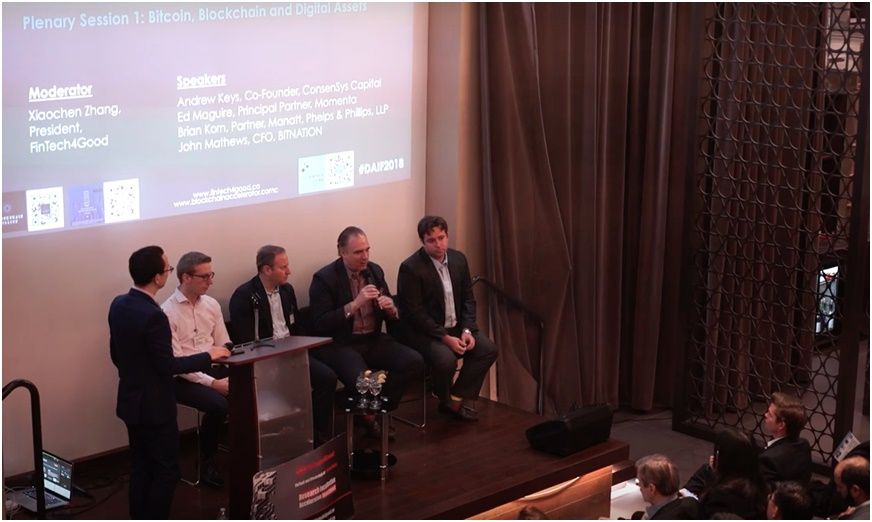 Keys is not the only one who advised blockchain startups to slow down and take more time on technology and product development. Patrick Lowry, Managing Partner and CEO of Iconiq Lab, told the audience that they are positioning themselves to focus on creating fundamental investment products. They don't work with companies that only have an idea or a promise to deliver future products.

"Interestingly, what we also found is that a lot of startups are staying away from ICOs, even if there is a direct use case for crypto. A lot of startup teams are interested in crypto but they are hesitant in jumping into this space because they don't want to be seen as a fraud even if there is a legit product or service that they are offering. It's hard for them to get away from the trolls from the community as they work on their products. So one of Iconiq's goals is to work with blockchain startups in developing a actionable plan of product release and setting up a budget to bring those companies into the ICO community," he added. 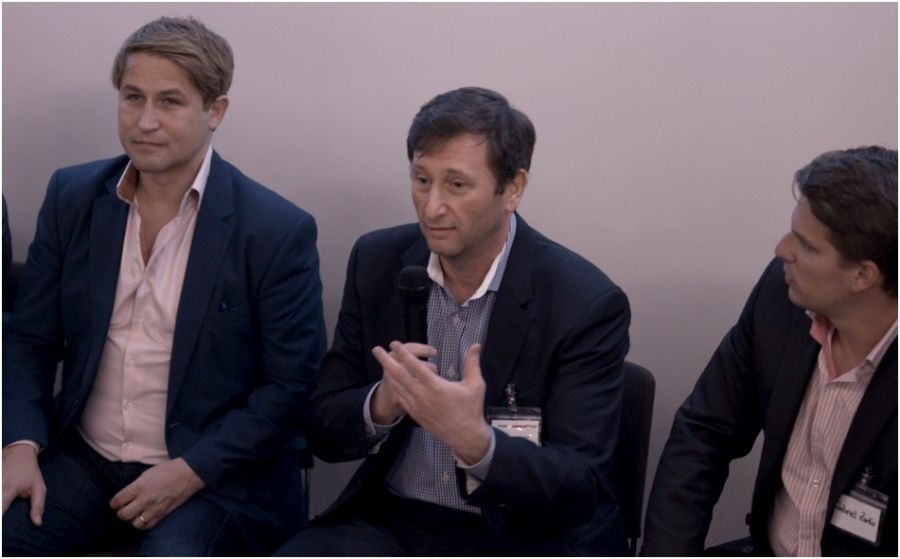 Besides having a viable product and a strong team, Alex Mashinsky, Founder and CEO of Celsius network, said he would also ask the startup teams two important questions - do they absolutely need blockchain and who are their investors.

"I go for the projects where a million users have to agree on a concept to make it successful because otherwise why do we need blockchain in the first place?"

When asked about his biggest challenge so far, he said that it is trying to build a product that you know will solve a problem during a period of relative instability regarding the underlying technology, as no one knows what exactly is going to happen next with a volatile token market and unclear regulatory framework. 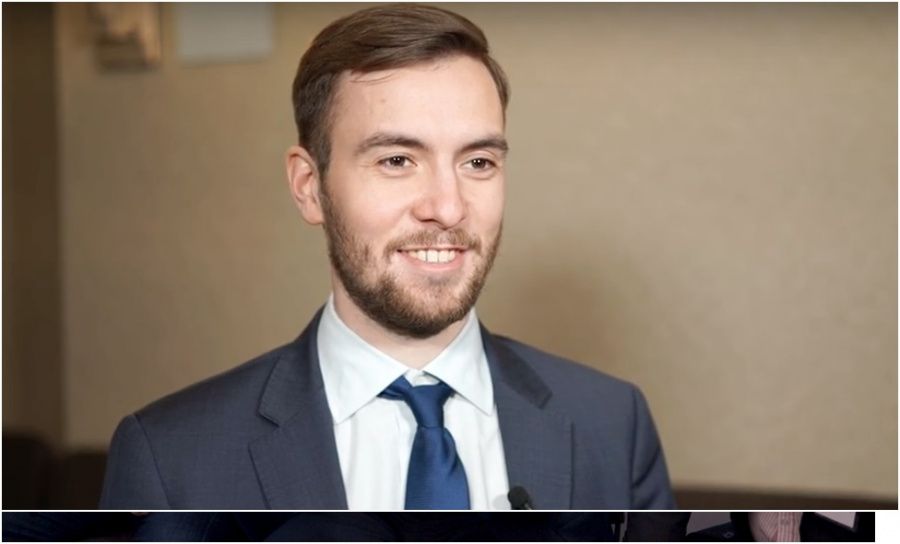 Marvin is only one of the several blockchain from impact innovators featured at the DAIF. As asked of his biggest dream, Alexey Shadrin, co-founder of DAO IPCI said,

“we created the Mitigation Token as a universal exchange vehicle for multiple green finance assets. We hope to unite green finance markets across the globe”

Lewis Cohen also expressed his concern about the risk brought by the developing technology and scrutiny from the regulators. Cohen is a partner from Hogan Lovells US LLP. He told the audience that we need good framework for risk management both from the issuer and investment side.

"The biggest thing is that there is no framework right now and there is a range of risks in securities issuances, sanctions, tax implications, amongst others. I think self regulation is critical. There is really nothing to stop anyone from getting involved and building the best practices together," he explained.

While the total amount of funds being raised through ICOs has slowed since the end of 2017, David Drake, Chairman of LDJ Capital, is optimistic by concluding that he has seen a more organized investment environment and better projects and expects that trend to continue into this year. His company viewed over 250 ICO projects in the last 12 months, and invested extensively in some of those projects. He is working on launching an Over-The-Counter (OTC) service product this year and believes that Crypto ETFs are going to be available to the public by the fall of 2018.