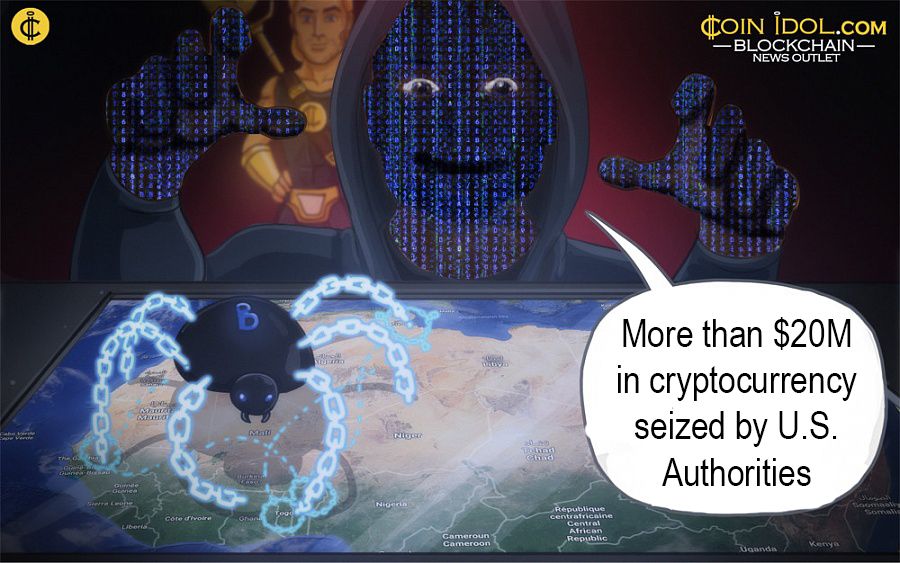 US authorities have announced that most of their agents had been working clandestine on the Darknet a year ago. This bullish operation disclosed the correct identity of more than 50 vendors on various sites such as Hansa, Silk Road, Dream, Alpha Bay and many more, with more than 35 suspects arrested plus goods worth $23.6 million or more seized.

The Darknet crackdown folded up a variety of law enforcement forces such as ICE's Homeland Security Investigations (HSI), DEA, Postal Inspection Service, DOJ and Secret Service but the real undercover was led by HSI Special Agents who acted as money launderers on the targeted dark markets, trading fiat for cryptocurrency. DOJ's Money Laundering and Asset Recovery Section collaborating with over 40 U.S. Attorney's Offices, lead to the confinement of more than 35 vendors.

"The Secret Service is proud to work with our law enforcement partners to help combat one of the largest threats to U.S. financial infrastructure,  money laundering with virtual currency, " said U.S. Secret Service Assistant Director, Jenkins. "The Secret Service continues to adapt along with these cybercriminals to maintain our level of success in stopping them."

Apart from the confinement of many vendors, the U.S authorities were able to capture goods that were worth over $23.6 million just within a month with more than 100 enforcement actions done. These include Tramadol, Oxycodone, LSD, Psychedelic mushrooms, liquid synthetic opioids, Xanax, Fentanyl, MDMA, marijuana and cocaine.

Benner, the Acting Executive Associate of HSI, said that the Darknet is ever dynamic and spreading more intricate, which makes targeting and locating all those involved in selling illegal products on the platform more difficult. However,  HSI special agents succeeded to work with those in the cyber section to discover those heavyweight vendors that trade highly addictive drugs for profit maximisation.

HSI has penetrated the Darknet and collaborating with its law enforcement partners in the whole country, it has once again proven that each criminal can be hunted and reached by the law.