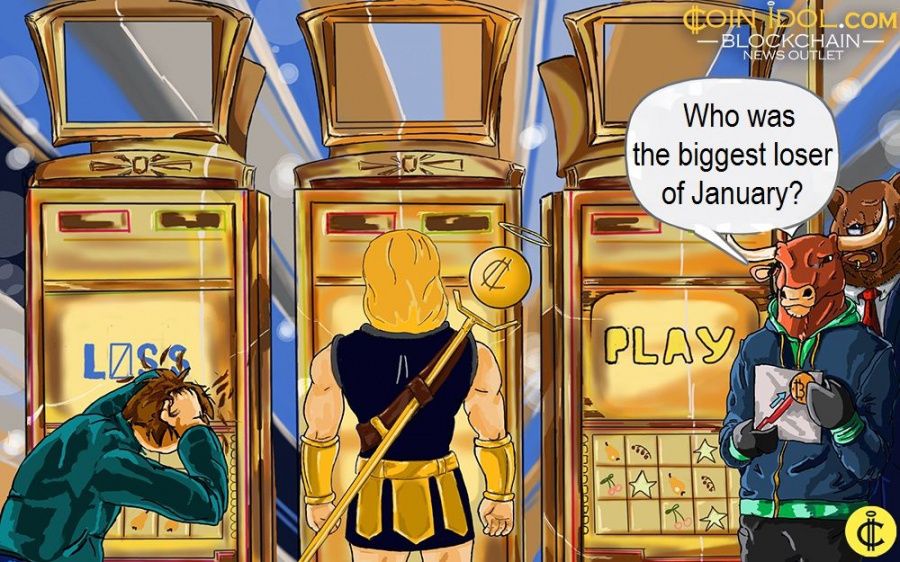 Since the huge lows that happened in March last year when most businesses were not operating because of the Coronavirus pandemic, most digital currencies registered tremendous gains, but other coins recorded colossal losses.

CoinIdol, a world blockchain news outlet, has figured out the 5 biggest losers of January 2021 among the top 100 cryptocurrencies in the entire market. 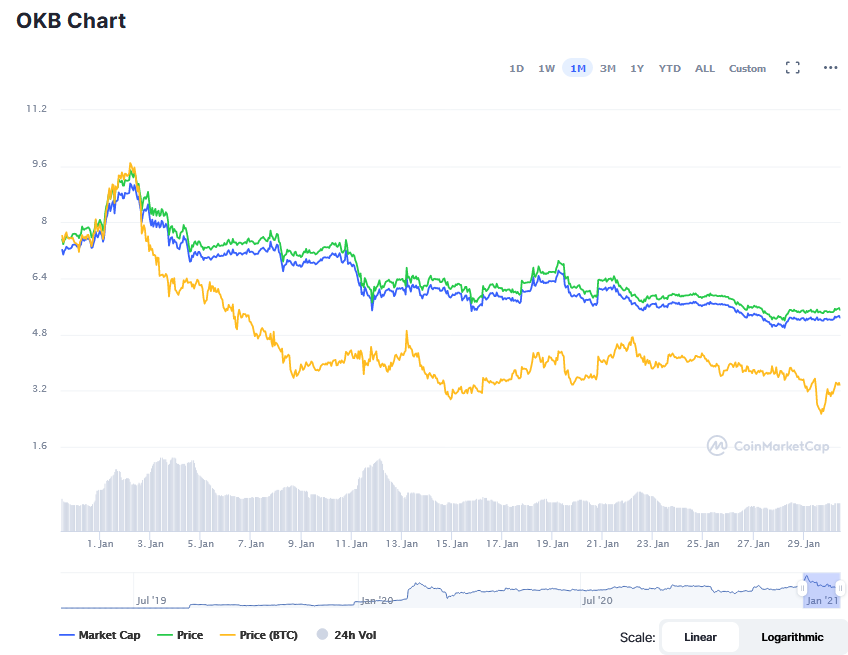 The lowest price level in January was at around $5.2. The end of the month has seen a 9% increase. However, it is unclear whether OKB is going to change the trend and become bullish. Most likely, it will remain range-bound.

Monero (XMR) is a privacy coin which has been coloured by financial regulators as a coin mostly used by criminal actors to make illicit transactions on darknet platforms. Monero has plummeted by around 13.75% in the past 30 days.

XMR is a mineable cryptocurrency which at time of writing is trading at $142 on most exchanges including Binance, HBTC, BitZ, etc., and has a volume of $1.29 billion and a market cap of $2.535 bln, which places it in 19th position on the entire Crypto Rating. 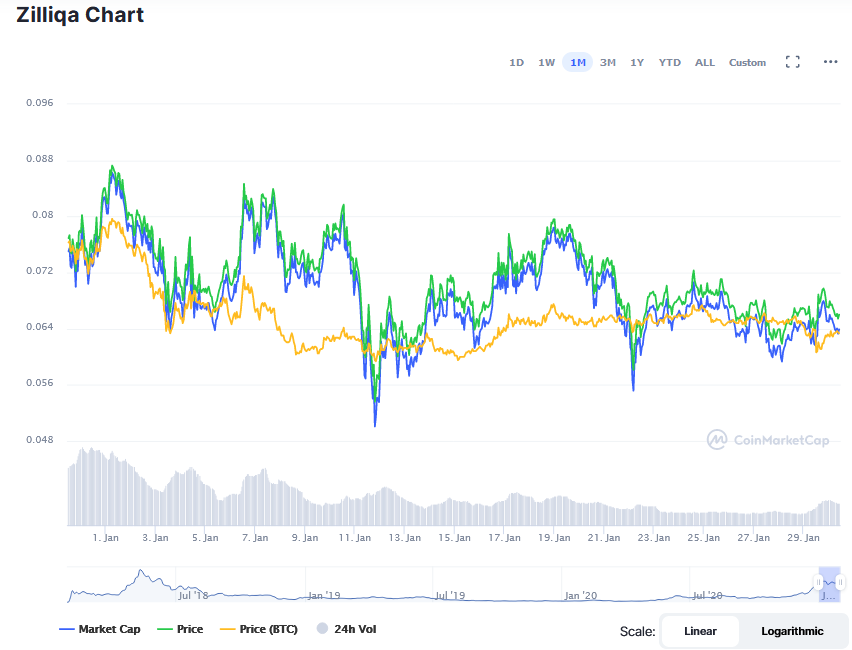 Celsius (CEL) is currently in the 37th position by market cap in the global market. CEL performs many internal roles including to boost user’s payouts. In January 2021, CEL lost about 11.67 percent. 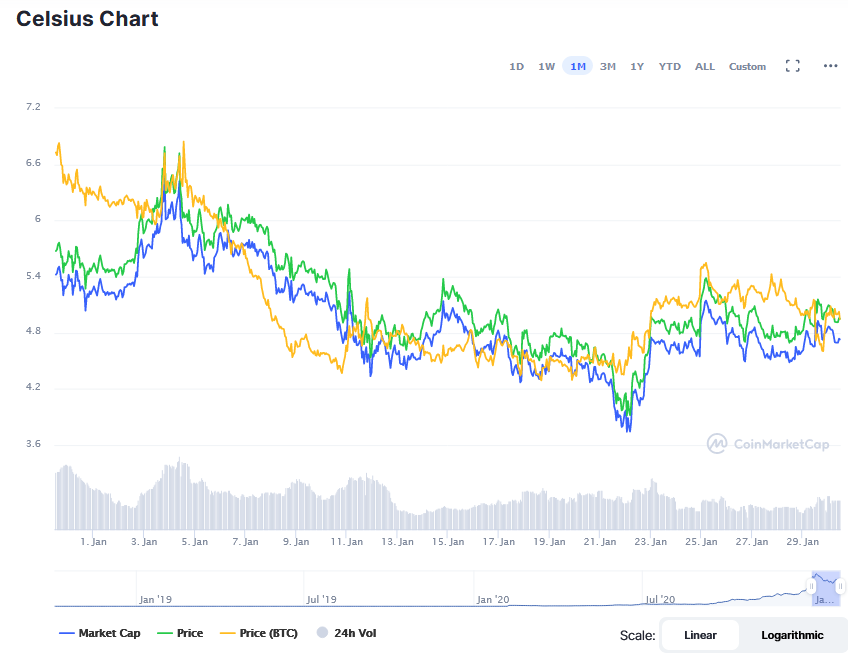 At press time, CEL/USD price is at $4.74 on most exchanges including FTX, Sistemkoin, Hoo, BitMart, etc. The volume (24h) of Celsius is at $14.043 mln and market capitalization of $1.129 bln. The highest price of the month was fixed on January 4 ($6.75). The lowest rate of CEL amounted to $3.89 on January 22. The general trend of the coin is currently range-bound. However, it ended January with almost 9% decline after breaking the $5 price level. 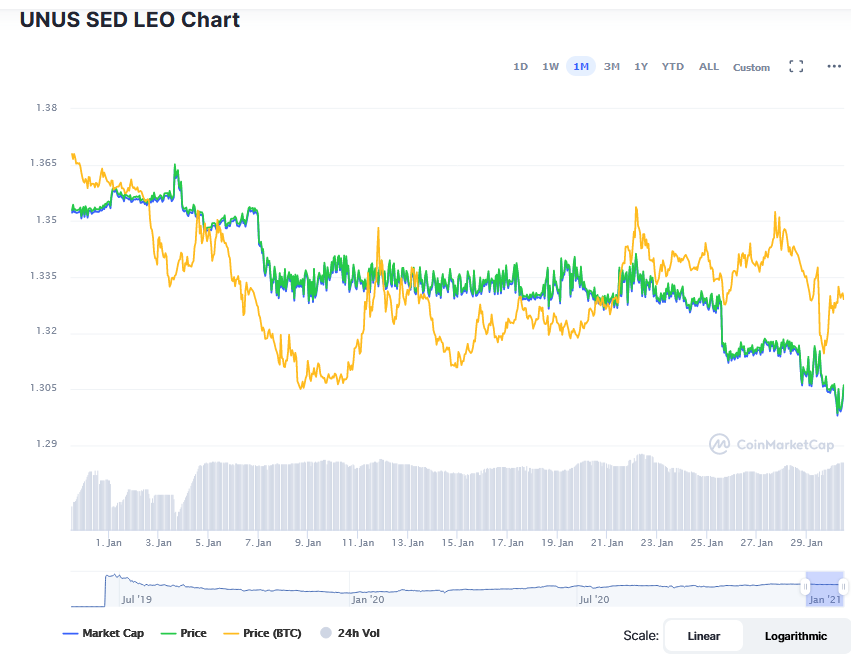 The highest price was spotted on January 3 at $1.36. The low of the month amounted to $1.30 on January 30-31. Considering the general bearish trend during the entire month, there is a possibility of further decline.