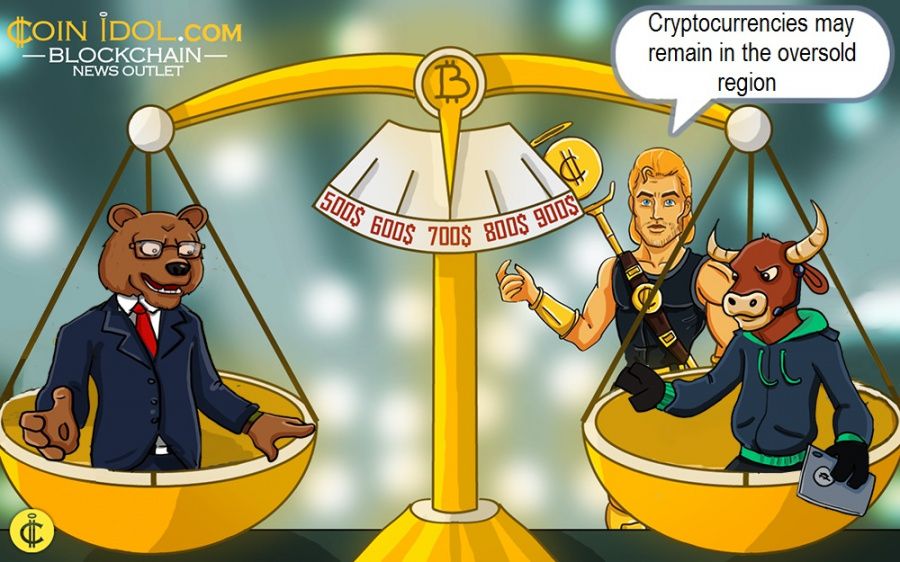 Bitcoin SV has fallen to a $225 low after breaking the $240 lower price range. After the price rally, the market is fluctuating between $240 and $360. The bulls were resisted as they attempted to push above $360 resistance.  BSV drops to a low of $210. The market is making an upward move to retest the lower price range of $240. BSV may drop to a low of $160 if resisted at the lower price range. BSV lacks buying at a higher price level. Meanwhile, the BSV has fallen to level 32 of the daily RSI. It indicates that the price is in the downtrend zone. It also means that it is below the centerline 50. 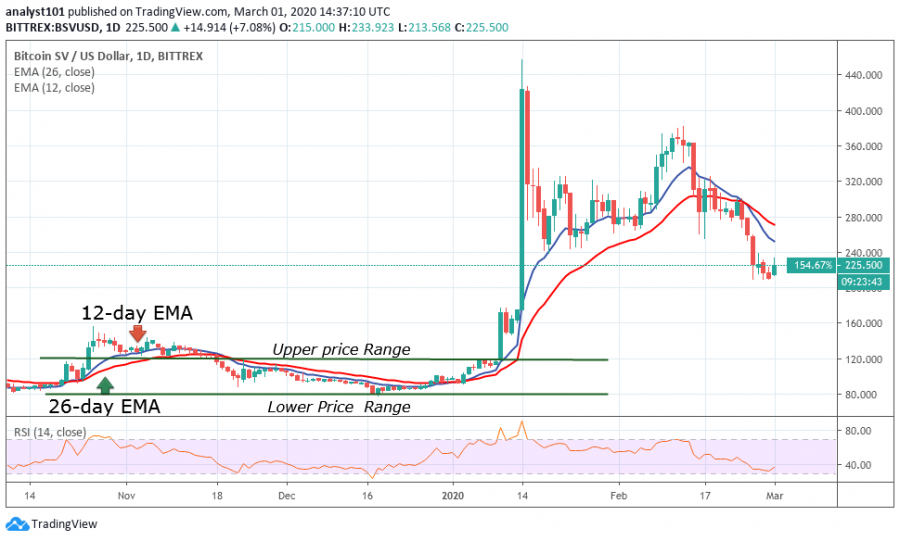 Unfortunately, the bulls could not sustain the uptrend as the price drops into the range-bound zone. The bears have not threatened to short below $0.002000 as price respects the historical price level. In the meantime, DOGE has dropped to the oversold region beneath the 20% range. It means that selling has been overdone. Undoubtedly, buyers are likely to appear to push DOGE upward. 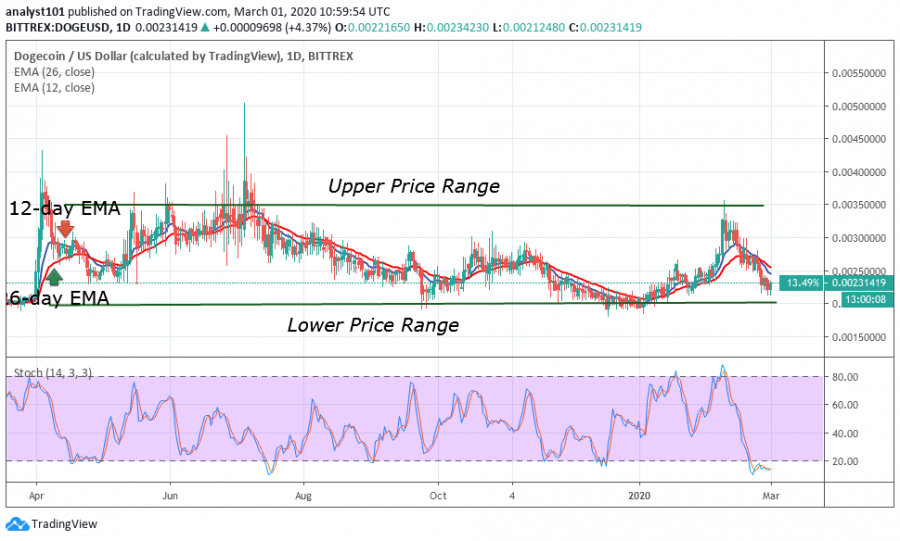 DASH is in an uptrend but it is currently facing resistance at $140. In January, the bulls attempted to break the resistance at $140 but were repelled. The price fell to 12-day EMA support. DASH makes another upward move to retest the $140 price level. The market fell again as the price reached a low of $80. The price is now below the EMAs which is an indication that the downward move may continue. DASH is currently above $80 and if the bears break the current support, it may drop to $60 low. Nonetheless, if the current support holds, it may move up to the previous high at $140. 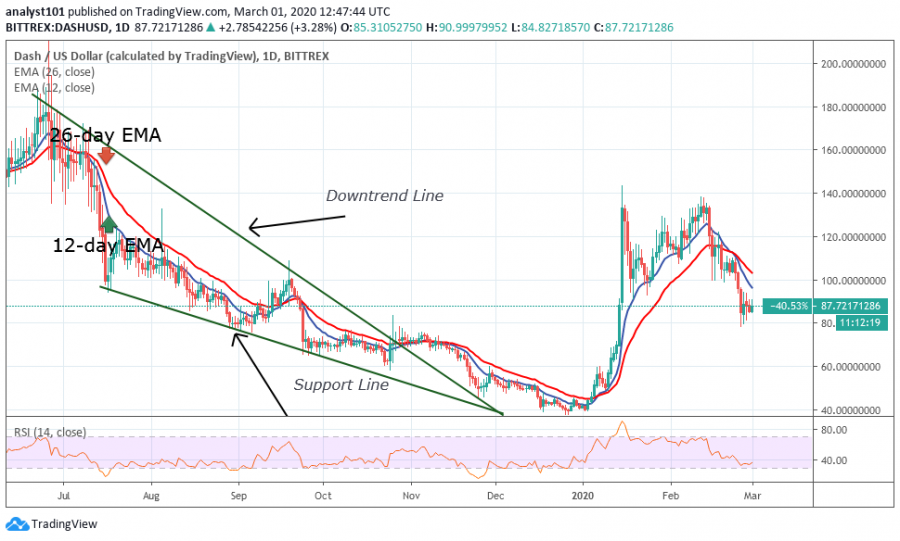 The pair has been on a downward move since February 15. Nonetheless, the price fell to a low of $3.55 and commences consolidation. Nevertheless, as EOS reaches the low of $3.55, the stochastic bands have fallen below 20% range. In the oversold region, buyers are likely to be on hand to push EOS upwards. Therefore the current support is likely to hold and EOS may rise. 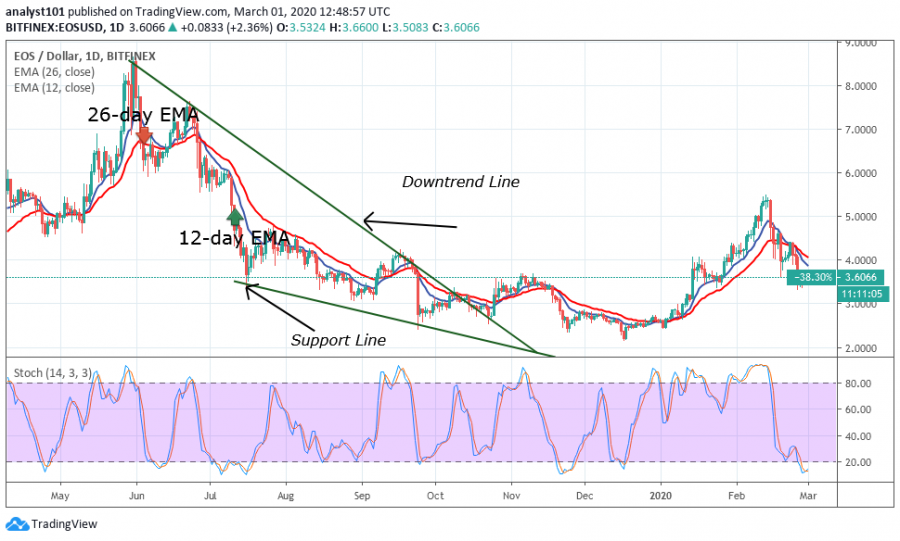 NEO is in an uptrend but the market has fallen to a low of $11.05 after a downward move. NEO was in an uptrend when it reached a high of $16.68. Unfortunately, NEO was overbought at that price level. In the overbought region, sellers are generated to push NEO downward. The market has already fallen to its low. An upward move will resume if the current support holds. A downward move will prevail if the current support at $11 cracks. NEO is presently at level41 of the daily RSI period 14. It indicates that it is in the downtrend zone. 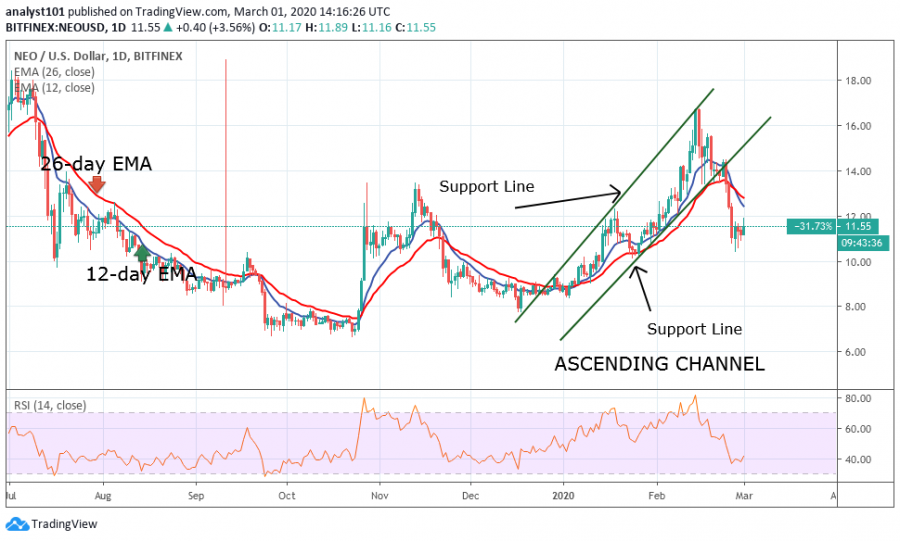