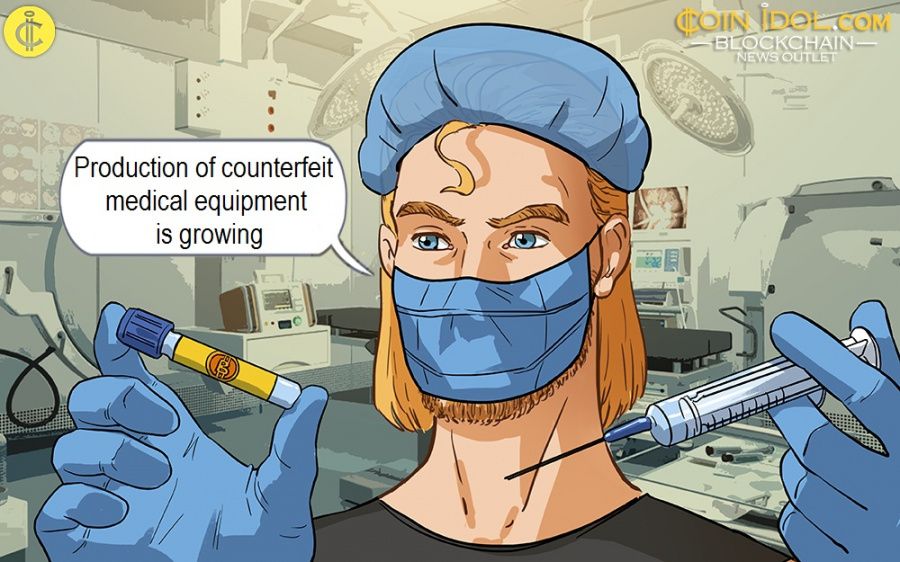 As the COVID-19 pandemic spreads around the world, the demand for medical supplies such as test kits, reagents, masks etc. skyrockets. In its turn, the growing deficiency has pushed a growth in counterfeit products.

Since China has been the leading manufacturer of many kinds of products, it is no wonder that a large share of counterfeit equipment has been exported from the country. For instance, Australia recalled 800,000 fake masks made in China, while another 600,000 were intercepted by Dutch officials and Turkey complained that test kits shipped from China were faulty, too. From Spain to the UK and all the way to Australia, the complaints against China-made COVID-19 medical equipment was excessive.

According to the Independent news outlet, China contributed to the production of counterfeit COVID-19 medical equipment by allowing companies that 'knew very little medical standards' to produce and purchase the supplies. Most non-pharmaceutical Chinese companies quickly diverted their business lines to medical equipment production during the coronavirus outbreak owing to government subsidies, lower taxes, interest-free loans and fast-tracked approvals.

The outbreak of complaints forced the country’s government to strengthen quality control over the firms manufacturing medical supplies. This has resulted in expert bans for companies whose products are of insufficient quality.

One of such countries is a former blockchain startup Tus Data Asset. The company was previously dealing with innovative technologies, Artificial Intelligence and cryptographic algorithms, however, after the COVID-19 outbreak, they have quickly switched to manufacturing medical equipment as this niche is more profitable now.

However, things fell apart for Tus Data Asset when the Ministry of Commerce took the difficult decision to end its medical gear export business citing the production of sub-standard equipment unworthy of exportation.

Another company affected by the same order was a Shenzhen-based audio tech firm Aibaoda that put aside the sale of earphones, microphones and loudspeakers and resorted to exporting masks bought from different Chinese manufacturers. Although the two companies jumped in the market on an ad hoc basis, both companies were found to have absolutely no experience dealing with medical supplies. Their overseas clients had received some counterfeit products supplied by them.

Selling respirators instead of drugs

It seems not only Chinese companies are trying to adjust to the changing demand. Some drug dealers from the darknet also see selling of medical equipment as a profitable business alternative as well.

Coinidol.com, a world blockchain news outlet, has previously reported that since big online markets including Amazon suspended selling of N95 protective masks to the public due to their deficiency for medical workers, some darknet entrepreneurs started selling them in their underground shops. At higher prices, of course.

It might have been caused by the sharp decrease in the demand for the goods they usually offer, such as drugs, stolen credentials and other illegal products, so the entrepreneurs are prompted to seek alternatives to keep their darknet business afloat. So, as we may see, the coronavirus pandemics is indeed changing all markets in the world.