Confideal An ICO That Should Not Be Ignored 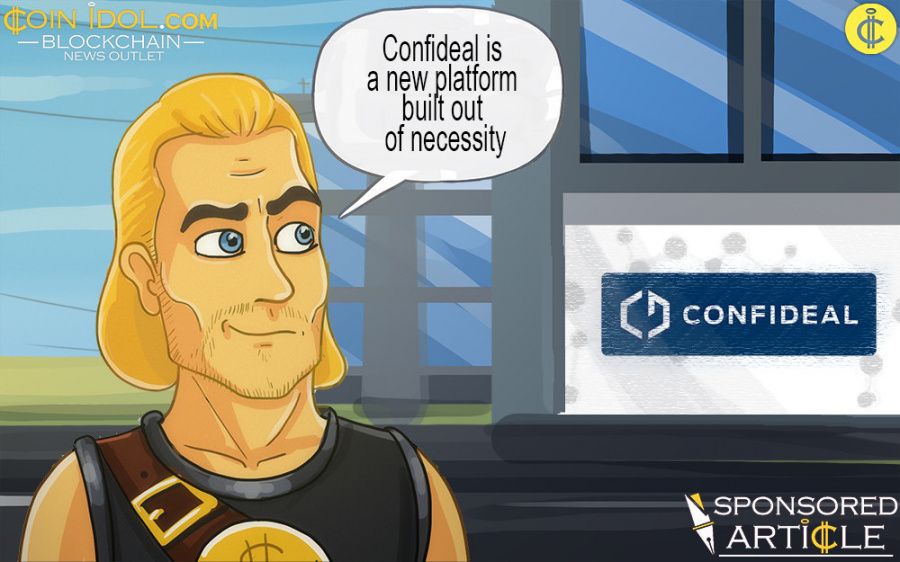 Confideal is a new platform that's designed to bring strength, security, and transparency to the world of contracts as we know it. With an overwhelmingly successful pre-ICO, Confideal is planning the launch of their official ICO on November 2nd, 2017. From there, the company plans on creating an ecosystem through which anyone, regardless of programming knowledge, has the ability to construct smart contracts; providing access to the commercial industry.

Confideal is a new platform built out of necessity. The world's contract process is flawed, with strict forex regulations causing delays in the transfers of funds, human error creating further issues, and third party involvement required among most contracts, errors happen every day that hinder the performance of contracts around the world. Confideal intends on changing that.

Confideal is designed on the Ethereum Blockchain, providing both security and transparency to everything the company creates. However, creating a contract on the blockchain requires programming knowledge that the commercial industry simply doesn't have. This is where Confideal Comes in. Confideal has created an intuitive platform that makes designing and creating smart contracts a breeze. These smart contracts can be created from templates provided through Confideal's platform.

Taking Human Error And Currency Concerns Out Of The Equation

As mentioned above, when creating contracts, one of the biggest issues is human error. Whether it be an error in how the contract was written or an error in the perception of the performance of the contract, human error leads to contractual headaches every day. Confideal ultimately takes the human error out of the equation.

What If Parties Don't Agree With The Outcome

Confideal has created a system for this as well. Not only does Confideal create the contracts, it acts as an arbitration hub should the parties involved in the contract not see eye to eye. With various arbitrators available, the parties would display their case. From there, the non-biased arbitrator, who has no information of who the parties on either side of the coin are, would make the decision based on the data available to them, making resolving disputes a fast and simple process.

The Confideal platform uses CDL tokens to fulfill smart contract statements made within its ecosystem, and it's clear that the demand for these CDL tokens is high. During the Pre-ICO, Confideal planned on raising 600,000 USD through the sale of 6 million CDL tokens at a rate of 1ETH per 1,000 CDL. The company quickly filled ICO orders, raising a total of 650,000 USD.

If you're looking for your opportunity to get involved in an ICO like no other, look no further. Confideal's official ICO launches on November 2nd. During the ICO, the company plans on selling 100,000,000 CDL units for a total sum of 70,0000 ETH. Tokens not purchased through the ICO will not go into circulation and after the conclusion of the ICO, minting of new tokens will not take place. Therefore, all tokens available within the ecosystem will be made available during the ICO on November 2nd.

The Confideal Management Team Is Aligned With Investors

Confideal has interest that are directly aligned with investor interests. Because the project provides a prosperous opportunity int the crypto-centric world, it offers a unique investing opportunity. With a management team and incredible advisors, partners, and supporters, Confideal is confident in their ability to effect success. For more information, view our White Paper or our fully functional test version of the product.

Confideal team is positive about the expectations of the investors. No surprises here, because the project has a prosperous situation regarding legal issues (governmental support and investments). Moreover, the project has great advisors as well as big partners and supporters that are shown in the White-Paper (reference). However, so far, the biggest and strongest point of the project is the availability of the  fully functional test version of the product.

Tags
ICO Contract Platform Companies Transparency Industry Token
Most Popular
Feb 25, 2021 at 12:35
News
Bill Gates vs Elon Musk: How Whales Influence the Bitcoin Price
Feb 25, 2021 at 11:11
News
Ethereum Holds Crucial Support, Retests $1,700 Resistance
Feb 25, 2021 at 10:17
News
Ripple Shows Sign of Strength as It Attempts to Break the Resistance at $0.50
Feb 25, 2021 at 09:00
News
Why Credit Cards are a Terrible Online Casino Payment Method
Feb 24, 2021 at 15:53
News
The Land of Controversy: China Is Leading Cryptocurrency Market Despite the Hostility of Regulators
More