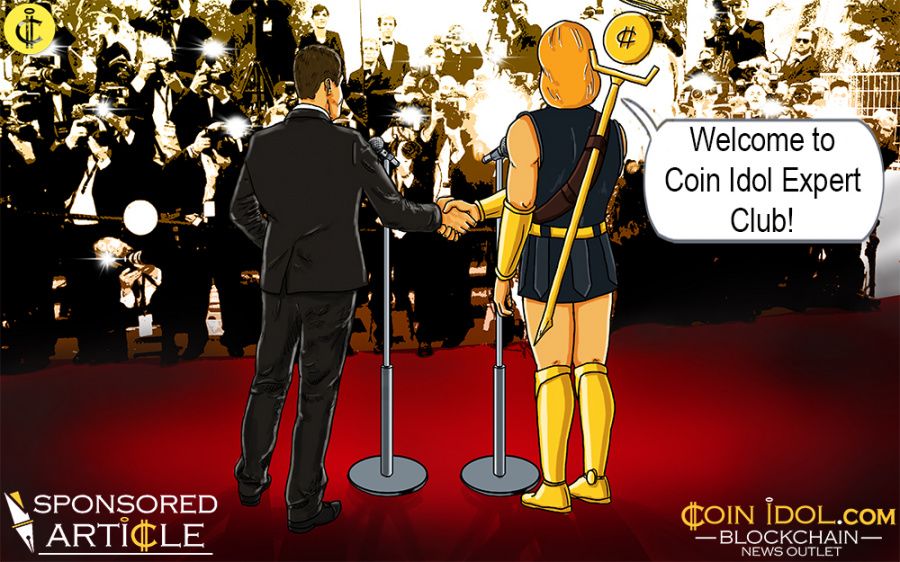 Cryptocurrency development, trends, challenges, and innovation are the ‘breaking news’  for several blogs, vlogs, news channels and other information outlets. These platforms offer analytical resources, breaking news, and market information for the most exciting industry in the market now.

Some names have left indelible marks on the industry and have positioned themselves well ahead of the pack. One such is Coinidol.com.

Boasting over 250 thousand viewers every month, Coinidol is one of the industry leaders in blockchain news. The veteran news site has continued to be at the forefront of reporting the industry’s development, heralding unparalleled accessibility to information. Now, in a recent development, it’s set to make its own headlines with the launch of the exclusive Expert Club.

By opening a club meant for cryptocurrency’s smaller players, Coinidol’s Expert Club will correct the problem of centralized handling of news with only the names of major cryptocurrency identities. Coinidol is providing upcoming cryptocurrency enthusiasts a chance to be a featured and quoted source.

The club will be a competition of ideas, wherein only the best contributions from members will be published. But it is not going to be like the ancient Greek marketplace where philosophers talk about the essence of cryptocurrency. Instead, members will adhere to strict rules and regulations governing the club and its members.

Coinidol.com editors have the final say in all published quotes, and in the event of any rule violation, membership will be revoked. The editors choose the best ideas from among members and also have the right to delete any promotional quotes.

The CoinIdol platform prioritizes reputation and trust above other attributes. In addition, all approved quotes which are published will be tagged with members’ data including name, picture, brand website URL and other insertions. These protocols are meant to weed out  scammers or fraudulent members, and sustain a high caliber of trust amongst applicants.

George Gor, Coinidol’s CEO, stressed the worth of  reputation and trust over financial gains in his statement:

"We keep our ethics. That's why we do not change anything in our official editorial policy. We refuse publication of any advertising inside editorial articles. If you want to publish any advertising, the only way to do that is to order an official sponsored article, marked with the disclaimer "paid advertising".

Through this club, CoinIdol is finally giving a voice to the crypto community participants to not only express themselves but also impart their wisdom, insight, and opinions on the industry. The published members quotes will be viewed by nearly a quarter of a million viewers distributed across 174 countries from around their world. Membership in the Coinidol Expert Club is a paid privilege.

Membership can be purchased.