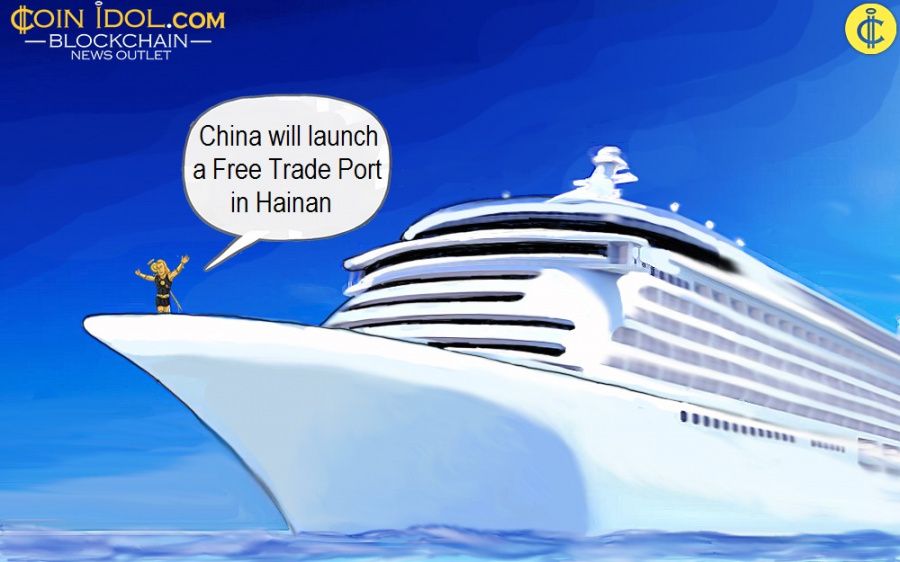 China is promoting the construction of a free trade port in Hainan as a substitute for Hong Kong (HK).

DLT has the potential to construct efficient management networks

As per Xinhua News Agency’s report, the Communist Party of China and the State Council announced the Overall Strategy for the Construction of Hainan Free Trade Port (HFTP) to foster Hainan into China’s financial, trade and investment centre. The strategy to construct the HFTP has three stages for each period.

By 2025, the Party looks forward to creating a basic structure for free trade ports (FTPs) through liberalization of trade and investment. It is the completion of global FTP. In order to spellbind regional headquarters for multinational corporations, the government has implemented industry-friendly policies such as concession duty zones and a 15% reduction in corporate income tax.

In addition, it is fostering the advancement of the economy through intensive construction of latter-day service and high-tech industries. Authorities are optimistic that cutting-edge technological tools, including DLT, will help build a scientific and powerful FTP management network.

Expanding the use of DLT to various sectors

The Chinese authorities are devoted to increasing the application of blockchain to various fields such as intellectual property trading and authentication and finding new models suitable for the building of FTPs.

The HFTP is one of the Chinese Dream projects to emerge as a superpower beyond the United States. The Chinese President Xi Jinping is pushing forward with the development of Sheung Shui New Area.

The idea to develop the HFTP unveiled China’s intention not to be pushed by the US in the context of the escalating conflict between the US and China due to the enactment of the HK Security Law (HKSL), the government revealed that it is aiming at making Hainan a substitute for HK.

The US has launched a process to revoke its special status as a business capital against HK in retaliation for China’s enactment of the HKSL. The HKSL was passed at the voting of the 3rd general meeting of the 13th National University of the Nations on May 28, 2020, to strengthen the punishment for China’s attempts to separate and overthrow Hong Kong.