Chek is a Token Connecting Business and Charity 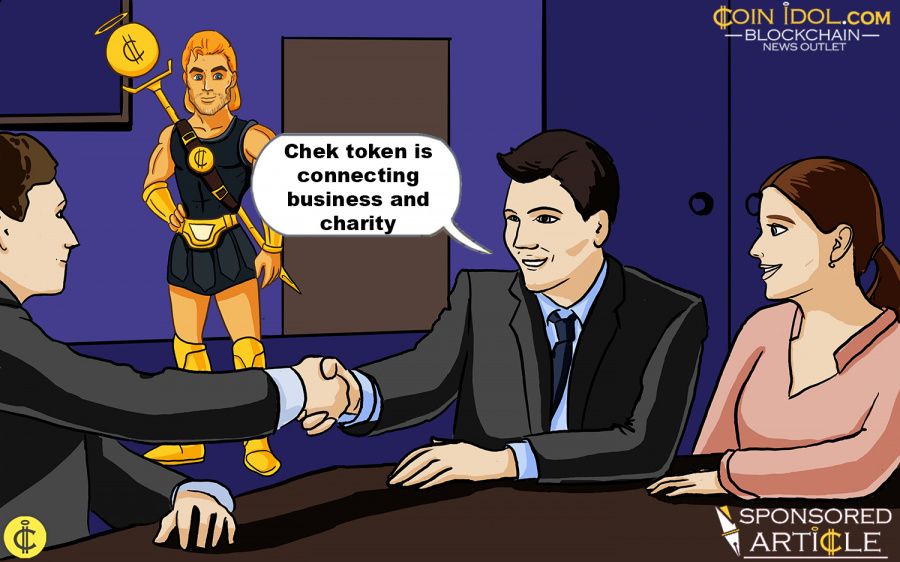 Chek is the name of the 'One + One' project token.

What does the ‘One + One’ project do? The key idea of the project is the redistribution of world finance in favour of socially responsible players of the consumer market. The challenge is so tough, and is utopian at first glance. But this is only at first glance.

How is this problem being solved?

There are four main components of the project:

·         Charitable foundations are entities that are designed to solve the global problems of contemporary people.

·         Socially oriented business (Good Corporate Citizen) are companies that are engaged in charity. In the world, about 70% of large companies are actively involved in charity.

·         Loyalty programme is a unique mechanism that motivates businesses to systemically participate in charity.

·         Chek token is a connecting element through which businesses display interest in participating in the loyalty programme and thereby contributing to charity.

Now let us present things in due order:

First, ‘One + One’ began to pool charitable foundations into the Charity Blockchain Association. Members of the Association upload their financial statements onto Blockchain thus making their statements unchangeable and accessible to anyone. Such funds will enjoy great trust from donors, which is extremely important for any decent fund. It is free of charge for foundations to upload statements. Therefore, they are happy to join the Association.

But how to use Chek? For that purpose, ‘One + One’ engages a business that is ready to accept Chek as part of the payment for its goods and services. Today, the 'One + One' marketplace already unites socially responsible businesses that help charity with each sale. The number of partners grows weekly. But, the marketplace is only a small element in dealing with the business.

Why should business accept Chek as payment for goods? Accepting Chek as payment for a part of the goods, businesses become a party to the global incentive programme and will receive a stream of customers (you remember, 1.5 billion) and the image of a socially responsible company. In addition, Chek will grow in price.

But cryptocurrency is not yet a mass phenomenon, tokens will not be accepted at every store. To solve this issue, donors and foundations are awarded points, as in a regular loyalty programme. Points are legal all over the world and are understandable to every person of today. But each point is equal to a Chek token. Thus, stores accept points but can turn them into money when they want.

Why will Chek grow in price? Here is a number of factors. Let us just point out the main ones:
- The structure of token acceptance increases with the growth in the number of business partners.
- Through the use of points, you can manage the introduction of tokens to the market. That means a foundation with a lot of Cheks cannot sell a large amount at once.
- Emission management. The rules for issuing tokens are set using a mathematical formula developed by professors of the Higher School of Economics.
- PR resources of charity. The rate of cryptocurrencies is very sensitive to the market news. Since charity funds are the main beneficiaries of Chek, they will provide the necessary positive PR.

The last two items are managed by the DAO which consists of the main owners of the tokens, foundations and businesses.

It turns out that redistribution of the world’s finances in favour of socially oriented stakeholders of the consumer market is not really a fantasy. If you remember that until very recently no one has believed in Bitcoin’s potential, any doubts in the future of Chek will disappear at all.