Chainlink Struggles above $10.66 and Breaks Through Current Support 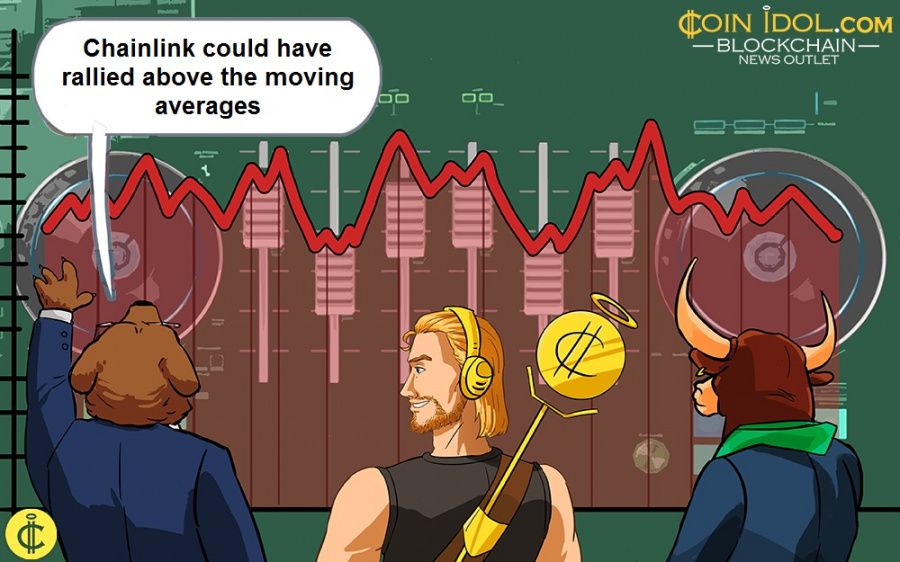 The price of Chainlink (LINK) is in a downtrend as the cryptocurrency hovers above April 30 support. On April 30, Chainlink fell to the low of $10.66 and continued its sideways movement above the current support. The upward movement was staved off at the $12.28 resistance level.

Chainlink is at level 33 of the Relative Strength Index for period 14. The cryptocurrency is falling and approaching the oversold region of the market. The market has already reached the oversold region when buyers appeared and pushed the prices to the high of $12.28. Currently, the altcoin is below the 20% area of the daily stochastic. 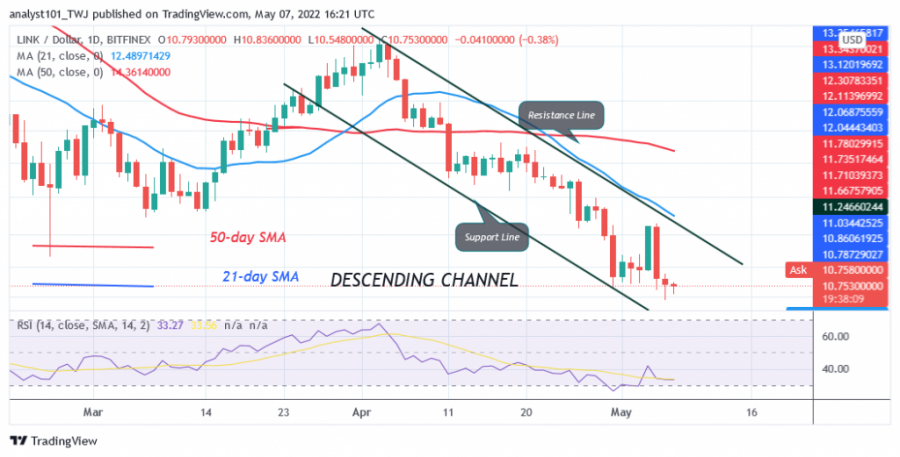 Chainlink is bearish as the bears are just below the current support. The price indicator has indicated a possible decline. Meanwhile, the April 30 downtrend has a candlestick body testing the 61.8% Fibonacci retracement level. The retracement suggests that LINK will fall to the 1.618 Fibonacci extension level or $8.44. The price action shows that the altcoin has fallen to a low of $10.54. 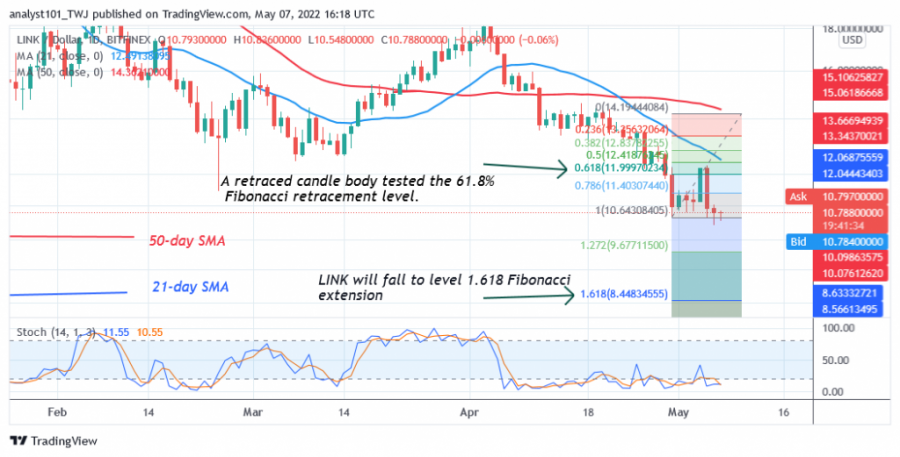