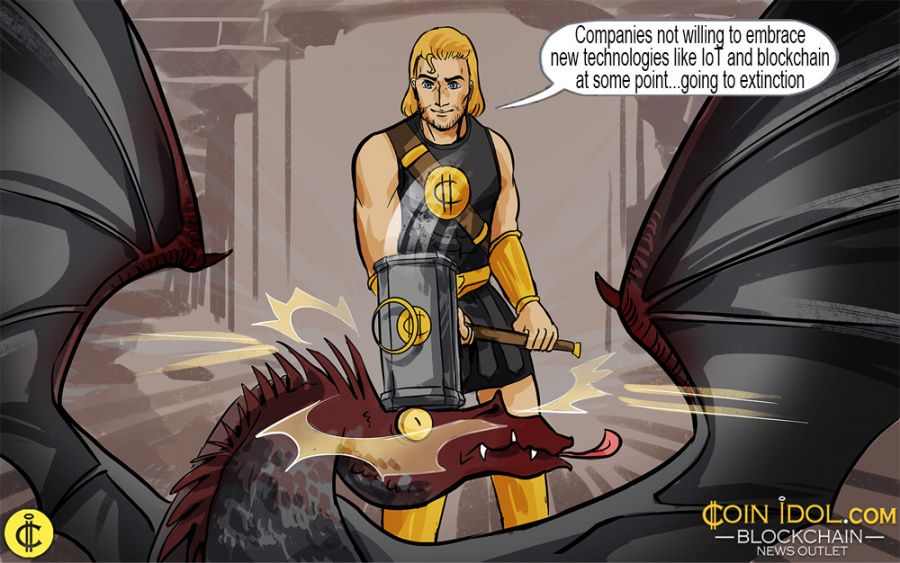 Frederick Smith,  Chairman and Chief Executive Officer of U.S. Logistics giant FedEx, is more zealous on his commitment to clasping blockchain technology as one major way for the long-existing company to maintain its position in a vigorously changing digital world.

Smith elaborated that one main issue that the logistics and transportation industry has experienced is the 'massive amount of friction' in cross-border logistics since many countries have different standards, terminologies and regulations.

"For cross-border shipments, trust is legal requirement for every transaction. What blockchain has is a potential for the first time ever to make the information available for everybody," Smith said this during the conference and also commended the 'chain of custody' that the blockchain technology can cause to the whole logistic industry.

Smith also commented on the importance of moving the times as a company and said:

Currently, FedEx is collaborating with an organisation called the Blockchain in Transport Alliance that is taking a stab at setting industry standards for applying the technology in transportation. Smith is convinced that blockchain is one technology that is soon transforming the package delivery business as FedEx Corp is trialling the technology to trace large, higher-value cargo.

World’s technology experts pay rising attention to Blockchain technology. Elon Musk apparently entered into blockchain when he announced in January that his boring Company tunnel-digging venture would begin selling a $600 flamethrower such that it can fund its future projects.

Experts further discuss blockchain technology's capacity to revolutionise the globe by using it in different areas ranging from agriculture to energy in addition to cryptocurrencies. "Blockchain technology is not only be connected with money, is more about economy's structure," said Kadir Kurtulus, co-founder of Proofstack a timestamp system based on blockchain and head of Blockchain Association of Eurasia (BLASEA).