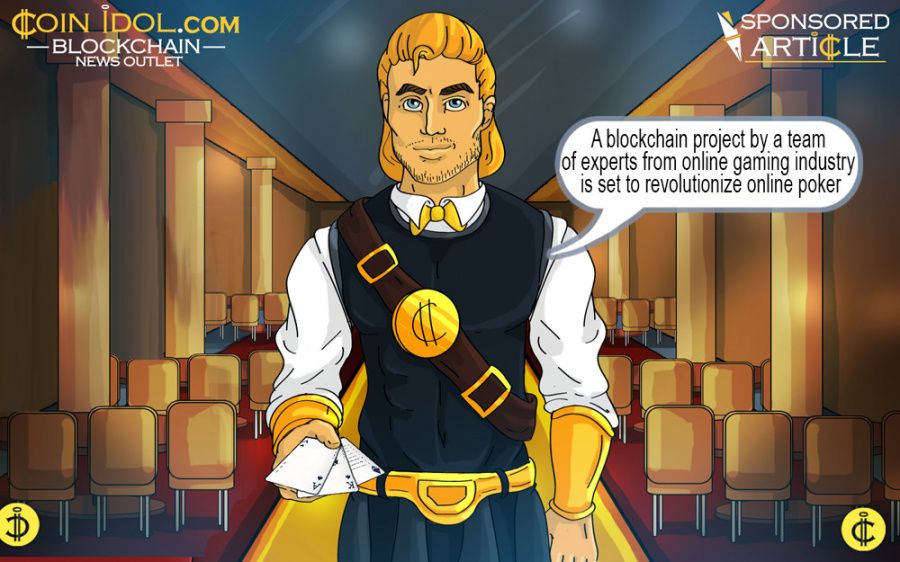 As the development of the new-age poker room continues, the Cash Poker Pro platform recently announced the launch of its crowdsale, where people can purchase the platform's unique CASH tokens. The two-stage ICO began offering the tokens as part of the Pre-ICO campaign that started on August 26, 2017.

Cash Poker Pro, the modern decentralized poker room implements blockchain technology to speed up transactions between players in a cost-effective manner. At the same time, it also adopts distributed ledger based, virtually tamper proof Random Number Generator (RNG) to ensure transparency and security of the patrons.

Most of the online gambling and poker platforms presently use centralized random number generators which are susceptible to manipulation by hackers or even the platform owners themselves. But with increased decentralization of the platform's vital functions — like the new RNG, players can breathe easy as it will be virtually impossible for anyone to trick the system.

Cash Poker Pro has a three-phase development process, starting with the creation of an online poker room, followed by its integration with various chat applications including Facebook messenger, WhatsApp, Telegram and more. The blockchain implementation into the platform will continue during the third phase of development.

The ongoing first stage of the platform's crowdsale started on August 26, 2017 and will go on till September 6, 2017. The ICO will soon follow in the second stage on October 26, 2017 till November 18, 2017. In the ongoing crowdsale, Cash Poker Pro is offering 8 million CASH tokens to the participants at the price of $0.05 per token. Most of the funds from the presale will be utilized by the project to promote the main ICO.

Starting on October 26, the main ICO will offer 60 million CASH tokens on sale along with exciting early bird bonuses. The token price at different intervals during the ICO will vary as per the list below:

Those purchasing the CASH tokens during the ICO can not only use it to place bets on Cash Poker Pro platform, but also trade like any other digital currencies. In addition, they also stand to earn a share in profits made by the banks in poker rooms.

CASH Poker Pro looks forward to expanding its project across geographies to strengthen its foothold, while offering quality services to the gambling community.

More information about the project is available on the platform's website.