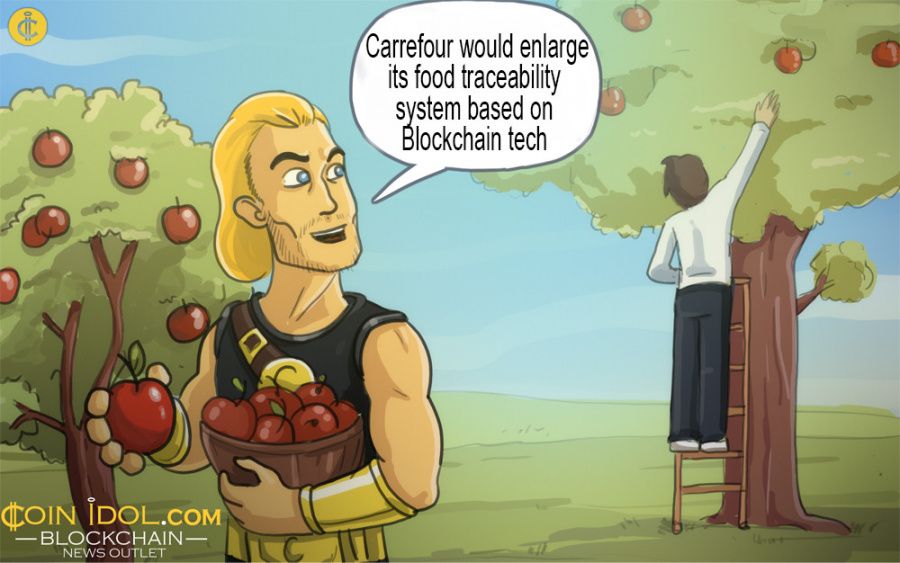 French supermarket group Carrefour announced on Tuesday that it would enlarge its food traceability system based on Blockchain technology to add eight more products by the end of this year. At the present moment, the fintech programme includes only some chickens.

According to the reports, the supermarket group said in a statement:

"For consumers, it responds to the need for greater and greater transparency, for producers, it allows them to obtain more value from their production and know-how"

Blockchain is the financial technology that underpins virtual coins such as bitcoin, the most famous digital currency on the cryptocurrency market. However, innovative and modernized applications that make possible the secure and transparent sharing of information are entering the financial market today due to the efforts of large companies and influential authorities.

France’s largest grocery chain started to implement blockchain tech trying to trace the number of chickens in France's Auvergne region. Recently, Carrefour reported on its plan of expanding the blockchain program to eggs, cheese, milk, oranges, tomatoes, salmon and hamburgers by the end of 2018.

If a consumer wants to know detailed information about the chickens, including where and how they were raised and what they ate, he should scan a code on the package with the help of his phone. Farmers carefully report to a digital ledger at each stage of growing and processing the chickens.

In January, Carrefour brought to the public its intention to reconstruct the whole business, taking into account constantly increasing rivalry from major competitors and e-retailers. One such initiative aims at raising the number of organic foods, as consumers started to care more about food production methods.