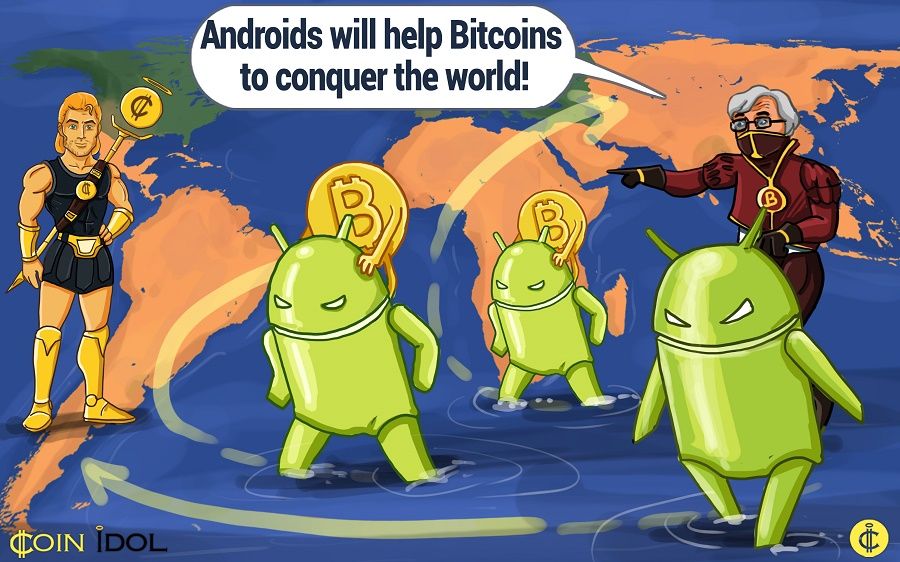 Today, people are likely to choose mobile apps and wallet, instead of using similar software solutions on their PC desktop. It is the same situation with Bitcoin mobile apps and online wallets.

Statistics from recent years show the growth of the mobile payment apps used by smartphone owners worldwide. According to statistics published in 2015, 10% of Android users have tried Bitcoin apps.

Moreover, a new analysis from Frost & Sullivan, a Global Gaming Market Tracker—Mobile & Console Gaming Market Forecaster, shows significant growth in the mobile games market in the US, Japan, Korea, China and the UK.

“Countries like Indonesia and Brazil are showing increasing interest in Bitcoin and this will eventually lead to further growth in mobile gaming revenues." 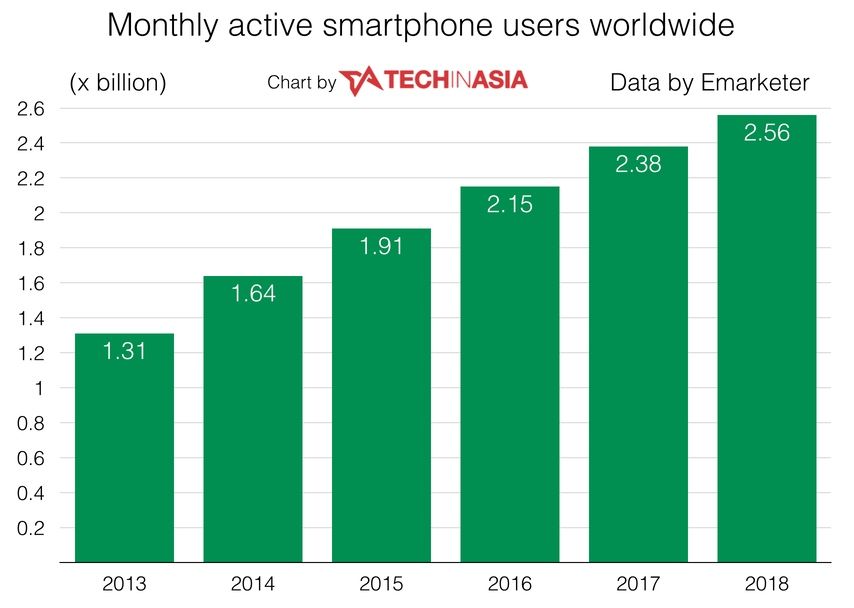 In some countries, the spread of smartphones and cryptocurrency popularity grows even faster. India, Indonesia and Africa are regions where the demand for alternative payment systems and non-banking remittance is bursting. Moreover, in these countries, people prefer to buy cheap smartphones with Android, rather than Apple products with iOS.

Andreu Rodríguez i Donaire, President of Barcelona Mobile Apps, one of the most important mobile app developer’s association in Barcelona, who is also the front man of the Blockchain Department of Atraura Labs, an innovation accelerator from the IN2 Group, Android apps developer and Blockchain expert commented to CoinIdol.com on the possible scenario:

“Personally I think that as much as we can have cheaper Android phones as much we'll be able to have at least 1 device for every person in the world. That enables Fintech and Blockchain companies to work for a wider market, making more valuable their efforts to develop new solutions involving for example Blockchain and IoT. It’s also clear that for this being a reality, Blockchain and Fintech companies must develop more accessible technology for this cheaper and less powerful devices, so cheaper Android phones will only make sense in the financial industry if their developers are able to bring this financial technology into them.”

The number of smartphone users, for example in Indonesia, is growing fast, which also can stimulate the growth of Bitcoin. 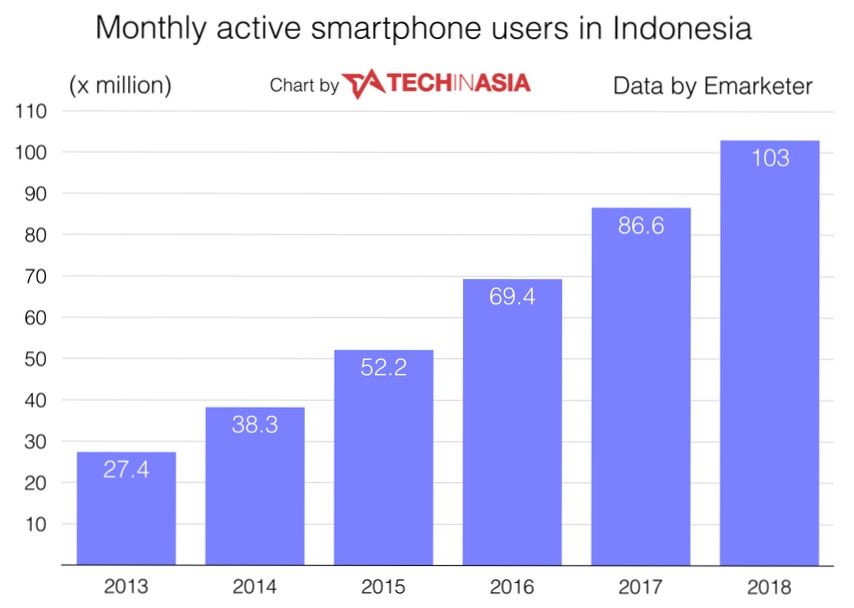 If 10% of the growing number of smartphone users become new Bitcoin users, we can expect that the spread of smartphones is the reason for Bitcoin adoption growth, especially in countries like Brazil, Indonesia, Philippines, India, Pakistan, etc.

Bitcoin in Asia and Africa

Stephen DeMeulenaere, co-founder of Coin Academy, complementarycurrency.org and network-economies.com told CoinIdol that in Indonesia he found no correlation between the number of smartphones and number of bitcoin users, however, the group he is a co-coordinator of, Bitcoins in Bali, is working to change that. But people will only put wallets on their smartphone if they have places to spend them, so both sides of the market have to be supported.

He also commented on the situation in Asia:

“I personally know several people who had a bitcoin wallet before they had a bank account. It's nearly impossible to get a Visa or Mastercard here, and Paypal locks accounts all the time, and they only allow accounts denominated in US Dollars, (in violation of Indonesian law, actually) and then they get a conversion fee to Indonesian Rupiah, on top of their other fees.
For me to get a local Visa card, I had to open a term deposit for 110% of the credit limit of the card, so that makes it kind of like a debit card, and I'm charged 3% to use it for purchases, plus an annual fee of around 25 USD.”

Stephen DeMeulenaere noted that Indonesian people went through the Asian Monetary Crisis, and now they want to know that they won't get screwed again. Still, purchasing Bitcoin usually requires fiat money to use a Bitcoin ATM with a fee of 1.5%, or a bank card with many other fees. So again, it is not very easy for people to be able to access Bitcoin.

“I don't know the rest of Asia so well, anyone else here? I think China is a very different story, where you would see a much higher correlation because of the need to keep money private from prying eyes.The same in Thailand and Malaysia.
So back to my original statement: Supply is the issue. If we can encourage people to take a full two-week holiday and be able to spend 75-90% of their expenses in bitcoin, then we're building a supply in the economy that will definitely motivate people with Android phones to get a wallet.”

Vishal Gupta, Founder of the Bitcoin Alliance India, and CEO at SearchTrade, also mentioned that while he doesn’t see a direct correlation between Bitcoin adoption and smartphone use, there is still the fact that more technology adoption will increase the potential market size.