AI & Blockchain Summit hosted last week by InnMind at Smart City Expo World Congress in Barcelona is recognized as a turning point between dreams and reality, as most startups have commented. The 3-day event turned out to be a complete success not only for young companies, who looked for support, but also for the mature industrial companies and partners, who came there to network.

For InnMind team the most important outcome of the event is the new business development opportunities, opened for our sponsors and participants. Right now the team is still collecting feedback and follow ups, but they already see that many companies have reached their KPIs for relevant b2b connections during summit as a basis for their business development pipeline for 2020. Among them there are POCs for blockchain implementations with customers from corporate and public sectors, investment relationship for future funding rounds for startups and strategic partnerships for business expansion in the new regions. This was the main goal of the event and the team is happy that they could reach it for their network.

The past AI & Blockchain Summit in Barcelona, under the organization of InnMind, could only be associated with the brightest and most positive emotions. Although, by no means the three-day consecutive program could be considered a “relaxing time”, the summit has managed to gather its attention amongst the Smart City Congress by inviting representatives and recognized experts in the AI and Blockchain industry:

And many others who are reflected on the official webpage, shared a moment with InnMind on stage, exploring and embracing the potential of future technology, by focusing all the sight on their ideas. 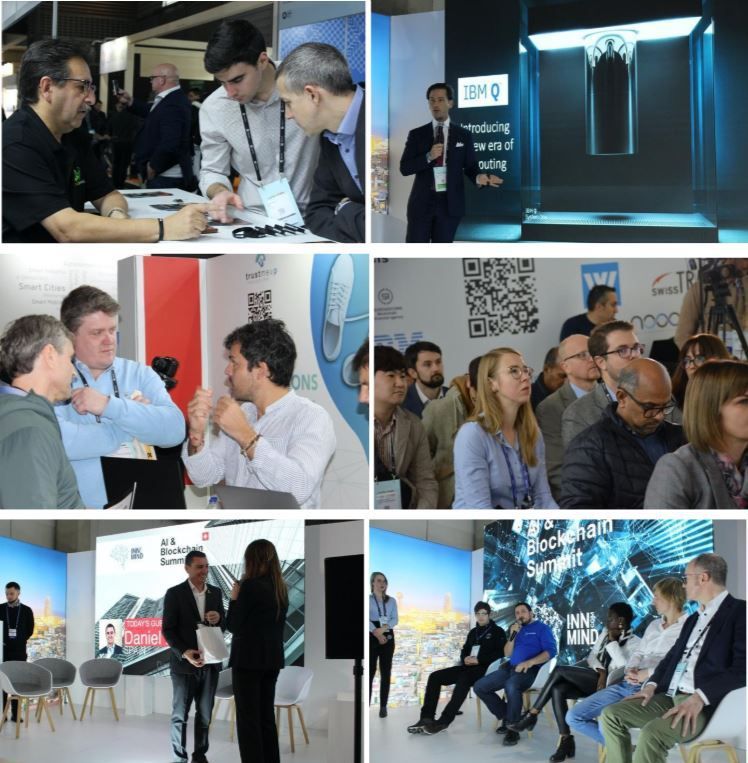 The first part of the Summit was fulfilled with amazing moments where the audience had to witness the new developments of high-tech and industry leading companies in AI and Blockchain, but also moments to network.

Future and present of technologies are already here! You can witness real cases of AI, blockchain, IOT implementation everywhere! This is an essential part of human, urban and community life. And this is a core mission of AI & Blockchain Summit: to promote  the best tech practices and share bright ideas that are coming from all over the world. Last BLS Summit events were held in Switzerland, in 2019 you joined us in amazing Barcelona, so wait for the next chapter of this incredible story in 2020”

A cherry on top was the After Party networking event at Bivio club In Barcelona, where the ambience was more relaxing, informal and joyful, although the participants still have managed to raise serious discussions regarding digital privacy risks, the use of Blockchain in public sector of some European countries and how they could overcome the obstacles of a daily bureaucracy. Representatives of government and non-profit organisations from Switzerland, Catalonia, EAEU, Armenia, Moldova and other countries shared important insights in an informal manner.

The second part of the summit was highlighted by the official Startup competition, aimed at accelerating young stars to their full potential, under the guidance of mentors and strict analysis of the jury members. One of the most anticipated prizes for winning a competition was the scholarship offered by Draper University and InnMind. The result of such a competition was far different than expected- the jury decided to amplify the amount of nominations. All of the winners received a standing ovation from the visitors, but most importantly – a shot to make their dreams come true.

Bloqcube - "Blockchain for Impact" nomination, was awarded with a special program “InnMind & Partners” as well as a roadshow in Switzerland. 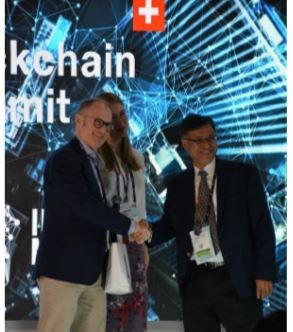 “Dear Judges, thanks for the insights and advice you gave before and after the competition. Your insights will help in accelerating BloqCube’s growth and the network access you provide adds another ring of strength for us. Dear Nelli, Ivan, Anton, and the entire InnMind team, you put on a super event. Thanks for your hard work and outstanding speakers from whom we could learn from! It was terrific!” - said Rama Rao from BloqCube.

NTK Logistics – 3rd place, won $4000 scholarship from Draper University as a part of their acceleration program. 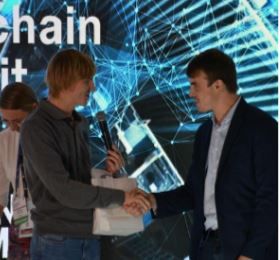 “The AI & Blockchain Summit organized by Innmind in Barcelona has enabled the founders of NTK Logistics connect with people, knowledge and in general a highly favorable environment for reviewing the way we introduce ourselves and also for the development of new ideas and innovations. The knowledge, feedbacks and connections acquired during the Summit represents the basis on which NTK Logistics plans its future growth. Specifically, our close relationship with the coaches and the Jury, as well as Innmind Team has helped redefine the way we want to build our value proposition, expansion plan, approach to investors and general fundraising strategy.  Overall, the AI & Blockchain Summit organized by Innmind in Barcelona has opened new perspectives to NTK Logistics.” - commented Mike Cuingnet, founder of NTK Logistics. 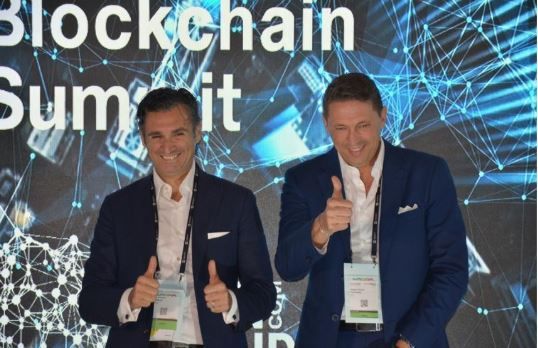 “First of all, we would like to express our gratitude to InnMind for an excellent organization of the event, assistance received from the staff as well as the quality of the speeches that took place during those three days. We are extremely happy for the result obtained during the Start Up Competition and in particular, for the excellent mentoring phase led by Mareme Dieng. Right now we are very enthusiastic to develop the activities related to the awards received, such as participation in the "Hero Training 2020" promoted by Draper University at Silicon Valley as well as the opportunity to develop our business in Andorra”, - Angelo Fasola, CEO of TrustMeUp.

GeoDB – 1st place, won $5000 scholarship from Draper University and an investment round with InnMind investment engine, as well as $50000 voucher and fast-track listing on KuCoin exchange. 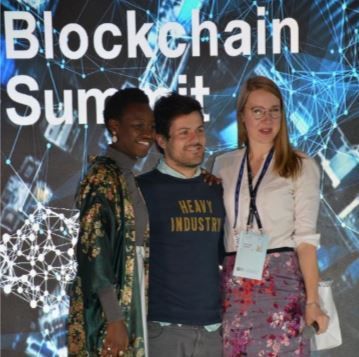 “Blockchain Summit in Barcelona was a wonderful experience. We had an opportunity to share experiences with other relevant players in the market, make connections and close some potential big partnerships for GeoDB. Participating and winning the startup competition is definitely a tipping point for the company as we move towards the product launch in the coming months. We are really looking forward to coming back next year!” – comments Luis Gelado, the founder of GeoDB, a decentralized peer-to-peer big data sharing ecosystem, which returns value to its generators, the users.

Ledger company that produces world best-seller hardware wallets, together with AI & Blockchain Summit has also managed to involve the audience on 100% and launched a Social Media Contest with a giveaway of Ledgers to the winners! 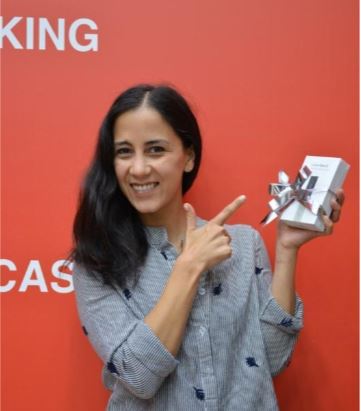 Speaking of the potential projects that surprised the audience, one of the sponsors of the Summit was a young Russian company that specializes in production of healthy snacks- popcorn. Throughout the three-day program, the Russian star has managed to “fuel” the connections, but most importantly, come up on international stage, taking a small step in the European market lead. Holycorn specializes in producing a non-GMO, vegan and vegetarian friendly, 100% organic popcorn with natural flavors. Combined with a modern design, this company has caught the attention of InnMind to give the “popcorn king” a shot in the European market.

Considering such an output and positive feedback, the organizers are already planning the next event in 2020, which will be even brighter in terms of the amount of opportunities and potential business development.