Blockchain Scammers Mercatox Use 'London' As A Cover? 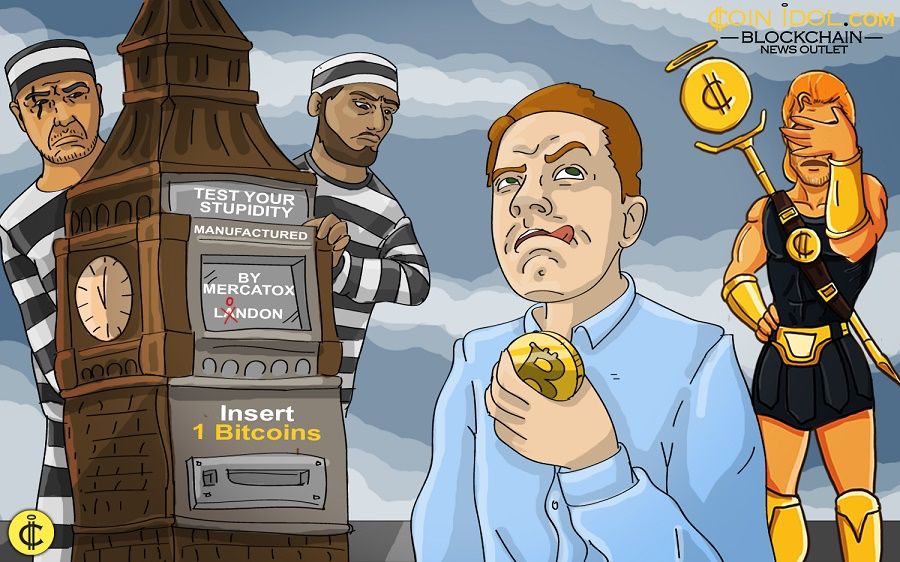 Mercatox Ltd., presented as a new universal market platform in the development stages, announced the launch of their crowdfunding on November 20, 2016. Experts warn readers of CoinIdol.com not to invest in this scam project.

“The Announcement of Mercatox has all the hallmarks of a scam”, says David V. Duccini, Executive Director of the Strength in Numbers Foundation, a US "Digital Trust" established to develop and certify pro-social cryptocurrencies for the public benefit. “The press release was not well proof-read and does not appear to be composed by a native English speaker. Also, it’s short on “features” — most are buzzwords and no connection to “benefits” — most suspicious is the claim “all the world banks, payment systems, virtual, gaming, cryptocurrency and more”.

A recognized expert in the crypto community, David Duccini continued:

“The only tech mention is “Ethereum” —  I wouldn’t give it a second thought and I certainly wouldn’t put a single satoshi into it. Most authentic businesses name at least one founder or staff member in their press releases and cite some credible accomplishment. This is just a SPAM for a scam.”

Mercatox claim that they’ve completed the first stage of the platform development and launched a beta version. They say that beta testing will last approximately 2 months. They say that the future system will combine automated trading, payment service, Peer-to-Peer sharing based on "smart contracts" and many other features.

They’ve started the crowdsale in order to raise funds to finance the marketing strategy and further development of the platform. During this round, they are distributing 5% of platform tokens. The crowdsale will continue for 30 days - until December 20, 2016.

The company is claimed to be based in London, but the press release is written by a non-native English speaker and there are 2 other languages on the website of Mercatox - Chinese and Russian.

There is not one trusted independent publication about the company Mercatox in the world’s news outlets. CoinIdol’s team has found only press releases and officially paid texts, published as advertising.

There is no address for the company on the official web page. You can write only to their email address. But the press release claims that the company is in London.

Tags
Blockchain Platform Development Scam Market Crowdfunding Coinidol Companies
Most Popular
May 12, 2021 at 15:03
News
Cardano Consolidates Below Recent High as Bulls Attempt to Breach $1.80 Resistance
May 12, 2021 at 14:03
News
Most African Countries Cannot Access Akoin. How True is the One Africa, One Koin Sentiment?
May 12, 2021 at 14:00
PR
Spring and Bondly NFT Partnership Unlocks Digital Potential for Creator Economy
May 12, 2021 at 12:59
News
Bitcoin Cash in Sideways Move, Battles Resistance at $1,600
May 12, 2021 at 11:26
PR
XRP is Back on Track on Phemex
More