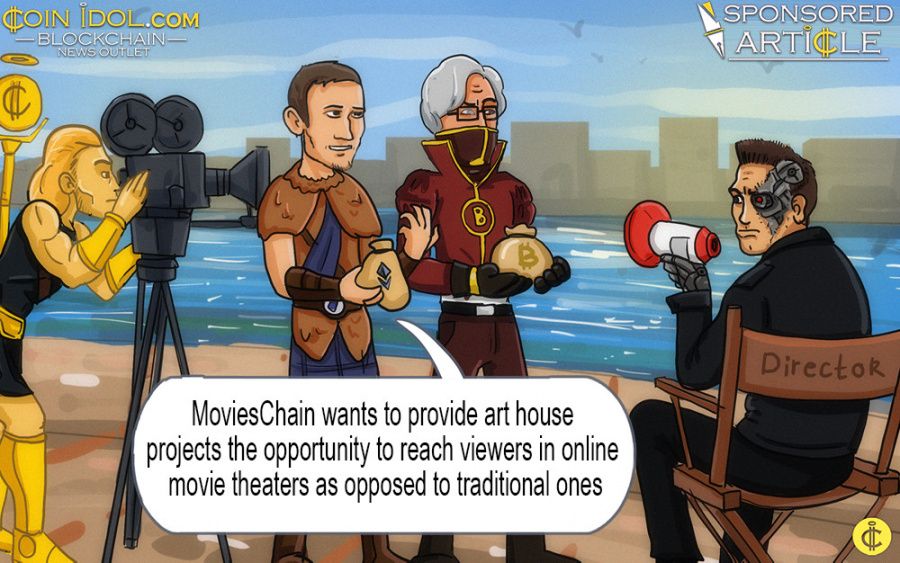 The availability of affordable portable camera and editing programs has opened new opportunities for talented new filmmakers.  Nowadays it's possible to shoot an entire movie on a portable camera or even on a new iPhone.  But reduction in filming costs has not opened a direct path from independent filmmakers to viewers.  In fact, the lion's share of film budgets is spent on distribution and marketing.

Built on blockchain technology, the MoviesChain by TVzavr platform offers a solution to this problem. It will provide art house projects the opportunity to reach viewers in online movie theaters as opposed to traditional ones. Blockchain enables filmmakers to earn from their films at the moment that viewers pay to view them. The MoviesChain project is being launched by TVzavr, one of the biggest online movie theaters in Russia. The project is being presented at the Berlin International Film Festival 2018.

Analytical reports show that intermediaries are currently receiving about half of the proceeds from film rentals, which amounts to about $10 billion every year. Removing them from the distribution chain will allow filmmakers to keep more money in their pockets (something very important when film budgets are limited) and reach out directly to fans. Views won't have to check movie theaters to find out when films from their favorite directors are playing. Instead, they can just register for the service and everything will be available in just a few clicks.

Analysts estimate the share of the independent film industry in the world to be worth $20 billion a year. Meanwhile, the number of art house films produced is constantly growing. Independent filmmakers have increased their share from 1/3 to 3/4 of total film production since 2005. The share of online movie theaters is also growing.

MoviesChain by TVzavr will operate on a paid model with the cost of viewing a film to be about $1.50. A token sale worth $30 million is planned to commence in April. Investors will be able to purchase ZVR tokens, the service's internal currency, in exchange for other cryptocurrencies. ZVR tokens will be used to pay for films on MoviesChain by TVzavr. ZVR token holders will also be able to participate in a special bonus pool.

TVzavr currently has 30 million unique users on TVzavr, Russian Cinema, and MoviesChain services. The company’s revenue in 2017 amounted to more than $10 million.

The MoviesChain by TVzavr project, like others that use blockchain technology and the cinema, is not 100% the future, but it is a significant part of it. It doesn't totally solve problems with distribution or for content to be more widely accepted. But I think it's very good when we consider the fact that the technology comes with more transparency, including when it comes to financial dealings between filmmakers and end users of the content.  At the Cannes Marché du Film, we set aside a lot of attention for new technology in general and blockchain in particular.  We support everything that can benefit both content producers and viewers.  Bitcoin and cryptocurrency can be very useful for direct payments in countries where credit card payments are problematic.  The problem is that bitcoin doesn't have a very good image in some countries. A lot of people aren't clear on where this money comes from. There's a feeling that it's neither "clean" nor legal. Additionally, the exchange rate fluctuates quickly.  We’ve seen a value of $15,000 for a bitcoin.  This is shocking for many people, particularly those who don't understand much about cryptocurrency.  But I am convinced that the new cryptocurrency can have higher standards of control and ethics and allow people, specifically those connected to making films and those who simply love watching them, to use it more confidently.