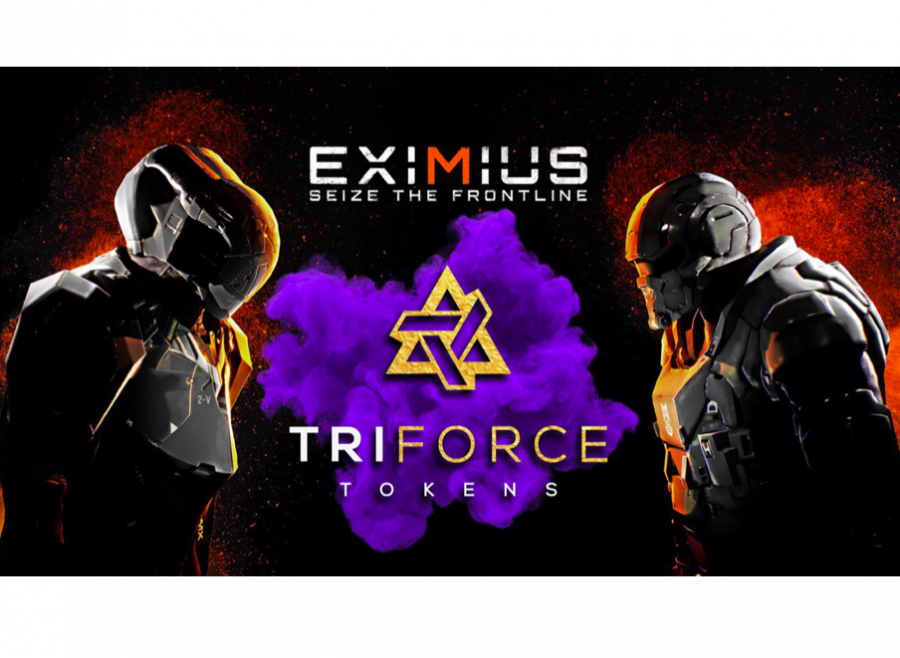 TriForce Tokens, the Blockchain startup aiming to disrupt the $138 billion global gaming market, has announced its final token sale. The significant event will be timed with the launch of a new game title through the new gaming platform.

TriForce Tokens recently achieved the title of first ever blockchain startup to be fully integrated into online games. One of these titles, ‘ Eximius’, a Real Time Strategy and First Person Shooter combat game that pits 5 man teams against each other for dominance, was recently launched on the hugely popular gaming platform Steam. Eximus is the first ever game of its kind to be launched on steam, by a blockchain platform.

With the multi-billion dollar gaming industry plagued with inefficiencies and high costs,  TriForce Tokens leverages blockchain technology to radically change the economics of the industry. Enabling developers to directly engage with players, and forgo traditional market channels that are used for game distribution and marketing. With the intermediaries no more required, developers do not need to incorporate their costs into their expenses and can offer games at cheaper prices to users.

The substantially reduced costs mean that not only is the gamer following increased, but interacting with them directly gives developers first-hand feedback. This also allows them to update their games easily, according to user demand and gives developers a higher user retention.

Shifting to the game advertising scene,  TriForce Tokens has introduced non-intrusive advertising within its games. The Dynamic Advertising Platform allows for advertisement to run within games in a way that does not annoy gamers, keeping players happy and letting developers earn extra revenue.

With each previous round of token sales ending in success,  TriForce Tokens is gearing up for its last phase. The sale starts on 8th October and will run until the 11th of November. The FORCE tokens are available at a base value of 1 FORCE for 0.15 USD. The four-week sale also carries bonuses of 15%, 10%, and 5%. There will be no bonuses in the final week.

Investors wishing to participate must go through a KYC and AML check. A minimum of USD 100 equivalent backing must be done in order to acquire FORCE tokens. People interested in more bonus can still sign up for the ongoing private sale.

The platform’s  discord channel is growing and it is holding different bounties and other campaigns for its followers.

The first blockchain platform to fully integrate online games, the project has generated immense interest in the gaming community and already has launched successful games such as  Eximius, a Real Time Strategy and First Person Shooter combat game that pits 5 man teams against each other for dominance. The platform has also announced an upcoming launch of another game with its recent publishing agreement with a big developer.

Initially running on the Ethereum blockchain, the platform is also developing its own main net that is expected to be launched in 2019. The in-house blockchain is being designed to be more game friendly and allow for even reduced costs of deploying games.

TriForce Tokens is the source of this content. This press release is for informational purposes only and should not be viewed as an endorsement by CoinIdol. We take no responsibility and give no guarantees, warranties or representations, implied or otherwise, for the content or accuracy. Readers should do their own research before investing funds in any company.