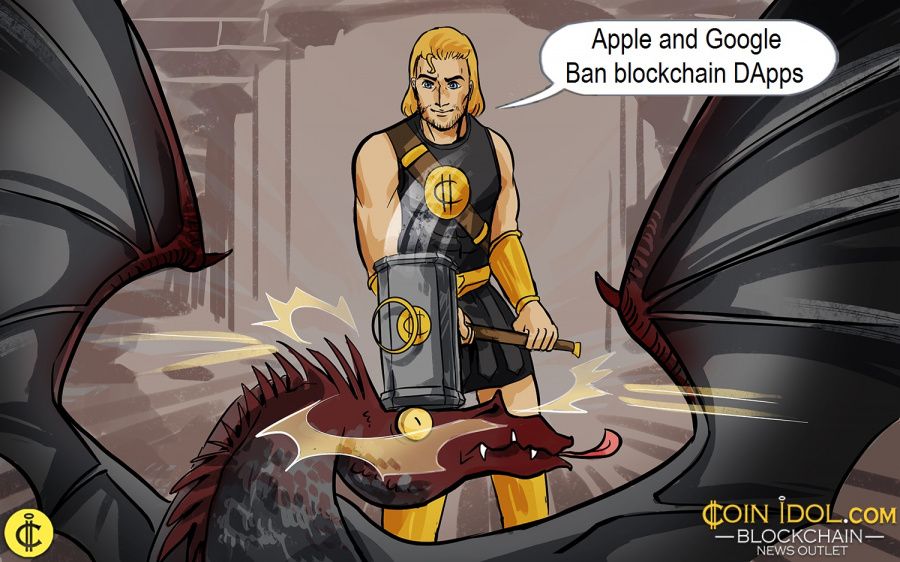 The ban by Apple and Google of decentralized applications (DApps) is getting serious.

As we talk now, the two giant mobile operating systems (OS) worldwide, Android and iOS are tussling it out with these DApps. Their app stores are apparently in a full-on clash mode trying to counter decentralized apps. This swift ban implies that most highly used DApps particularly in the blockchain and cryptocurrency sector are inaccessible and unavailable on the two app store platforms. Apple purchased the policy modifications to the ‘Apple Store’ that don’t allow DApps - not even for a single second - on the platform.

The developers of both Apple and Google DApps are first of all not happy with the ban on their innovations -  they think that the ban is trying to water down their success and efforts. A few weeks ago, Coinbase, the largest cryptocurrency exchange by trading volume in the world, revealed that Apple imposed heavy weights on them to take away their decentralized application browser shoved with their private mobile digital wallet.

Furthermore, MetaMask, a widely used Ether DApp browser and Ethereum digital wallet, was also previously cracked down on  by the world’s largest app platform, the Google Playstore. Considering all these embracing actions, the app developers and the blockchain/cryptocurrency ecosystem are demotivated and this is bringing the distributed ledger tech (DLT) industry downside.

The event also indicates that the two technology giants are anxious of the decentralized blockchain empire that has been gradually growing widely.

The two app store platforms have got applications that are of great functions to millions of users, and these have assisted consumers to delve into new games, educational information, entertainment, goods and services. Android and iOS are currently dominating the world of apps, and this makes them to impose what is called monopolistic hegemony among other companies and startups – hence ruling over consumer’s choices at a subliminal and involuntary level.

Both companies decided to end the rapid growth of blockchain-based DApps in order to remain dominant and unshaken monopolies in the market. They only want to promote centralized applications and uphold unstoppable hegemonic powers over their consumers.