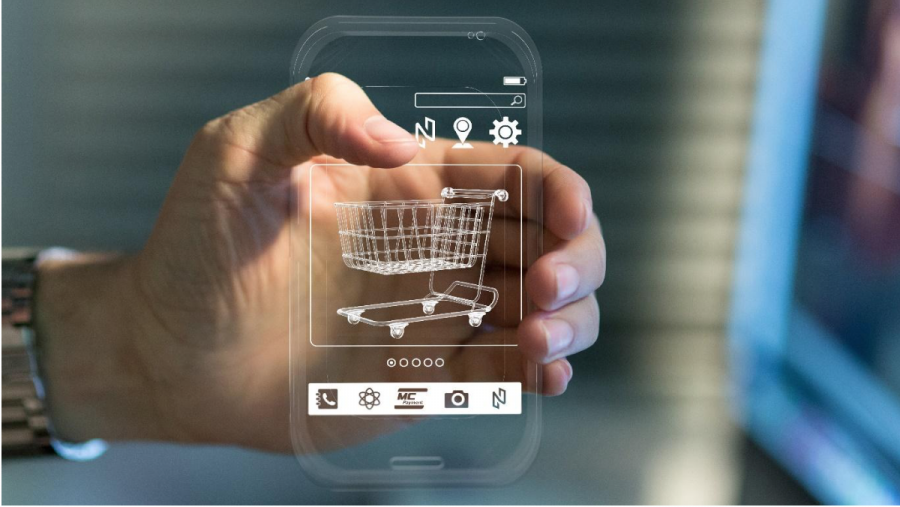 Over the next five years watch out for a fascinating struggle between Chinese, American and other companies as they vie for control of the multi-trillion dollar mobile payments market.

Right now, China is way out in front. Last year Chinese consumers used their mobile wallets to buy $15.4 trillion worth of goods and services -- roughly 40 times the amount spent in the US. The Chinese market is dominated by WeChat Pay (owned by Tencent Holdings) and AliPay (owned by Ant Financial) who between them account for 93 per cent of mobile spending. [Source: Analysys International.] For a comparison, Apple Pay has 127 million users around the globe, while WeChat Pay has 1 billion monthly users and AliPay has over 520 million monthly users. According to a 2017 study by Penguin Intelligence, 92 percent of people in China's large urban areas said that they use WeChat Pay or AliPay as their primary payment method, thus creating the closest thing so far to a cashless economy. Furthermore, in the Chinese countryside -- higher levels of mobile phone and bank account ownership have led to almost 50 percent of all rural internet users using mobile payments. And the overall trend is up and up. According to research firm eMarketer, more than 60 percent of mobile payment users in 2018 will be located in China.

Does this mean that China is technologically superior to the rest of the world? No, not really.

Paying by phone took off in China for structural reasons only. First, smartphone ownership surged from 39 percent in 2013 to 71 percent in 2016. Second, China has a relatively high level of bank account ownership (79 percent) but little history of credit card usage. Third, both WeChat Pay and Alipay made it incredibly quick and easy to pay for things by smartphone, thus avoiding the need to wait in typically long queues at the state-controlled bank in order to withdraw cash or pay bills. All this has enabled Chinese consumers to go straight from cash to smartphone, bypassing the use of credit cards and cheques. By contrast, in the main consumer markets outside China -- notably in the United States, the EU and Japan -- credit and debit cards remain the most popular payment methods both in-store and online.

Even so, mobile payment transactions are forecast to climb rapidly as the rest of the world follows China's lead in using smartphones or other smart wearables as their preferred method of payment. India, for example, has become another recent convert to mobile transactions, following a sharp rise in smartphone sales along with improved payment and internet infrastructure. According to a survey by GlobalData Plc, 55.4 percent of Indians questioned said they were active users of mobile wallets. Bottom line: according to the latest estimates, global mobile sales transactions could hit $30 trillion by 2020.

So who is going to take the lion's share of this massive pot? Will it be a Chinese leviathan like WeChat Pay or AliPay? Another Asian company like Samsung Pay? Or will it be a Western enterprise such as PayPal, Apple Pay or Amazon Pay?

The smart money (ouch) must be on WeChat Pay or AliPay. These giants dominate China's digital payment market and are determinedly trying to expand their global footprint. In addition to their stranglehold on the Chinese market, both are available in 13 currencies across 40 countries, although so far they have limited themselves to catering exclusively for Chinese tourists. More ominously -- at least for their competitors -- they have developed huge expertise in monitoring, tracking, controlling and monetizing their users, in ways that would turn Facebook and Google green with envy. Today, both companies have become independent ecosystems with a host of online services embedded in their apps, including phone top-up services, ride-hailing, movie and train ticket services, utility payments, and much much more.

However, in the rest of Asia, the Middle East, the EU and the Americas, different market conditions apply. Consumers have a wider choice of payment systems -- or prefer to use cash -- while local banks and payment providers are going to be wary of being swallowed up. In addition, certain Western governments may also decline to approve mergers or takeovers that leave Chinese companies in control. The U.S. government has already rejected AliPay's attempt to buy Dallas-based MoneyGram International Inc, citing national security issues. In other words, outside China, both WeChat Pay and AliPay are going to find the going a lot tougher. To make matters worse, last year the Chinese central bank decreed that -- in order to regulate capital outflows and check transactions for money laundering and fraud -- all electronic payments must be routed through a new clearing platform, beginning sometime in 2018. Rumours abound that this is a mechanism to institute a tax on the massive profits generated by the big two. In addition, the central bank also announced new rules on mobile payments, obliging WeChat Pay and AliPay to introduce daily transaction limits for users, which are likely to reduce profits.

A Role for Blockchain?

We are constantly being told that blockchain is going to revolutionize digital technology in the 21st century, due to its decentralized, more democratic structure, its lower costs and its unbreakable security. So how is it likely to benefit the mobile payments industry?

To shed light on this question let's look at a new partnership that has recently been formed between NULS, an award-winning Chinese blockchain company, and Mobile Credit Payment Pte Ltd (MC Payment), one of southeast Asia's leading providers of electronic payment solutions for merchants.

MC Payment's proprietary solutions -- capable of handling all major mobile apps (including WeChat Pay and AliPay) and credit cards -- have won numerous awards from multiple groups in Singapore and Hong Kong. At present the company provides services to over 2,000 merchants in Singapore, Malaysia, Indonesia, Hong Kong, Thailand, Sri Lanka and Australia and plans to expand into the Philippines and Vietnam, while keeping a close eye on opportunities emerging from China's One Belt One Road OBOR) Initiative. Over the past 18 months, the company has formed several strategic partnerships. They include a reverse takeover of Artivision Technologies which, when finalized, will make MC Payment the first fintech company to be listed on the Singapore Stock Exchange. All this is in line with the company's vision to be the foremost omni-channel and omni-payment solutions provider in the Asia-Pacific region.

The potential profits are enormous. According to market research firm Accenture, Southeast Asia -- population 600 million and growing -- is expected to double its private consumption to $2.3 trillion in 2020. By 2021, Euromonitor International estimates that southeast Asian merchants will be handling about $32 billion worth of mobile payments per year -- 10 times that of 2013.

MC Payment's task, however, will not be easy. Despite a recent rise in the popularity of mobile payments, more than 70 percent of the region's population do not use banks (as against the global average of 30 percent) -- except in Indonesia, Malaysia and Thailand, where bank-issued mobile payment apps are attracting followers. Indeed, hard cash will almost certainly remain the most popular payment option for at least the next 2-3 years. Because of this, the mobile payment market in South-east Asia is highly fragmented, with no dominant players.

Understanding What Blockchain Can Offer

To stay ahead of his rivals and capitalize on his success to date, Anthony Koh, founder and CEO of MC Payment, knows he must maintain a competitive edge.

"The payments landscape is changing very fast. I see a window of opportunity opening up, and we don't know when it will close. With the changing landscape, increasing competition and consolidation likely happening in the years to come, we see an urgency to grow faster, and establish a foothold in the region. If we miss that, we'll become outdated."

Keeping ahead of his competitors also means making the most of new technology, including blockchain. According to Koh: "we see that blockchain is in a position to create new operating models beyond the capability of conventional technologies." Note these words carefully. They come from someone who pioneered payment solutions for smartphones as far back as 2005. What Koh is saying, is that blockchain has the capability to go a lot further than today's tech. He doesn't know exactly what it will do, how it will do it, or when it will start providing concrete products. But he recognizes its quantum-leap potential, which for him -- and entrepreneurs like him -- is sufficient in itself. Like the iPhone with its revolutionary screen-centric design (the screen is the phone, stupid), blockchain can redefine what is possible. But we need to have the imagination to run with it.

NULS, MC Payment's blockchain partner is also a pioneer. Founded in 2017, the company won the 2017 "Outstanding Project Award" given by the Chinese High-Tech Industrialization Association, and was recently added to China's prestigious Global Public Blockchain Technology Assessment Index (GPBTAI). Right now, it is about to launch a unique software system, known as Chain Factory, designed to slash the costs and development time for companies who want to develop a chain application of their own. With Chain Factory there's no need for expensive specialist blockchain programmers. No need for long lead-times. No need to worry about having an untried or insecure system or how to keep it up to date. And connecting with other chains will be easy.

In the words of NULS CEO Liesa Huang: "We aim to break the technical barriers of the blockchain to generate the widest possible adoption."

By using NULS' modular, open-source architecture, a company will be able to build its own blockchain application by choosing from a library of off-the-shelf software modules dealing with a wide variety of functions, including: network, account, ledger, storage and consensus. The modules interact through the Message Bus, managed by the microkernel. NULS also provides a smart contract container (NulsVM) which companies can define and run for themselves. Most importantly, NULS is also developing a cross-chain module. Cross-chain is a hyper-cutting-edge buzzword which describes how one independent blockchain communicates with another without any threat to their respective privacy and security.

Koh's own view of NULS is entirely positive.

"With the reputation we have built over the years in this region, finding a partner that can go the extra-mile with us, is vital. With NULS Team's strong execution and unique technological capabilities, we foresee this collaboration will allow us to build more robust projects on top of NULS' technology, thus benefiting our existing partners."

If anyone can harness the power of blockchain, it is surely the NULS-MCP combination. Both companies have a clear vision and a feeling for what the blockchain might engender, and these qualities are vital. Because at the end of the day, technology is only as good as the people using it. Conclusion: blockchain may have the potential to revolutionize mobile payments technology, but its exploitation is entirely up to us.