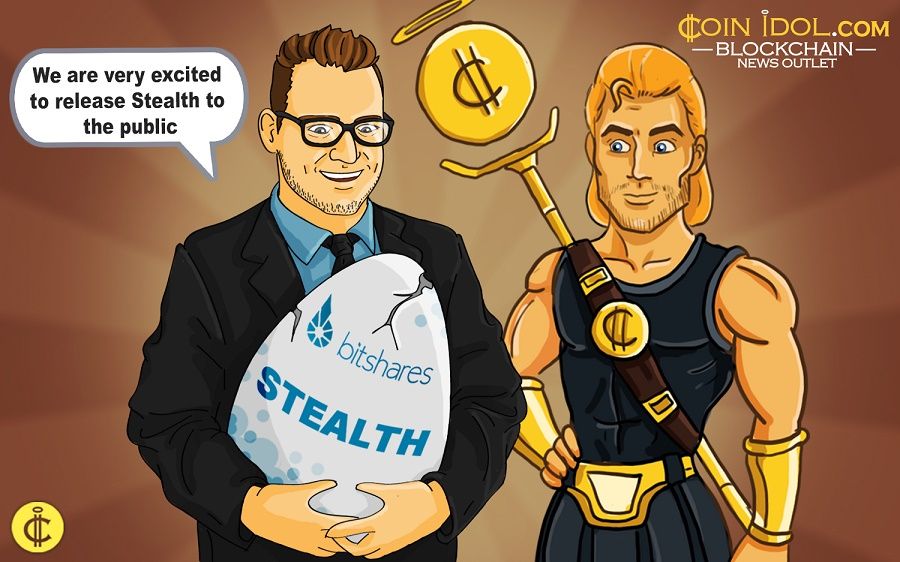 BitShares Munich, a Germany-based Blockchain Company offers a stack of financial products including payment systems and mobile banking on a Blockchain and has developed a new project called Stealth. Coinidol.com interviewed BitShares Munich CEO Christoph Hering about their new project.

Coinidol: Could you briefly introduce us to BitShares Munich please.

Christoph Hering: We are a global team of 30+ FinTech and Blockchain enthusiasts who came together because we are frustrated with the inefficient, insecure and slow traditional financial system that is losing 22+ billion USD per year in Credit & Debit Card fraud alone. I think we all can agree that we have to stop that madness.

To win this battle we are developing a cross-blockchain ecosystem including 8 innovative financial service products like BlockPay, Echo, Smartcoins Wallet (Google Play), Stealth Transactions, C-IPFS, and more.
All of our products are Blockchain agnostic and include Bitcoin, Litecoin, Dash, Bitshares, Steem, Doge plus their platform specific tokens. All in all, all leading digital currencies on the market.

We are also planning to integrate Ethereum as a payment currency as soon as the blockchain reaches a more stable codebase. More coins and platforms will be announced soon. It is our mission to build the best cross-chain platforms so that we reach our vision to accelerate the transition to a blockchain-based digital economy.

CI: Who are the brains behind BitShares Munich?

CH: We are a mixed team of professionals, with 80+ years experience in business and software development. Our core team is located in Munich Germany, where we are managing our 15+ developers abroad and our global BlockPay Ambassador teams that include 50+ members in 30+ countries. They are all part of the global BlockPay community and we are very thankful for their valuable intel because they allow us to build the best possible product for each of our target markets. Today our strongest growing market is Latin America where the people are hungry for better financial solutions that simply work. 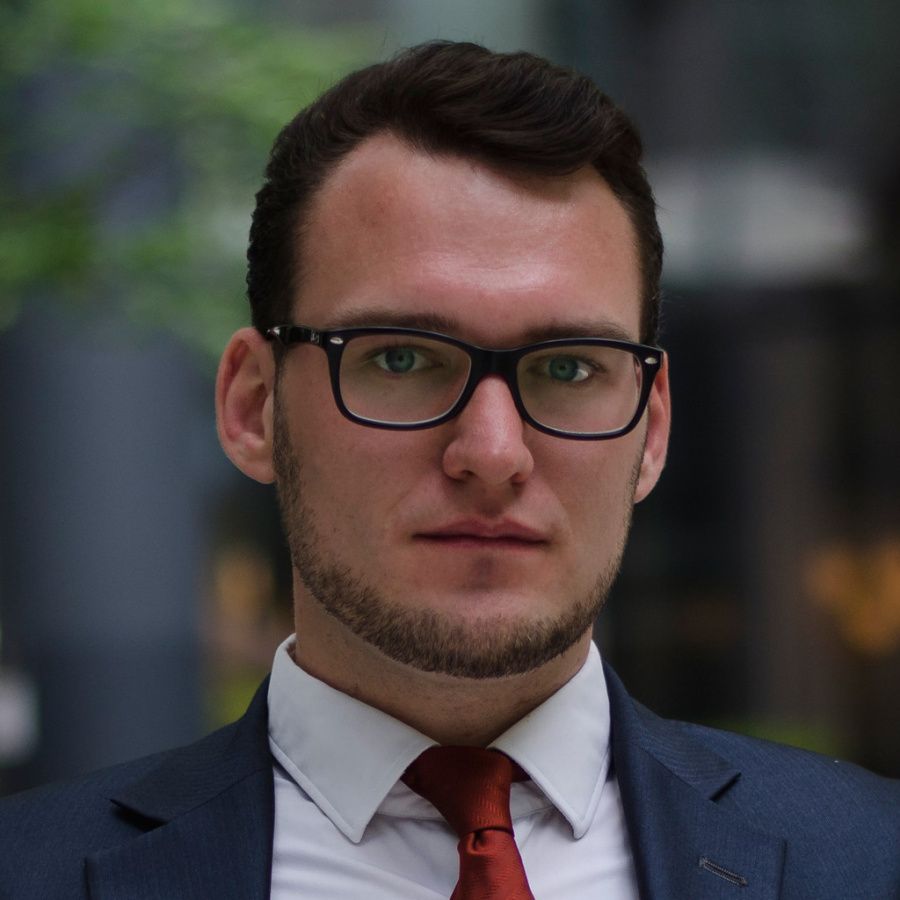 CI: What is Stealth?

CH:  Stealth is a new transaction feature for the Bitshares blockchain that allows every user to send & receive any kind of funds or assets in 100% Privacy. Combining the latest zero-knowledge, C-IPFS and BitShares encryption technologies, Stealth allows users to create Stealth accounts, hold any kind of funds hidden from all blockchain explorers, and enables users to send & receive funds and assets in 3 seconds or less. Since all transactions are on-chain, you have all the benefits of the blockchain plus the best anonymity and security you could ever ask for.

Stealth was originally designed by Daniel Larimer, the ex-core developer of the Bitshares blockchain and who, today, is lead developer of the Steem blockchain. After Daniel left the project in 2016, we at BitShares Munich picked up his work, added to it considerably, and completed the new transaction feature for the public Bitshares blockchain called “Stealth transactions”. What I personally really like about Stealth is that it only shows one message:

This is extremely powerful. Imagine you can hold and transfer any kind of digital token (Bitcoin, Ethereum, Dash) over the blockchain in 3 seconds or less and not even a blockchain explorer can reveal the information. Nothing is visible; No account balances or info, no public keys, no transfer amounts, which asset was sent, etc. Only the involved sender & receiver know the transaction details.
Combine this Stealth transaction with a blockchain with 3 second block times, 100,000 tx/s, 6 different digital asset classes (price stable coins, user-issued coins, exchange backed coins, loyalty tokens, etc.), multi-sig, DPOS, built in governance mechanism and a truly decentralized exchange.

That is a killer feature that everybody wants.

We are very excited to release Stealth to the public within the coming weeks and to provide the global blockchain community with a unique new tool to protect their privacy.

CI: What is BitShares Munich trying to accomplish by building Stealth?

CH: We are privacy advocates and our mission is to counterbalance the current “war on cash”, by building chain-agnostic tools that are as modern as the latest banking solutions, but give you all the privacy you know from cash. 3 additional reasons for us are:

First, we want to empower blockchain users to keep their balances 100% anonymous and safe. Stealth allows you to create “hidden” contacts and accounts where you can store your funds in absolute privacy.

Nobody else than you can look up your balance or holdings.

Second, we want to provide a more scalable & faster alternative to existing private blockchains who just support one (volatile) coin, that people do not really want for a store of value. Our Stealth solution enables everybody to store and transfer traditional digital currencies like Bitcoin, plus price-stable assets (aka Smartcoins) that are market-pegged to a real world asset value or Fiat currency on the Bitshares blockchain. Wouldn't it be great if we could hold our USD, EUR, SILVER, and other life savings on a blockchain, secured with multi-sig (yes, you can also setup multiple “Signers” on your accounts) and have 100% privacy?

Third, since public Blockchains like Bitcoin and Bitshares are transparent in nature we receive a lot of requests from our BlockPay merchant networks for more privacy. Hence we are pushing the Stealth development hard to protect our business partners from financial espionage and other cybercrimes. Empowering users to have the best privacy standards on a public blockchain will add tremendous value to the whole blockchain ecosystem.

CI: When will Stealth be available for end users?

CH: The core components of Stealth are already finished and we successfully integrated the best technologies from zero knowledge, C-IPFS and more into the Bitshares blockchain. It is very important for us to not rush the Stealth release, because we don't want to compromise our security. Stealth will be an elementary feature for all of our existing and future products, and we want to release the best possible solution for all Blockchain users.

When everything is continuously progressing smoothly, then I expect the Stealth testnet to be made available for public testing in the coming weeks in 2017.

CI: In what form will Stealth appear, will it be an app of its own, or run in the background of your already running systems?

CH: The Stealth transactions feature will be available for everybody on the Bitshares Blockchain within the light client wallets and web wallet. You just need to tap on the Send tab and select the Stealth option for your transaction. The rest will be managed in the background. Stealth will also be an elementary feature in our other products such as BlockPay, Echo and the Smartcoins Wallet. 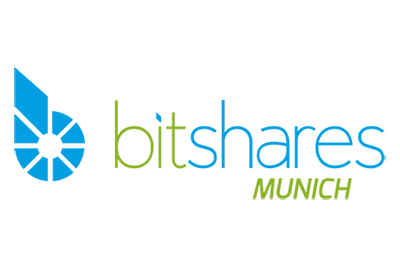 CI: BitShares Munich is planning to provide payment and mobile banking services with stiff competition, how does your company manage to remain in business?

CH: We separate ourselves from our competitors because we provide chain-agnostic financial solutions, giving our users and partners the best access to the leading digital currencies. Point Of Sale systems, mobile wallets, white label wallets, digital asset creation and conversions, and even our Loyalty Points programs were just the start. In other terms, we are a Chain-Agnostic Infrastructure Provider (CAIP) that provides everyone the technologies to participate in the growing blockchain-based digital economy.

CI: Does BitShares Munich have capabilities to enable it to operate outside of Germany?

CH: Most of our products will be available for a worldwide audience. Today we are active in 30+ countries and we have BlockPay Ambassadors in all major Bitcoin/Blockchain cities around the world. Although we are based in Munich, we are focusing our efforts on the global market with success. All of our products are also translated (by actual humans) into 44 languages.

CI: How is Stealth going to affect the way Business is done at BitShares Munich?

CH: We are very excited to add Stealth as a premium service to our product portfolio. Stealth will help us to reach out to bigger institutional merchants and retailers who would love to get started with Blockchain financial services but hesitated due to privacy concerns.

Finally, with Stealth we can leverage network effects of a public blockchain and add total privacy for our partners and customers. This was clearly missing in the Blockchain industry and we are very happy to release Stealth within the coming weeks.

CI: Is there anything else you would like us to know about Stealth and BitShares Munich?

CH: Stealth transactions combine security and privacy with speed and scalability, and work across multiple asset classes. Thanks to the Bitshares blockchain, we can release this feature to thousands of users on a global scale and provide anonymous, untraceable, private money and asset transfer features for everyone. In closing, I would like to add one of the best things about Stealth; the small flat fee of just pennies per transaction (less than a standard Bitcoin transaction). These fees are all collected and it is planned to share them among all BLOCKPAY token holders that supported our ICO. Next to BlockPay, Stealth is yet another profit stream for BLOCKPAY token holders.

Stealth enables you to send any amount around the globe for a small fee, 100% in privacy, securing your own Swiss bank account in your pocket.

How much is this grade of privacy worth to you?