Bitcoin in a Stalemate, Retests $10,200 Resistance 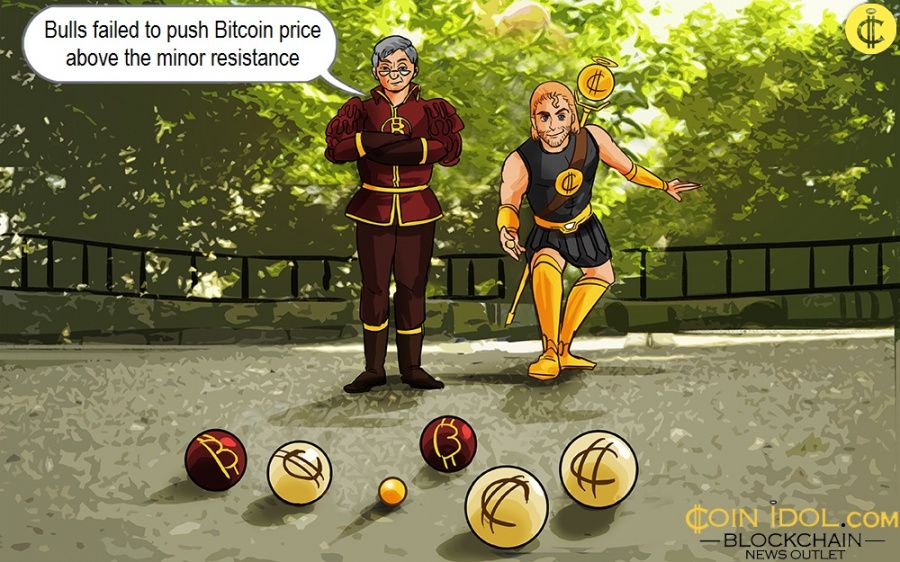 Yesterday, the bulls failed to push the price above the minor resistance of $10,200. The resulting effect on Bitcoin was another downward move. Just 48 hours ago, BTC survived an earlier downward move where it failed to break above $10,400 overhead resistance. The bears succeeded in breaching the support levels of $10,200 and $9,800 but were stopped at $9,600.

Bitcoin has fallen below the 75% range of the daily stochastic. However, the stochastic bands are making a U-turn indicating that the bearish momentum is changing to bullish momentum. The upward move of Bitcoin is still intact as the ascending channel has not experienced any breakdown or a breakout. 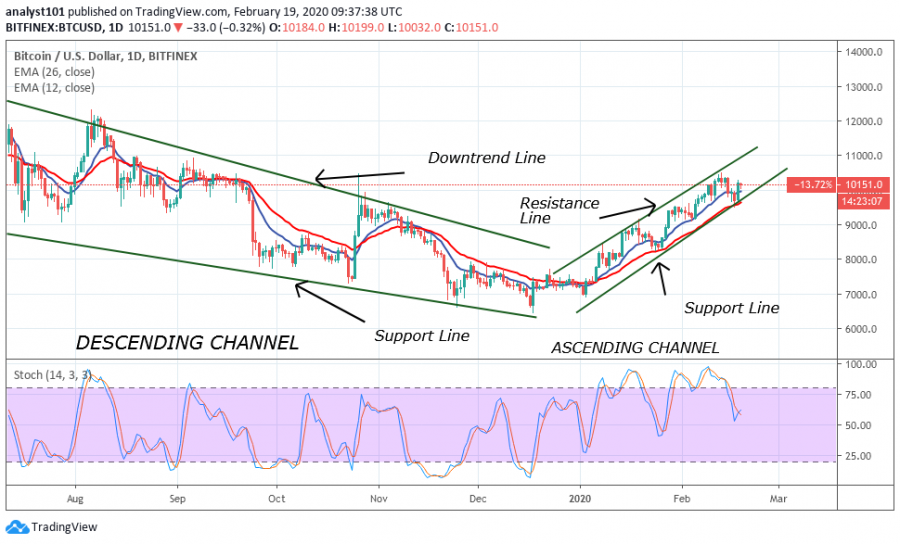 Yesterday, the downward movement of Bitcoin was terminated at a low of $9,600. Today the upward move is terminated at a high of $10,400. It is anticipated that if these levels are well defended, Bitcoin will be compelled to a sideways move between $9,600 and $10,200. The bears will be favored if the low of $9,600 is breached. The bulls will be in a better position if $10,200 is broken above.