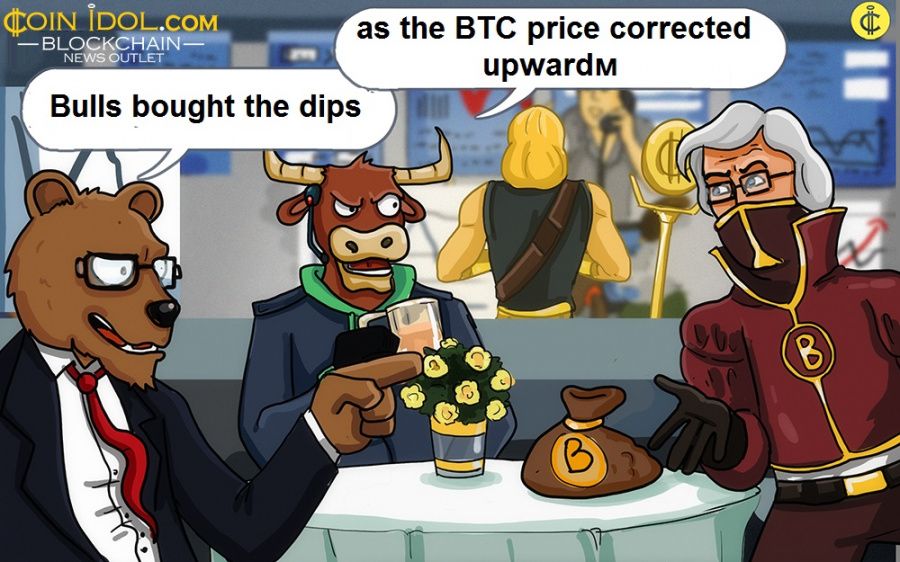 Buyers have been struggling to break above the $57,000 resistance zone since March 24. On March 25, the BTC price plunged to $50,350 low after testing the resistance zone.

However, if the bears have broken the $50,000 support level, Bitcoin would have fallen to a deeper correction. Nonetheless, the bulls bought the dips as the BTC price corrected upward. On March 28, a second retest at the resistance made the BTC/USD slumped to $55,000 support.

The $55,000 support became a striking distance as bulls broke above the $57,000 resistance. Today, buyers have pushed Bitcoin above the recent high convincingly. Bitcoin is likely to reclaim the $58,000 support if the bullish momentum is sustained. A retest or outright breakout at $60,000 resistance becomes possible above the $58,000 support. However, if the bullish scenario fails, a repeat of the March 24 bearish impulse is likely to repeat itself. Meanwhile, BTC/USD is trading at $58,170 at the time of writing.

BTC price has broken above the 21-day SMA which completes the breaking above the moving averages. This gives the impression of a possible upward move. The RSI which is at level 58 and the daily stochastic which is above the 40% range are indicating that the market is likely to rise on the upside. 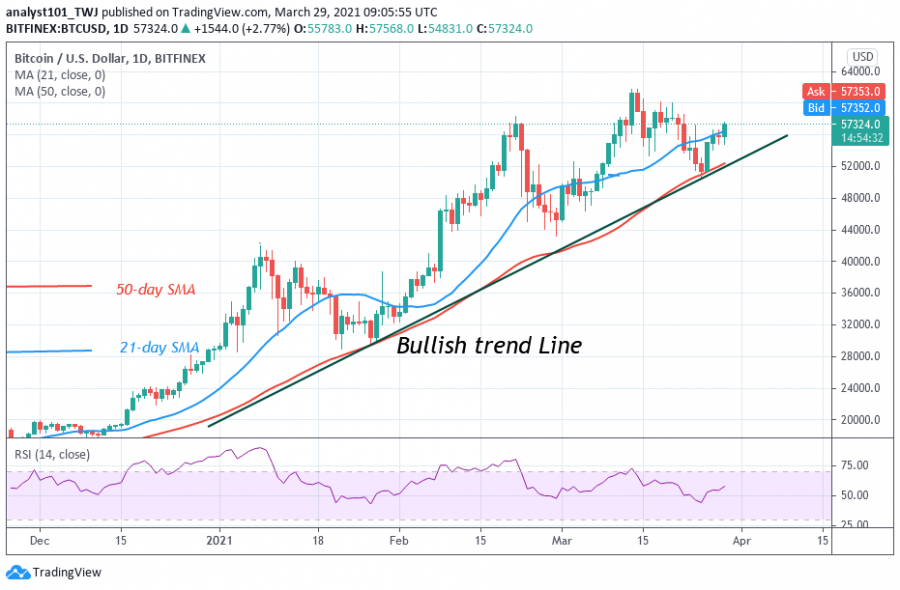 Bitcoin has broken the recent high and reclaimed the $58,000 support. Because of this, a retest of $60,000 is likely. During the March 13 uptrend; the BTC price was resisted at level 61,693. The retraced candle body tested the 61.8 Fibonacci retracement level. The retracement indicates that the market will rise to level 1.618 Fibonacci extensions. That is the high of $70,634.50. 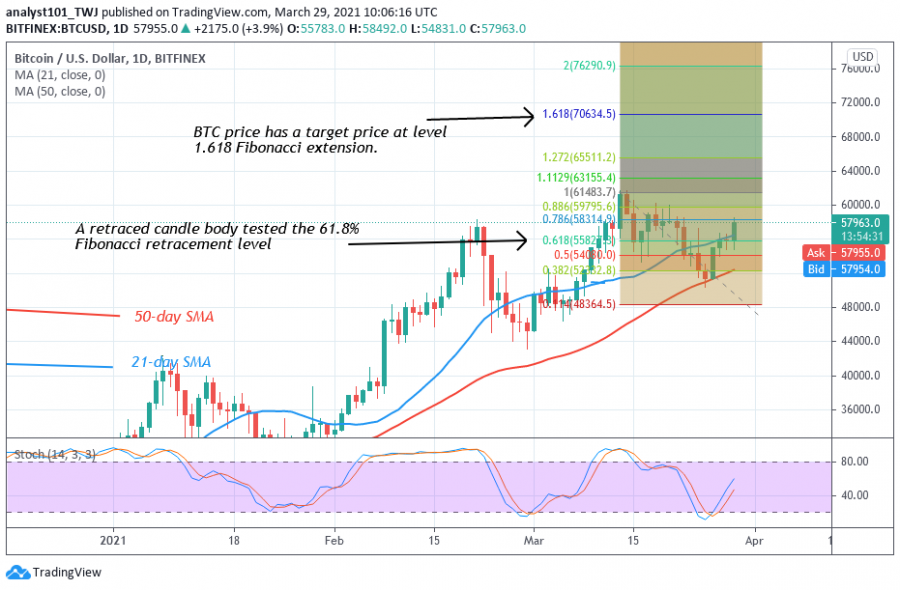 Tags
Support Bitcoin Price Testing Fibonacci Market Research Investing Trading
Most Popular
Apr 21, 2021 at 14:21
News
Singapore Enters the ASEAN Blockchain Consortium to Promote Awareness About Innovations
Apr 21, 2021 at 13:31
News
Cardano Is In A Range-bound Move, Unable To Break The $1.50 Overhead Resistance
Apr 21, 2021 at 12:04
News
Why High Trading Costs Have Become an Industry Norm
Apr 21, 2021 at 11:11
News
Bitcoin Cash Continues to Slump Down as Price Reaches the Crucial Support Level at $840
Apr 20, 2021 at 17:37
News
Why Players Are Switching to Crypto Games
More