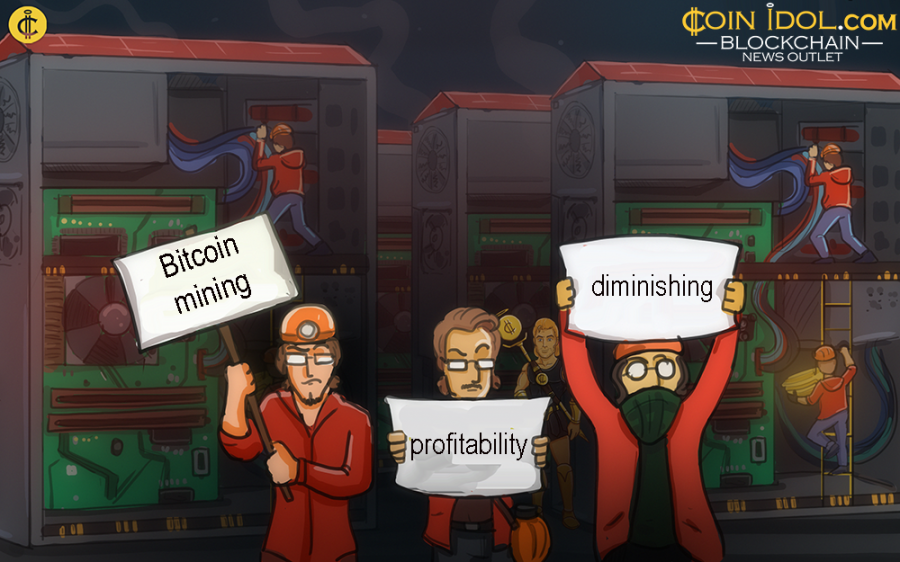 A recent analysis of Bitcoin's mining environment shows that its lucrativeness and profitability has reduced.

While Bitcoin is steering a clear course, its mining environment is passing through one of the most significant bear stretches in its entire history.

The latest data from Diar, a blockchain technology industry analysis provider, disclosed that miners haven't performed well in September which leads to questions about the impact it could cause on the future of Bitcoin (BTC).

Although the price of the digital currency is 40% higher than it was in 2017, there are several miners working in the market and yearning for a block reward whose real value in fiat currencies is growing at a low pace. BTC miners have done a lot this year than they performed last year, but the soar in the price they pay to carry out their activities is exceeding the pace of revenue growth.

“The investment proposition for smaller miners held true throughout most of this year but has since become questionable on the back of an increase of computing power competing for the coinbase reward,” the publication wrote in its report.

BTC's hashrate has been increasing slowly but certainly since the first really dramatic soar in value in 2014. Since the start of this year, a big dramatic tramp than normal has happened, and it doesn't follow BTC's price trends.

Implications for the Near Future

These two charts indicate that the today's hashrate for BTC is starting to taper. Per Diar, this might not show any change in the status quo, not today at least:

“It’s unlikely [...] that the recent tapering out of the hash power [will] last. With big mining operations on low electricity costs running at anywhere between 50-60% gross profit from Bitcoin revenues, the market has a lot of room left to grow and profits to squeeze.”

It is largely believed that when the block reward halves, the share of mining operation will have drastic and extreme changes, by different pools and incentives to make machines that execute the same hashrate using less power.