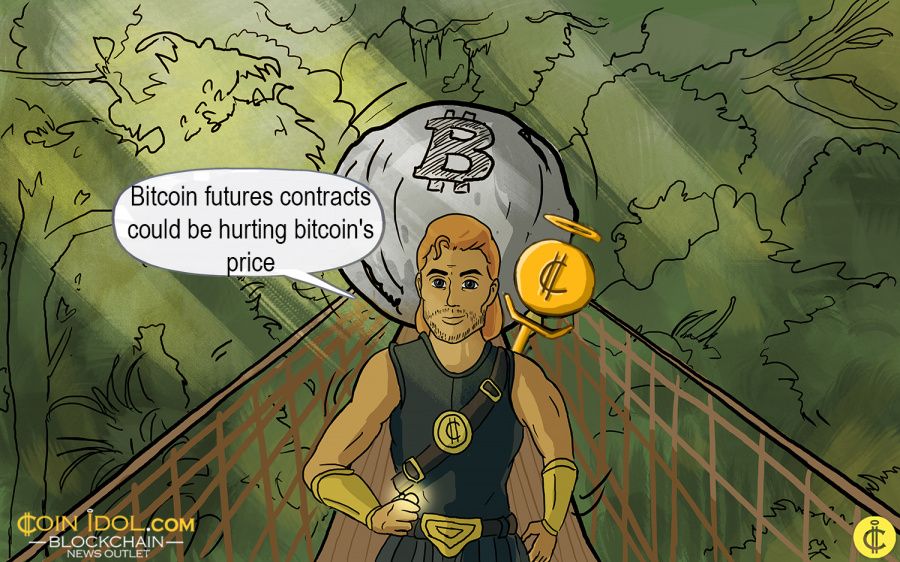 A big financial analyst famously known for his optimistic position on bitcoin has floated the contingency that bitcoin futures contracts could be highly damaging the cryptocurrency's price.

Tom Lee, the co-founder of the research firm Fundstrat, revealed that bitcoin futures contracts could be responsible for bitcoin's recent "gut-wrenching" price diminutions.

Tom noted that there was a lot of visible volatility in bitcoin's price all over the expiration date of CME Group plus Cboe futures contracts.

In December 2017 both Cboe and CME Group carried out a bitcoin futures products launch and at that time, bitcoin was highly and steadily trading close to $20,000. Since then, bitcoin has greatly fallen. On Monday, bitcoin was down 0.35% against the dollar to $6,438.56 a coin.

Tom indicated that traders who are long bitcoin and short futures could trade bitcoin at any time of price auction to make the price to reduce and leave their futures contracts with high profit.

Chris Concannon, president and chief operating officer at Cboe Global Markets Inc noted that while they are excited about their bitcoin futures that were recently launched, the sentiment that they have materially affected the bitcoin price exaggerates their influence and neglects other extremely important facts.

"Our strict position limits and the limited open interest in our May and June settlements, suggest that the fall of bitcoin can be more easily explained by other factors such as the recent regulatory scrutiny around the globe,  steps by government tax collectors, the rise of other cryptocurrencies, and declining media interest in the asset," Concannon said.

CBOE showed that it saw open interest during the June's settlement 1,412 contracts which is worth 1,412 bitcoin which will make it difficult for the bitcoin market to be highly influenced by that existing number of contracts.

Coinfloor, a UK-based bitcoin exchange operator, disclosed plans for a physically settled bitcoin futures contract in March this year. Here the holders of a contract are offered the requisite bitcoin when the expiry date of the contract clocks. CME Group and Cboe offer the cash value of bitcoin after the contract expires.

Obi Nwosu, the Chief Executive Officer of Coinfloor last week said that the physically settled futures were a reaction to demand from Coinfloor's institutional customers that were responsible for the smooth manipulation of cash-settled contracts. For any price manipulation rotating around auctions, would be near term but if potential investors take bitcoin delivery at the contract expiration and they can simply sit back and relax until price stabilizes before selling it away.