Bitcoin Cash (BCH) Bounces, a Move above $227 Increases the Prospect of a Rally 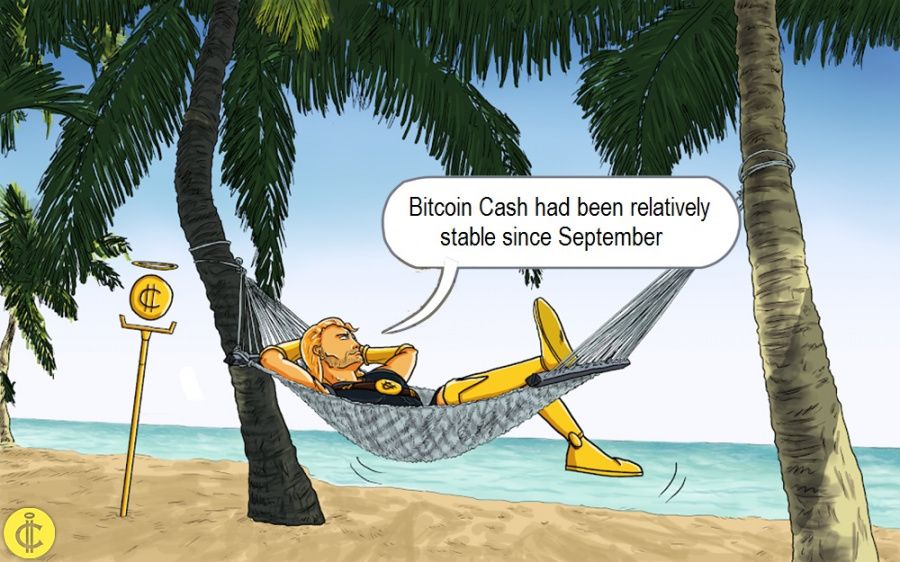 Despite its false breakdown, Bitcoin Cash had been relatively stable since September. The coin had been exceptional in its fluctuation within the price range of $200 and $240. Each time there is a break down the coin bounces back to its original price range.

Bitcoin Cash has been in a bear market since June. The coin can trade in the bull market if the bullish move is sustained and EMAs are breached. Presently, the coin is surging forward above 20% range of the stochastic. 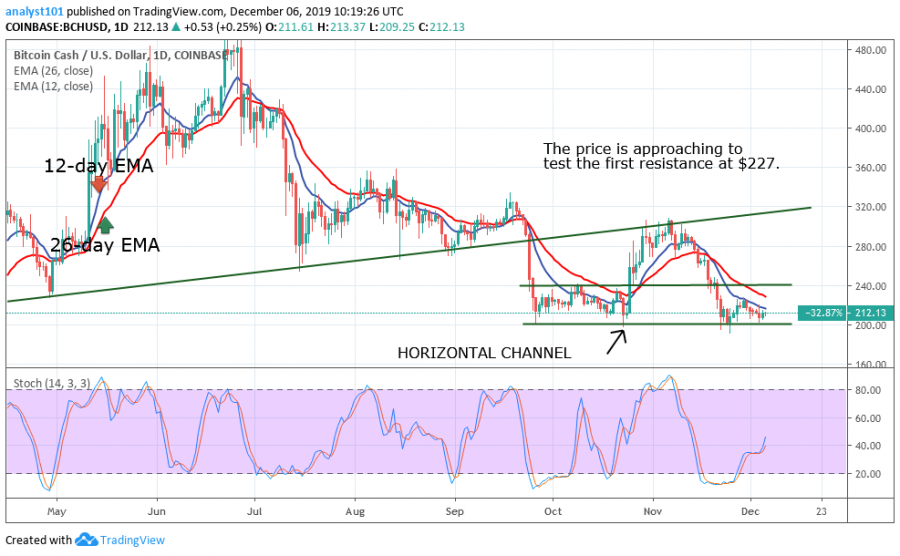 The pair is in the third month of its sideways move. The bears have had the upper hand over the bulls at the bottom of the chart. The support line was under test on four occasions while the resistance line was tried on two occasions.

Meanwhile, the coin had been stable for position traders because of price stability. It has proved unprofitable for short term traders as the market fails to trend. Nevertheless, we expect that the bulls will break the price at $227.