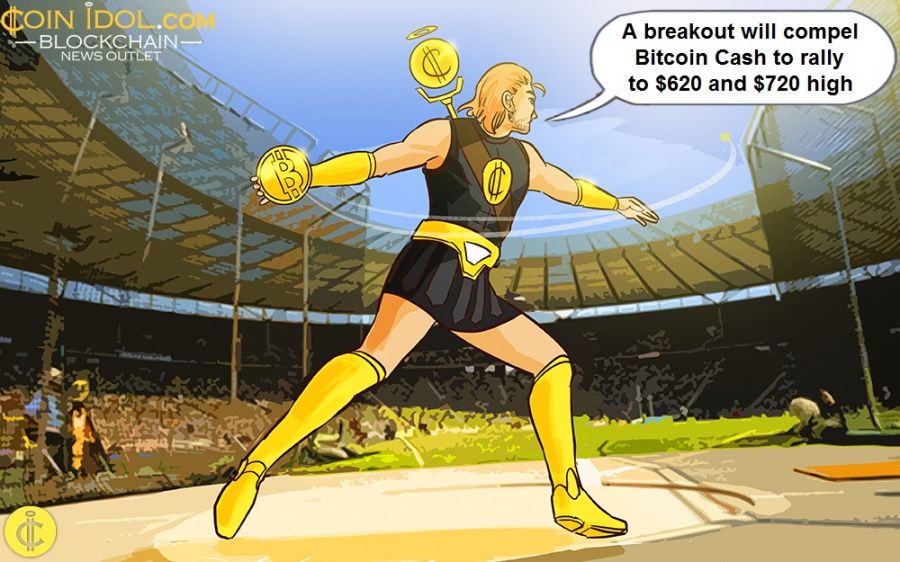 Bitcoin Cash is still fluctuating between $440 and $560 price levels. For the past two days, the price has been consolidating near the resistance zone. The price action is also characterized by small body candlesticks called Doji or Spinning tops which describe the indecision between buyers and sellers.

On the upside, the chances of a breakout are increased when the price consolidates near a resistance level. In the meantime, a breakout is not feasible as the price reaches the overbought region. In the absence of a breakout, the range-bound movement will continue for a few days. Since March 1, the price movement has been confined between $500 and $560. A breakout will compel BCH to rally to $620 and $720 high. 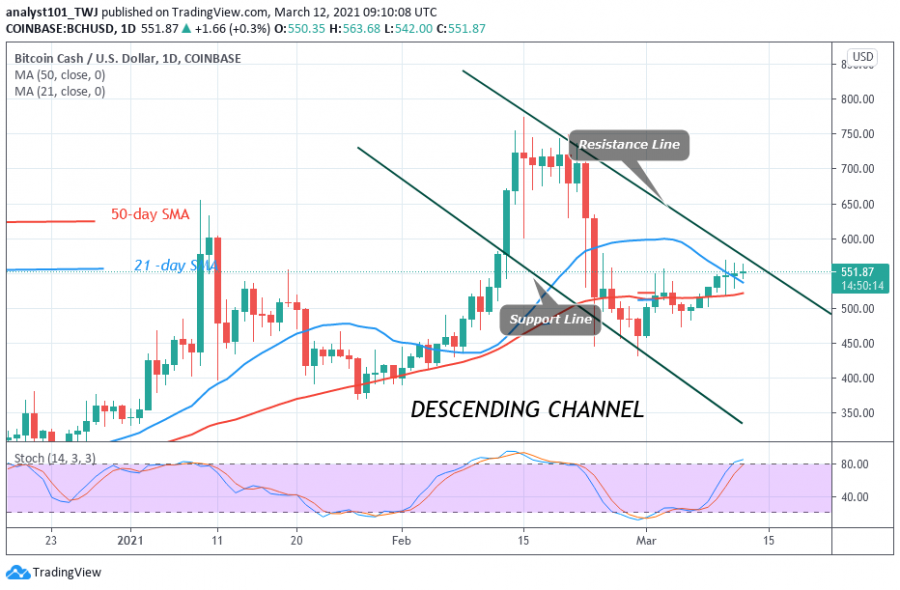 There is a possibility of a breakout as the price consolidates near the resistance zone. On March 10 uptrend; a retraced candle body tested the 50% Fibonacci retracement level. The retracement indicates that BCH is likely to rise to level 2.0 Fibonacci extensions or the high of $620.12. The Fibonacci tool will be attained if the $560 resistance is breached. 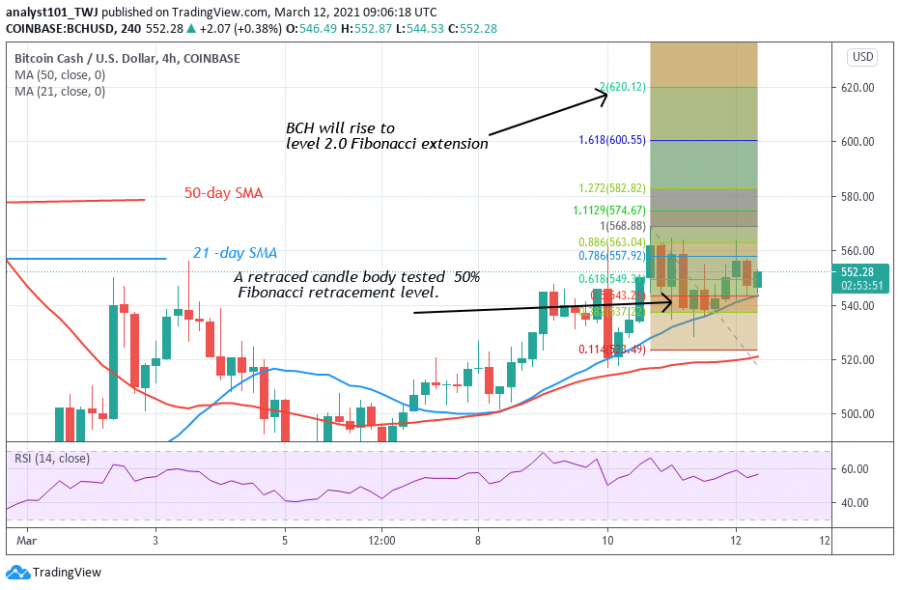