Bear Market did not Prevent Users From Engaging Themselves in Darknet 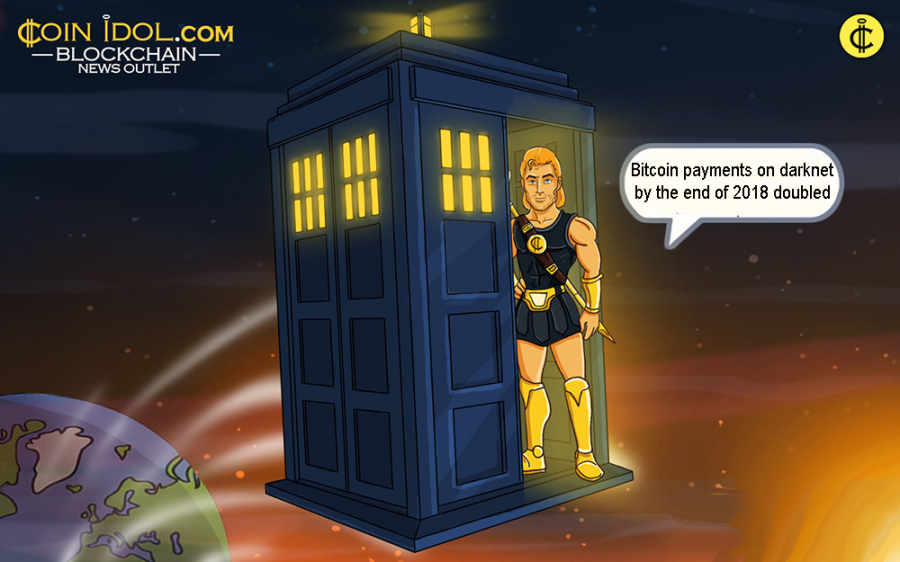 Prices were falling all last year but this fact didn’t prevent people from conducting transactions on the darknet.  Moreover, reliable sources claim that the number of bitcoin payments on darknet by the end of 2018 doubled since the beginning of the year.

As a Reuters report shows, at the end of last year transactions on the darknet performed with Bitcoin reached roughly $2 million per day. It is interesting to note, that this number was twice as small at the beginning of 2018.

In 2017, we witnessed around $700 million engaged in these hidden markets, while 2018 showed that such markets managed to gain only $600 million. The decrease in volume was associated with AlphaBay and Hansa closures back in 2017, with the volumes being cut by almost a half. However, experts say that shutting down such websites have no long-term efficiency, as there appear more and more new ones.

The question of Bitcoin anonymity remains open. It is highly debatable what method of payment is more anonymous - cryptocurrency or cash. Besides, many digital currency exchanges have added Know Your Customer features. Thus, traceability of virtual coins, including Bitcoin, is a common thing.

Bitcoin is not Only Attractive for Darknet Users

Eventually, it turned out that Bitcoin’s volatility was not a big problem for darknet users, even though the crypto-coin lost over 80% of its all-time high price.

“For someone who wants to buy something on a dark marketplace, the fact that bitcoin price is fluctuating doesn’t really matter,” Senior Economist for Chainalysis Kim Grauer noted.

Despite Bitcoin’s tremendous decrease in price, the genuine interest of institutional investors rose a lot during 2018. Moreover, Intercontinental Exchange’s (ICE) Bakkt crypto trading platform saw numerous headlines on its journey toward its launch.

Last year we saw nine attempts to launch a Bitcoin ETF, unfortunately, they all ended with rejections. But these documents were of great importance, as they proved that big whales had a keen interest in the fintech industry.