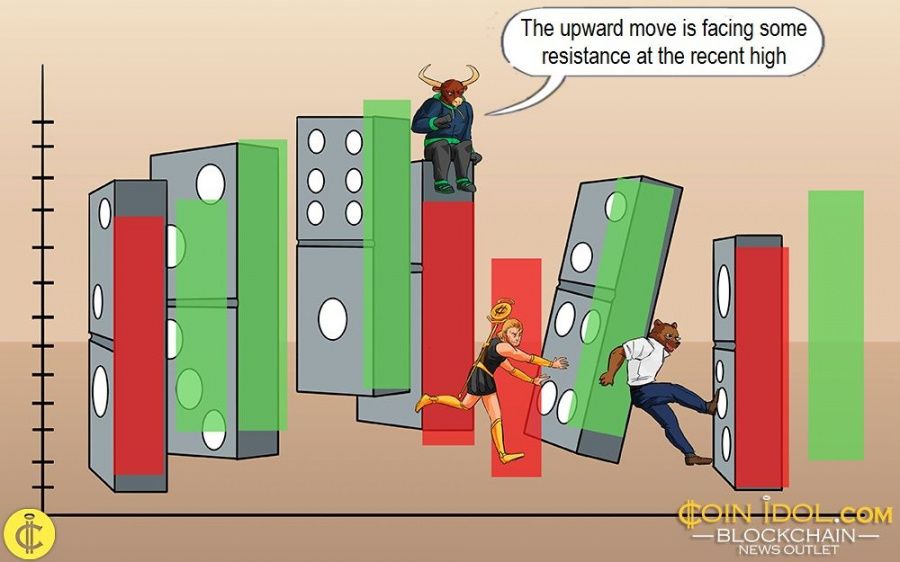 Bitcoin Cash (BCH) was earlier in a downward correction after reaching the $773 high. The price has retraced and found support above $680.

For the past two days, BCH has been consolidating above the $680 low. Today, February 17, 2021, the bulls are attempting to break the $725 high but are facing resistance. If the price falls and breaks below the $680 support, the selling pressure will resume. BCH will further decline to $550 low if the current support cracks. Now, the upward move is facing some resistance at the recent high. If the bulls overcome the current resistance, a retest of the $750 resistance is likely. Meanwhile, BCH is trading at $721.62 at the time of writing. 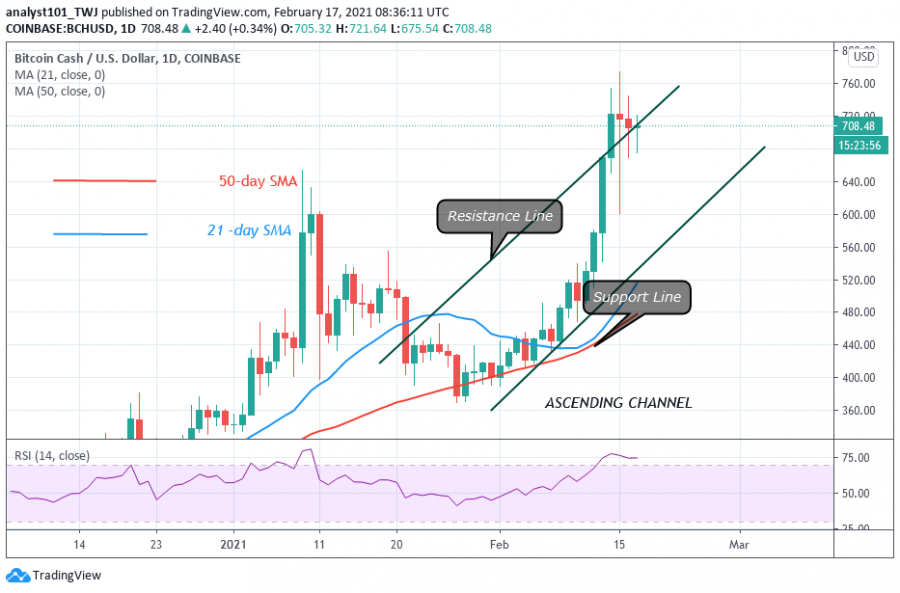 BCH is still struggling in a downward correction. The upward move will resume if the current support at $680 holds. On February 14 uptrend; the retraced candle body tested the 61.8% Fibonacci retracement level. The retracement indicates that BCH is likely to rise to level 1.618 Fibonacci extensions. In other words, BCH will rise to a high of $883.27. 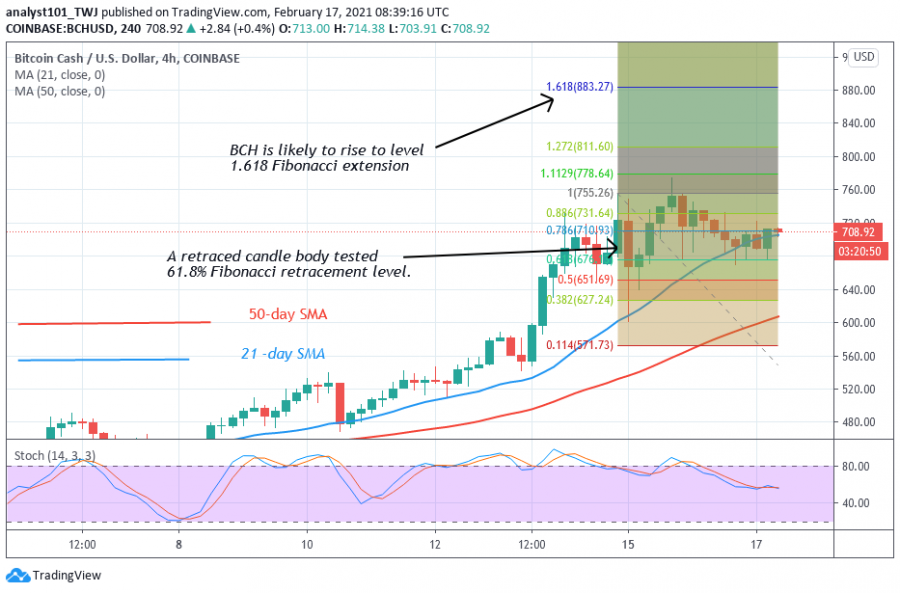