Co-founder of LinkedIn: The Ban on Advertising ICOs - A Temporary Phenomenon 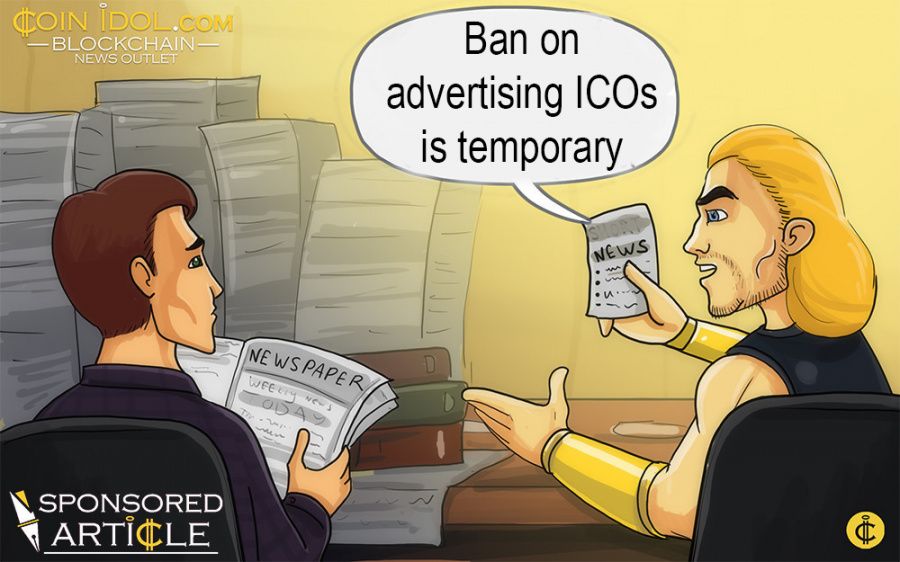 Eric Ly, one of the co-founders of social media giant LinkedIn, is convinced the ban on ICO ads across social media and search engines is temporary. We look deeper at his reasoning here.

Eric Ly is no stranger to innovative technologies and web-based businesses. According to casinopånett.eu, the co-founder of LinkedIn recently talked to Coin Telegraph and about a number of issues, one of which was the ban on ICO advertising.

It seems that one social media company after another, including Facebook and Twitter, have banned ICO advertisements this year. Why so?

Ly belies that the ban is a temporary protective measure which companies have taken in order to avoid receiving subpoenas from the Securities and Exchange Commission (SEC).

Since the regulatory body is looking into allegations of fraud and is attempting to better understand the cryptocurrency industry as a whole, lots of firms are being issued with subpoenas for further information, Ly claims.

Yet, he believes that the ICO advertising ban is temporary. Websites, whether they have hundreds of millions of user (like LinkedIn), or a few thousand users, ultimately depend on advertising revenue to survive and make a profit. It makes little sense to totally ban advertisement from a new, burgeoning industry long-term.

When will the ban be lifted? When regulatory clarification comes about, and when the SEC finishes its investigations, Ly reckons.

LinkedIn Hasn’t Followed Suit - Why So?

Ly left LinkedIn in 2006 to pursue other ventures, so he had little to say on the decision-making process which has led to LinkedIn continuing to allow ICO ads. However, he said he “wouldn’t be surprised” if LinkedIn followed suit, and for the same “protective reasons”.

One of the things which will help lift the fog surrounding ICOs, and hence the ban on advertising them, is establishing trust again. It is the allegations of fraud, the mismanagement of funds, and the subsequent loss of trust in token sales which led to the ban in the first place.

Ly is working on a platform to help bring clarity through establishing reputation scores based on various metrics. This would be a reputation management system, which can’t be changed or altered by the company itself.

Without going into specific technical details, Ly’s system will give each firm a reputation score based on various factors - interactions on the blockchain, transactions histories, and things like disputes.

This could help investors quickly establish whether or not they can trust a given token sale, based on the reputation of the firm launching the ICO and its history.

There are still many factors to consider such as how the scoring system will work, how disputes would be handled, and Ly says several options are on the table. In the end, the goal will be a simple one - to bring about transparency and clarity around ICOs.

Only time will tell whether or not Ly is correct and ICO related ads will again appear on social media sites and major search engines. One thing that’s certain is that they won’t reappear before major changes happen, including potential regulation in the ICO scene.

While these advertising giants have sold the ban as a move to protect users, which it no doubt is in part, they obviously don’t want to have to testify before the SEC, with all of the potential legal ramifications that might bring. Until that threat is removed, we likely won’t see ICO ads on these platforms again.