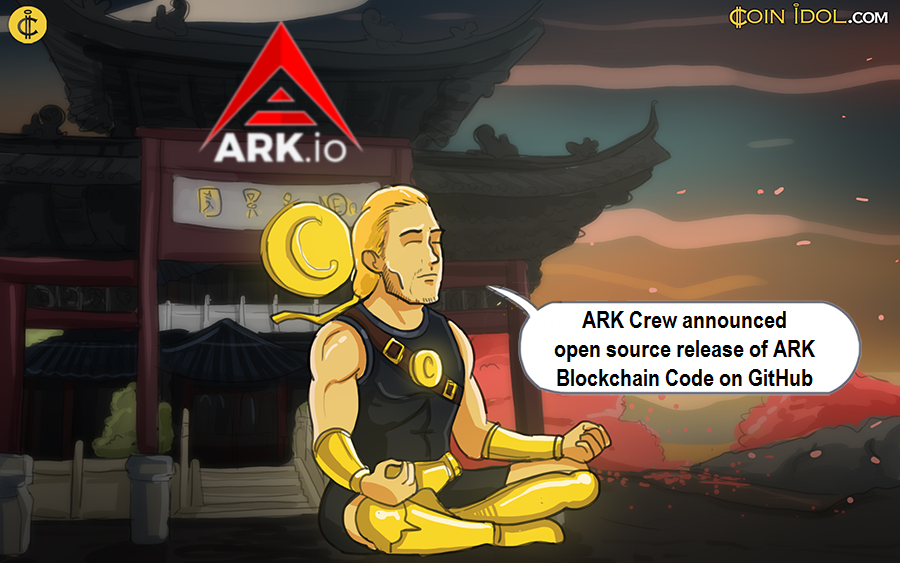 ARK Crew, the development team behind the new ARK cryptocurrency ecosystem has announced the date for the official release of their open source code on GitHub.

ARK Crew, the development team behind the new ARK cryptocurrency ecosystem has announced the date for the official release of their open source code on GitHub. The source code will be made available on the platform's account starting November 12, 2016, at 19:00 UTC.

The ARK source code launch is set to coincide with the platform's first developer-focused bounty program. The bounty program is designed to encourage others to participate in the review and provide feedback on the project. The release of the ARK source code signifies a major step in the development of the cryptocurrency platform and a positive move towards the official launch, currently slated for February 1, 2017.

Many projects choose to keep their source code private until after their official launch, but ARK aims to buck that trend. Matthew DC, a Board Member of the ARK Crew had the following to say,

"We know it may seem unusual to release our code before we even launch our project, but we want to be as open as possible. Rather than shy away from competition or worry about others using our code, we highly encourage it. The more teams we have working on ARK technology, the better it will be for everyone!"