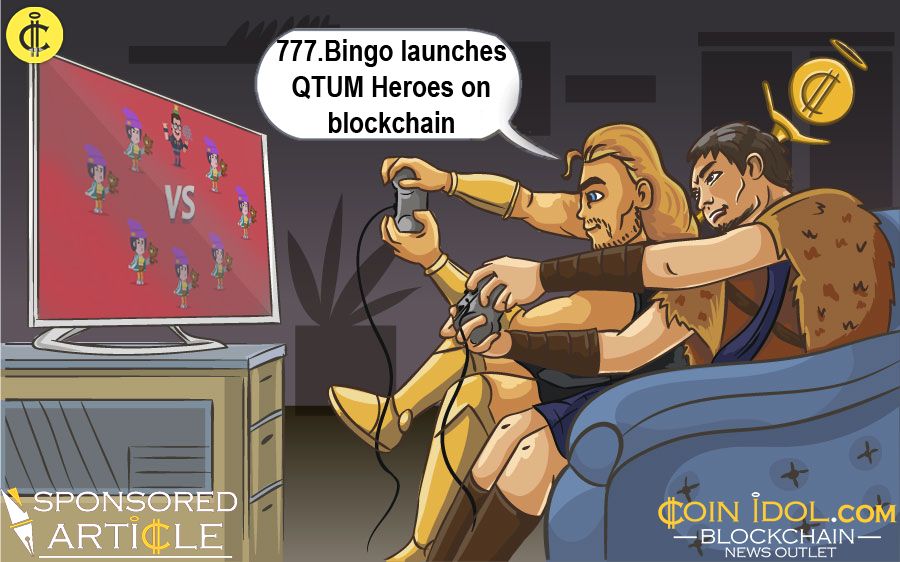 World’s first pan-entertainment blockchain platform 777.Bingo is announcing the launch of its first venture in crypto-gaming.

QTUM Heroes is an online arena game designed to support cryptocurrency payments. It’s developed by leading game studio Mob Arts in collaboration with the QTUM blockchain. The new game comes after Mob Arts’ 2013 runaway success, House of Heroes. Thanks to its popularity, the mobile game was the first to be launched on all Tencent platforms despite being developed by a third party. Now, the studio’s own 777.BINGO platform is betting on cryptocurrencies for a new approach to the game industry. CSO Matt Lee stated that BINGO would be a “pioneer in linking the traditional gaming industry with new blockchain technology.” To participate in QTUM Heroes’ soft launch, visit 777.bingo.

The announcement came right after 777.Bingo completed a series of high-profile meetings to support its 777 ERC20 utility token campaign in South Korea and Japan. 777.Bingo executives, headed by Chief Strategy Officer Matt Lee, are introducing the platform to potential investors in both countries and hope to raise interest in the 777 token, which will be used to buy and sell video games and other entertainment product on 777.Bingo’s blockchain platform.

We caught up with Matt, who is also CEO of the Chinese gaming company Mob Arts, after a recent event in Tokyo. 777.Bingo plans to market a number of Mob Arts games including Doom of Aliens, the first strategy game designed to accept cryptocurrency payment.

- How are you spreading awareness about the tokens and the business concept in South Korea and Japan?

Matt: “777.Bingo sent invitations through social media groups and channels to investors in crypto startups and to the general public interested in our product. For each meeting we had anywhere from 200 and 500 entrepreneurs, all avid supporters of the cryptomarket. We had an outstanding event in Seoul (March 22) with a lot of business people. The second event was in Tokyo over the weekend with great response as well. We just finished another great conference in Tokyo today (March 27).”

777.Bingo went to South Korea and Japan as those countries have two of the biggest and most receptive markets for cryptocurrency. South Korea, for instance, has strong impact on the prices for Ethereum (ETH) and Bitcoin (BTC); the crypto market fell by 14% in January after South Korean’s Justice Minister Park Sang-Ki talked about a possible crackdown on altcoins, Time reported.

Japan’s government has been one of the most receptive to cryptocurrency. Regulators have been actively encouraging investment and trading, The Express reported. Young Japanese are willing to put money in crypto because of low returns on traditional investments.

A major reason why 777.Bingo is seeking investors in Japan is the 16 cryptocurrency exchanges that were operating in the country as of December 26, 2017. Matt Lee is hoping to introduce the 777 token to those markets in a country with a vibrant video game culture. 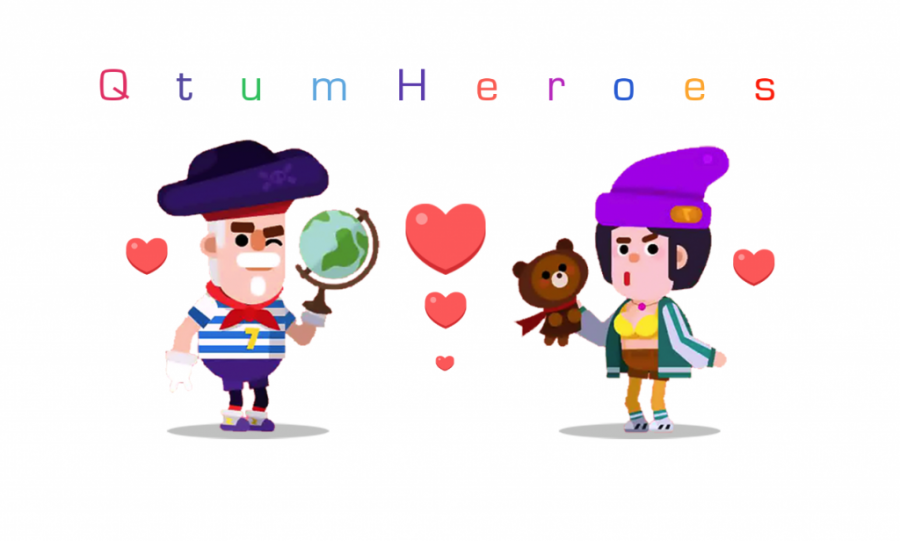 - What was the key message that you delivered to would-be investors?”

Matt: “Bingo is an application, not a chain. The first idea for Bingo is to make profit. We want to offer a wide variety of applications on the blockhain, not another blockchain. Also, Bingo is going to make crypto payments connectable for the traditional games.” 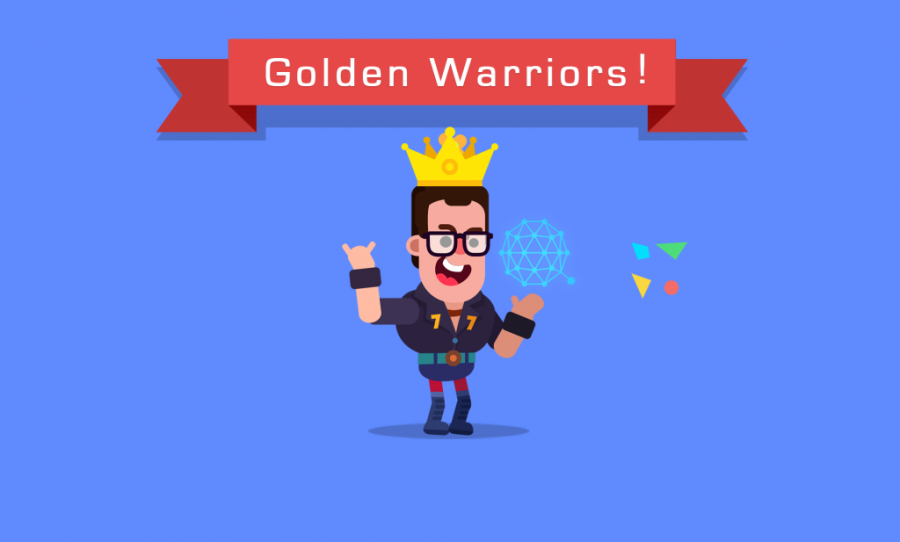 - Why are these meetups important to 777.Bingo?

Matt: “This is the first time 777.Bingo team met with investors face-to-face, showed real human interest in the project, and the team showed how it is a transparent, thriving business that is going to utilize the blockchain.”

Many of the investors came to meet Matt Lee for the first time. A large number of the guests have been communicating with Matt through social media such as Telegram for quite a while. The recent tour was their first opportunity to meet him in person.

Mob Arts is a highly successful game maker, its best known title is House of Heroes became the top grossing game in the Chinese App Store, three days after its launch in 2013. Mob Arts generated $100 million in revenues and attracted 50 million users during its initial release. Other Mob Arts games include Dragon Knight 3D - the first independently created game launched on all of Tencent Holdings’ social media platforms including QQ and WeChat. Mob Arts is trying to tap the global games market with the U3D strategy game Wrath of War, which has been released worldwide through the Apple App Store and Google Play. 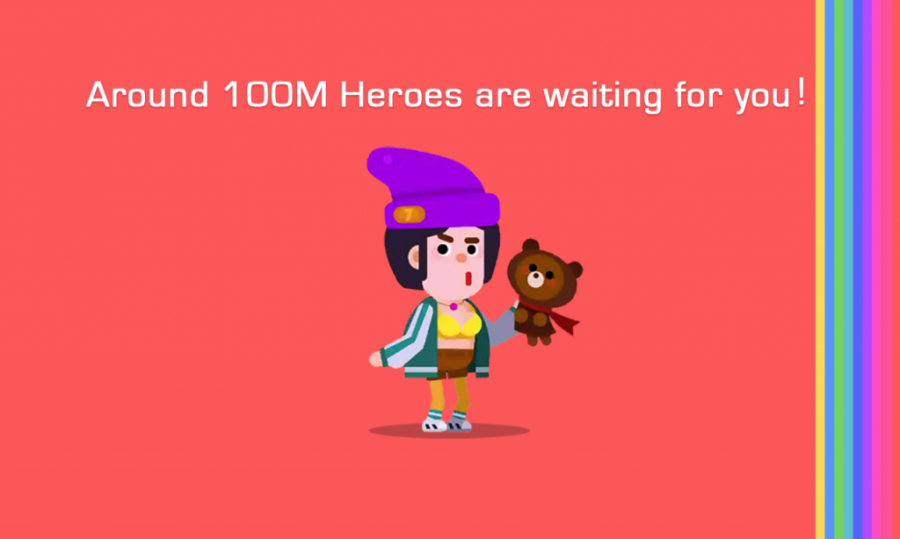 - How did the audience react, what are they most interested in?

Matt: “We had a warm reception. There were many questions about the future of the project, it was a detail-oriented crowd. The audience was highly enthusiastic about the project and the prospect of 777.Bingo becoming the app store on blockchain.”

One of the most important features of 777.Bingo’s platform is that it will be an “app store” for games, Matt explained. Game designers will release games through the app store and get paid in a wide variety of cryptocurrencies. Designers would be able to get paid in fiat currency.

The Japanese games market is estimated to have reached $12.55 billion last year. That makes Japan the second largest market for games in Asia, after China. Japan accounted for around fifth of the $51.2 billion in games revenue from Asia in 2017, Statista data indicates.

Matt Lee also described the meetups as an attempt to introduce investors, developers, and gamers to the platform that has potential to build and launch more games and monetize on an unique segment - the blockchain.

Full details of 777.Bingo’s business plan and its partners are found in this whitepaper: https://777.bingo/paper/Whitepaper.EN.pdf 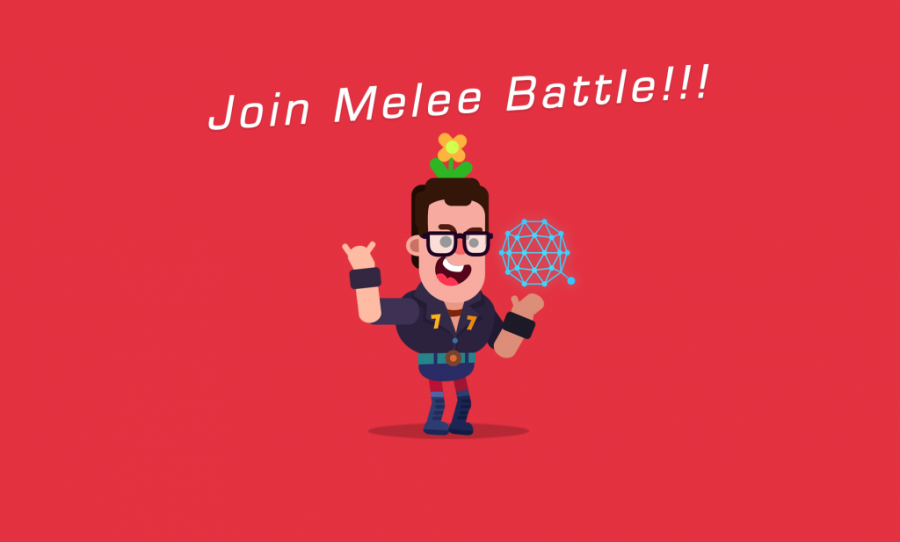