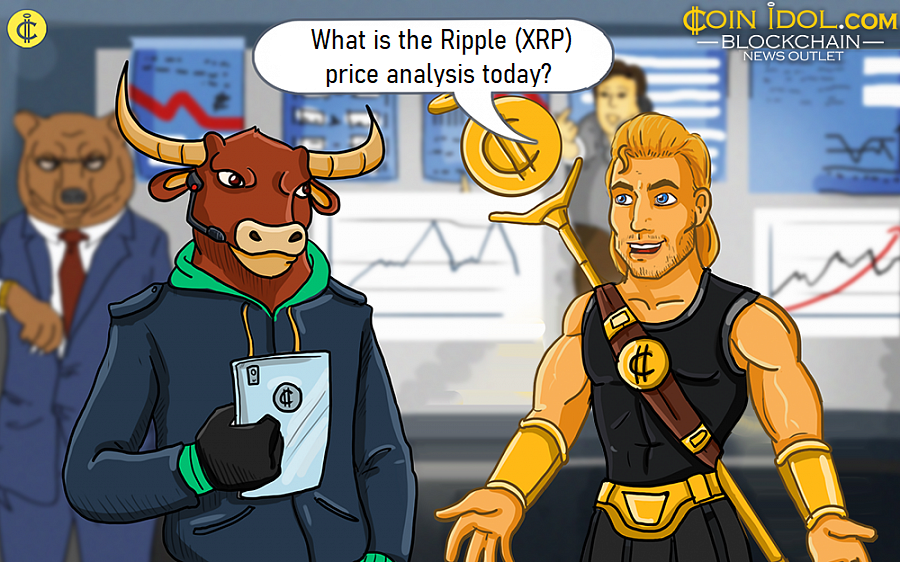 Ripple (XRP) Price Analysis: The XRP price attempts to break the $0.30 resistance level for the second time in less than a month. The XRP/USD pair is in the bullish trend zone as the coin resumes its upward move. 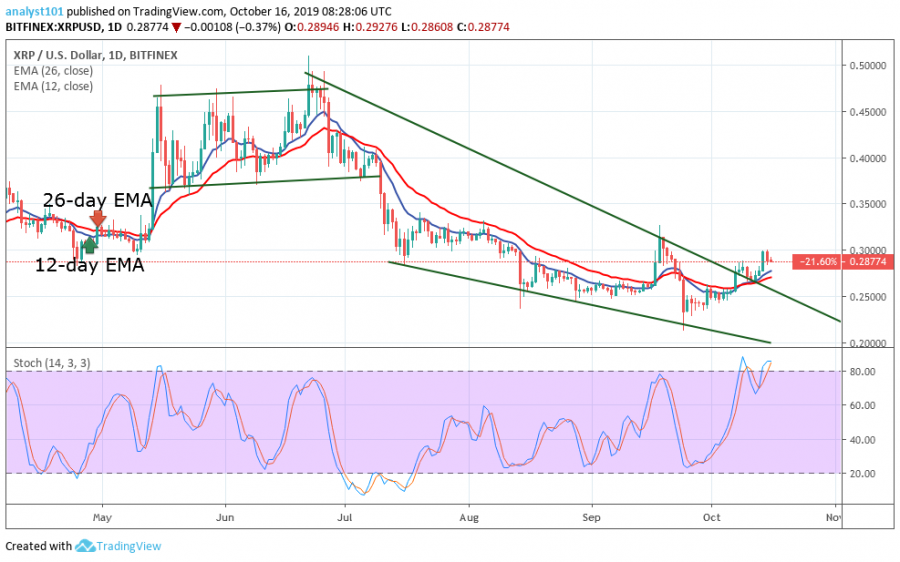 From the daily chart, the breaking of the bearish trend line signaled the resumption of a bullish trend. The candlesticks have closed above the trend line and it is expected that the price will rise to the previous highs. However, if the price falls below the trend line after an initial resistance at the $0.30 price level, this will portend a negative move for the coin.

Now, the market is in a strong bullish momentum according to the stochastic indicator above 80% range. The XRP price is above the exponential moving averages meaning that price is in the bullish trend zone.

What is the next direction for Ripple?

The XRP/USD pair selling pressure has subsided as the market trades above the EMAs. In October, the price made a consistent move but failed to break the $0.30 resistance level. Nevertheless, if the price makes a retest at the resistance level and breaks it, the market will resume its uptrend movement. However, in the absence of any breakout, the coin may resume a range-bound movement.


Disclaimer. This analysis and forecast are the personal opinions of the author are not a recommendation to buy or sell cryptocurrency and should not be viewed as an endorsement by CoinIdol. Readers should do their own research before investing funds.