VANHEALTHING to Reform the Biotech Industry 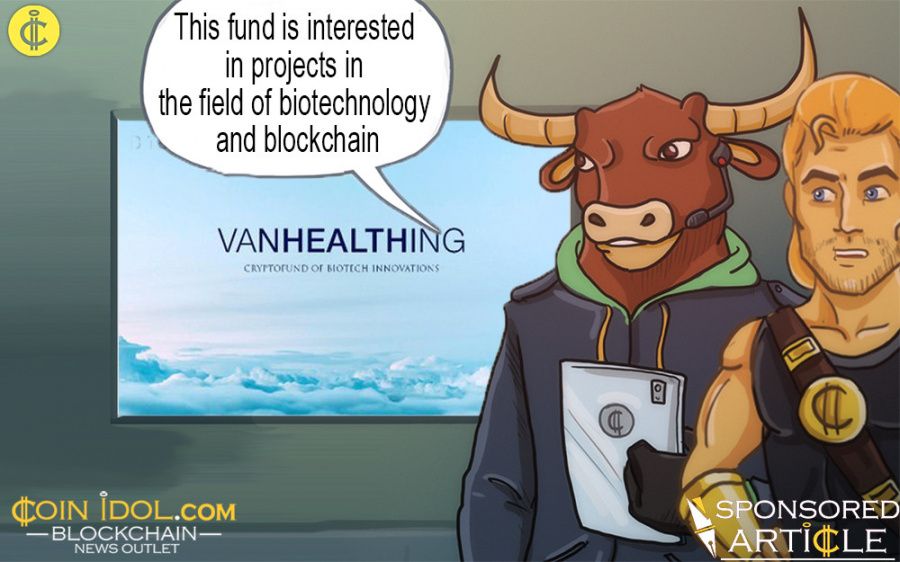 Since the end of 2017 there is a new Cryptofund called VANHEALTHING Cryptofund of biotech innovations. The Fund is interested in projects in the field of biotechnology and blockchain - both existing and under development. It combines cutting-edge biotechnology projects, effective financial management and social responsibility. The main goal of the VANHEALTHING team and products is to better quality of life for everyone.

The fund was named after Abraham Van Helsing - the scientist, warrior and explorer in the most influential novel of modern culture - Bram Stoker’s «Dracula». According to organizers fund he symbolizes the ideal of a doctor with a great humanitarian mission – to cure mankind from the plague of the current age: be it cancer, ALS, Parkinson disease, AIDS or tuberculosis.

VANHEALTHING’s mission is to reform the biotech industry by opening up access to critical products and solutions and making investment more transparent. The team of the fund believes that business and profits can be organically combined with humanitarian goals that save lives. On the scientific side, the projects of the VANHEALTHIGN Cryptofund are led by world-class scientists at the top of their fields: directors of scientific institutes, inventors of amazing biotech systems, peerless researchers and engineers. Portfolio is rich with the most advanced biotech projects available. They exist in a vast array of fields: biodata tracking, VR, biotech wearables, analytical patient-care engines, diagnostics and many more. These are not only on the bleeding-edge of scientific development, but have already shown successful traction in finance and business. The VAHNEALTHING portfolio includes now more than 20 biotech projects. All companies are already active and self-sufficient. Among them Planexta, Sence-Band, PurrPure, a lot of investigations in using of bio-robots and HIV and cancer treatment of well-known scientist Valeriy Kanevskiy.

According to last world reports, Biotech Market will reach a value of 727.1 billion USD by 2025 and is closely connected to the colossal healthcare market (predicted to reach 8.7 trillion USD by 2020). Market and strategy Biotech is a lucrative semi-closed market to which only institutional investors could grant easier entry until that day. The VANHEALTHING will helps to enter this business to private investors.

According to the partner of the Yaroslav Kologrivov Foundation, the crypto fund differs from traditional private investment funds primarily by collecting funds through the ICO.

By and large, this is no different from holding an IPO, our fund is preparing to agree with the regulator of the procedure for issuing security tokens. We plan to pay dividends to the holders of the tokens. The main reason why there are so few biotech funds in the world: a large amount of necessary investments and a long period of project implementation. And ICO allows to solve this problem: to collect a large amount of the fund and provide liquidity, Yaroslav said. If an investor purchases a token that is traded on crypto-exchange, he can sell it at any time and exit the project, but on condition that there are demand for tokens.
The Fund have three-stage ICO preparation and execution in order to minimize to its creditors’ and token-holders’ risks.

STAGE 1: attraction of cryptofunds as a private loan to the Fund’s LLC. This 5 million USD loan allows us to prepare for an ICO while also increasing the value and profits of our projects. Once the loan is granted, the Fund’s LLC will be incorporated.

STAGE 2: the future Initial Coin Offering (ICO) starts in September 2018. The process of establishing and developing the VANHEALTHING Cryptofund of biotech innovations includes to issue two types of tokens:

• The STOKER token is a digital unit issued and distributed free of charge by our company which aims to attract cryptocurrency in the form of a loan, with the goal of financing the preparation and execution of ICO procedures, as well as financing part of the existing projects of the future VANHEALTHING Cryptofund of biotech innovations.

• The HEALTH token is a digital unit issued (created) in the process of conducting our ICO (Initial Coin Offering). The unit will offer

STAGE 3: The ICO is expected to take place within 6-7 months, once the Fund completes the necessary regulation procedures for emitting securities tokens.