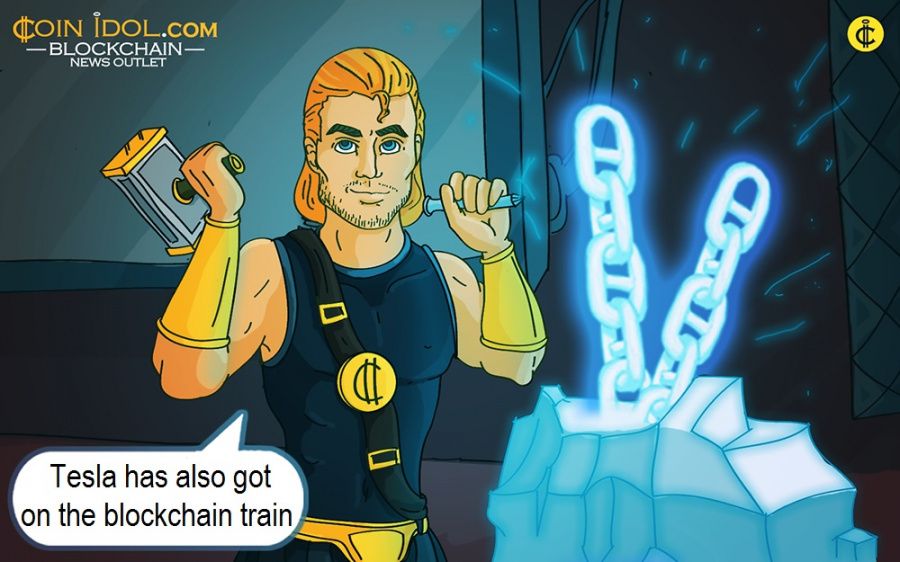 Tesla is planning to deploy blockchain’s potential to increase the speed of order processing and shipment of raw materials to boost car manufacturing and minimize time wastage.

The pilot of this project has been launched back in 2019. The company has concluded partnerships with leading shipping companies such as CargoSmart, Cosco Shipping Lines, and the Shanghai International Port Group to design a blockchain-based application for optimizing shipment processing. Now, when the tests have been successful, the new app will soon be deployed to the recently formed Global Shipping Business Network (GSBN) blockchain consortium, The Blockchain outlet reports.

The project allows for less bureaucracy

The new application allows them to record shipment documents on the blockchain and then transfer them in no time. While previously shipping companies had to wait for paper bills and other documents related to shipment before actually taking goods from terminals, the new app will allow for reduction of this time to a couple of minutes.

It reduces the number of verification steps, so the sea waybills are released faster, thus making it possible for the shippers to take goods from the terminal faster and therefore, to enhance the overall delivery time. So far, the project is designed for ocean carriers and the app is called to facilitate their cooperation with terminal operators.

So far, the application works only within the Shanghai International Port Group, but Tesla is planning on extending its usage to other ports as soon as it is finally adopted. The automotive giant believes it might really enhance the supply chain and boost the quality of the entire shipping process, which is especially important now, when businesses suffer difficult times.

Blockchain for the supply chain

As of now, Tesla is far from being the only company to explore blockchain for its raw materials supply chain. Actually, its potential goes far beyond shipment documentation storage and transfering. Due to the network’s traceability, it is possible to track goods all the way from picking raw materials to manufacturing and shipping.

Many companies from various industries have been already using the technology to improve their goods quality. Other automotive giants are also exploring various ways of improving their supply chain by having employed blockchain.

Coinidol.com, a world blockchain news outlet, has previously reported that BMW is also piloting a blockchain-based initiative called PartChain to enhance their procurement process. With their new platform, they will be able to track the way of every detail used in their vehicles from mines to smelters, which would guarantee the choice of only the best quality items.

As we see, blockchain is actively developing in many industries. Who knows, maybe soon enough we will see various initiatives combined to completely transform the field from the way we know it now?