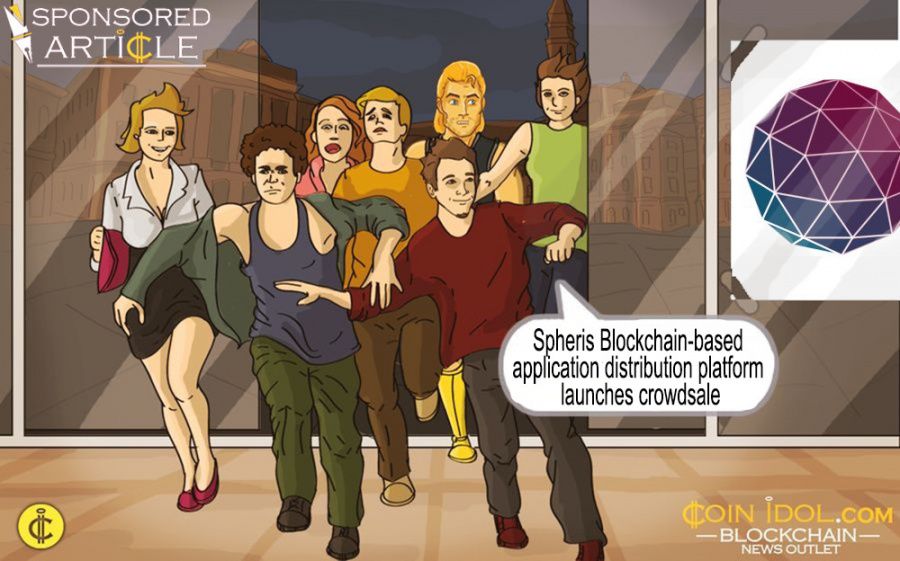 Israeli blockchain startup Spheris is starting its anticipated crowdsale today, a few days after releasing their first pre-alpha public software version of Catalog & Browser. The company is offering attractive bonuses throughout the crowdsale, with first two days having a 20% bonus for early bird investors.

Spheris is an open source decentralized application marketplace, aimed at replacing centralized leadership by large corporations. When compared with traditional app stores, Spheris seems to have an edge over the competition; they are giving developers a secure platform with no registration or transaction fees, instant payments, no restrictions or unfair censorship and customizable subscription system which will allow for many app leasing use cases. Spheris app store users will be able to have a complete decentralized experience, without the need for banks or credit card companies in order to buy and sell apps.

Spheris team has just released a pre-alpha build of two of their platform components, the Spheris Browser and Catalog. The release is good news to both for the company and contributors, a reassuring sign for the future success of the project. Those who are interested can download the software from Spheris website. It’s already available on Windows and Linux.

The Spheris Token will be open for sale for a limited period of 30 days, starting on September 19th, 2017. Spheris Tokens (SPRS) are utility tokens created to be used as the platform’s official currency to buy and sell apps.
In total, 2 trillion SPRS will be created once the project deploys the smart contract on the Ethereum blockchain. 62% (1.24 trillion) of those will be available as part of the upcoming crowdsale. In order to support the project, backers pledge either Bitcoin or Ether in exchange for SPRS. The base exchange rate is 1 ETH = 300,000 SPRS, but there are bonuses for being an early backer. Those who support the project during the first two days of the crowdsale will receive 360,000 SPRS for 1 ETH.

It’s interesting to note that they do not intend to burn any unsold SPRS tokens. Instead, unsold SPRS will be proportionally distributed among those who contributed, which in practice provide an additional amount of SPRS to contributor on top of his initial contribution.

“After understanding what the problems were and what is important for our platform, we have decided to make a large supply of SPRS tokens to favor convenience and scalability” says David Shabun, one of the Co-Founders of Spheris. He continued:

“2 trillion token supply can assure comfortable app prices for Western and Asian markets. Scalability is ready for up to a market cap of $2T”.

A contribution to Spheris supports the development of the project and it also supports the LaunchPad, a fund specifically targeted at encouraging developers to develop or migrate apps to the Spheris platform. By incentivizing the best app developers to list their titles on Spheris, the company hopes to gain a critical mass of users needed for a successful platform.

Spheris has released a whitepaper which you can read, detailing the technology and architecture behind their system. Visit https://spheris.io/crowdsale to learn more and contribute, and support the project beginning in September 19. The team is also available for a chat on Telegram.