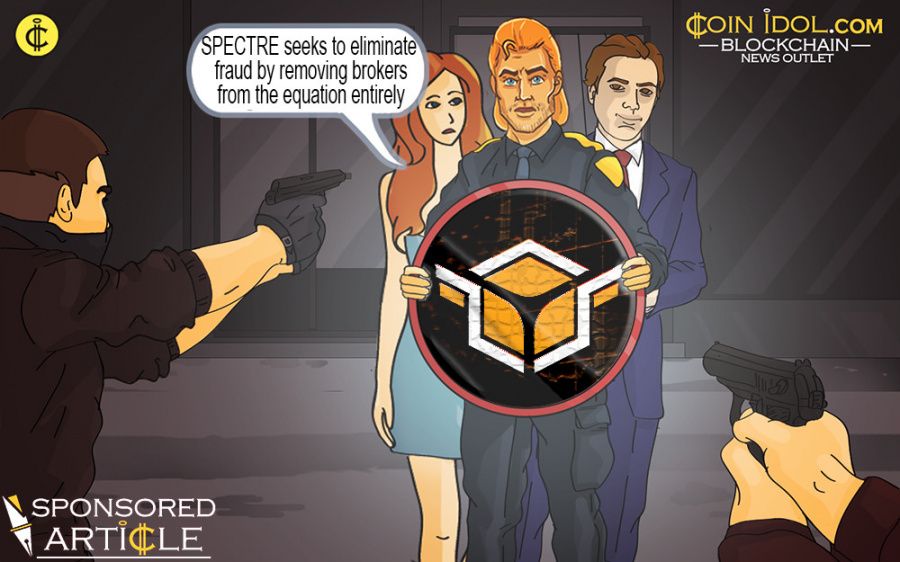 Cookeville, TN- Speculative Tokenized Trading Exchange, shortened to SPECTRE, is different from the other ICO’s that claim to be disrupting the financial market.

The platform was created by Neuchatel Ltd whose founders, SPECTRE CEO Karan “Kay” Khemani and COO Zisis Skoulouds, explicitly designed the platform to be disruptive and innovative. It’s two innovative features, Tokenized Balance Sheets and Dividends along with an adaptive trade platform, are their most disruptive ones. Both features aim to reduce broker fraud by removing the perpetrator of fraud-the broker-,protecting the trader through algorithms, and promoting transparency within the platform.

The main perpetrators of fraud within the financial trading market are brokers. They have complete control over the investments, and therefore capita, of the trader from the moment they invest. Brokers make money off of the losses of their traders which results in a broker-trader dynamic that encourages such practices as dishonestly reporting market prices, providing hyped strategies designed to burn accounts intro the ground, trading without permission upon the behalf of the trader, and hindering withdrawals. This unhealthy dynamic encourages a 70-90% industry loss ratio that creates distrust in the financial market.

SPECTRE seeks to disrupt this pattern by removing brokers from the equation entirely. The tokenized and decentralized liquidity pool, governed by smart contracts, takes their place. This pool is owned directly by traders. The liquidity pool, whose foundation is the Etherium block chain, is initially funded by ICO investors who receive tokens in exchange. Both the SPECTRE management team and these ICO investors receive a percentage of each trade. This creates a system upon which profit is not made purely from trader losses but rather by the sheer volume of trades made upon the platform. These profits, and the trades from which they resulted, are monitored by smart contracts to ensure all trades are fair. SPECTRE additionally uses OANDA price feeds to monitor these trades and encourage transparency.

Their adaptive trading program uses a range of algorithms to protect traders and promote transparency. These algorithms help with such processes as emotion control, risk management, and trade opportunity recognition. These are used to keep track of traders strengths, weaknesses, and other stats. SPECTRE keeps track of these and alerts the trader if they’re about to make a costly mistake. Traders are also allowed to monitor the live value and fluctuations of the liquidity pool along with the dividend pay outs made. This, unlike traditional models where this is not possible, allows the trader to be completely certain no fraud has occurred. With SPECTRE’s transparency traders can have complete faith in the fact that their tokens are being used as intended. 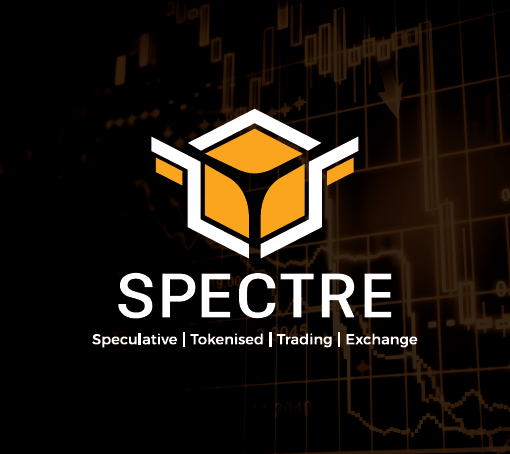 SPECTRE uses two different tokens to promote trading and growth within their platform. The first is their Dividend Token, also known as a D-Token, which is the standard token used upon the platform. It pays out a 2% dividend to all token holders each time a trader initiates a trade. SPECTRE gets a 2% cut of the overall trade in the form of a technology fee each time this occurs. The second is their Utility Token. These tokens, shortened to U-Token, do not pay a financial dividend with each trade but have 1-5% higher pay trade outs in comparison to the D-Token. U-tokens also allow access to exotic trade types such as knock-in-knock-outs, barriers, ladders, and other open smart contract options. These tokens, additionally, can be bought back by SPECTRE through their buyback program. This is made possible by their utilization of 3% of fees generated on their platform to fund the program.

These tokens, contained within the liquidity pool, are protected by a bug and security bounty program. The program is run by Mike Boutwell from CryptoAdvisors and ex Morgan Stanely executive director Adam Dossa will also be called in to run audits as needed. This program will protect SPECTRE’s liquidity pool from short and long term threats such as bots attached to trading accounts, DDOS attacks, site and liquidity pool hacks, and other attacks such as Trojan strategies. Mike Boutwell and his team will be auditing the SPECTRE platform to eliminate any security issues that may arise after December 15th of 2017. SPECTRE will additionally allows non-team members to participate in the Bug Bounty program along with a hackathon event. Participants of the bug program will be given a demo version of the platform and will additionally be given 0.1 BTC per qualifying bug found. The hackathon will be structured similarly. Participants will be allowed to attempt to hack the liquidity pool while it is connected to Testnet. O.2-0.3 BTC will be given to any who find a flaw but a large prize of 1-10 BTC will be given to any who successfully rigs the system. This, SPECTRE hopes, will incentivize keeping the platform bug and security flaw free.

SPECTRE, with these innovations, promises to be a disruptive platform that will change the way digital trading is carried out. They have thrown the old financial trading model out and replaced it with a modern platform far more fitting for the digital age.

SPECTRE’s token sale starts on the 17th of November 2017 at 12:00 PM GMT and ends on the 10th of December 2017 at 11:59 AM GMT. The public alpha went live in September 2017 and the connection to the live Ethereum mainnet environment is scheduled for the first quarter of 2018. Access will be made available on  www.spectre.ai.