Ripple Bounces as the Market Consolidates Above $0.18 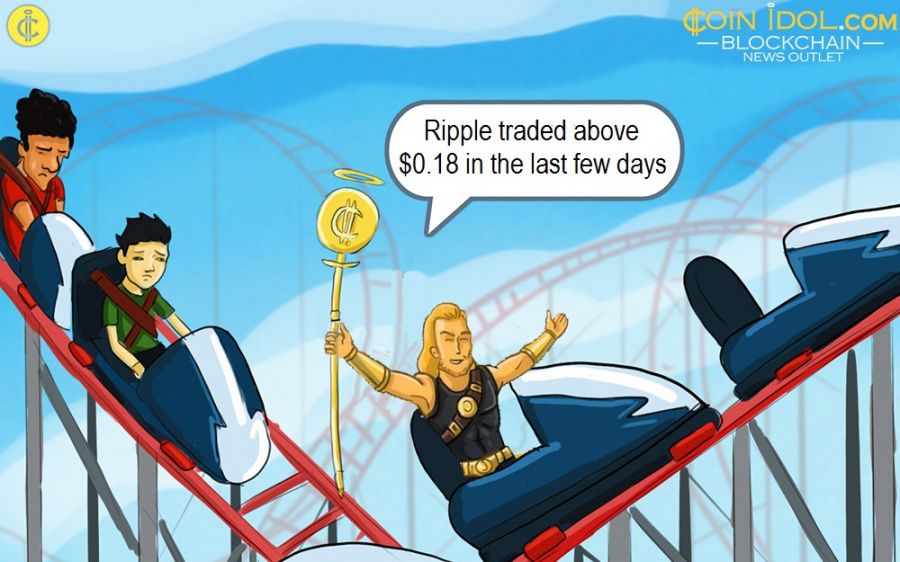 Selling has been relatively stable as XRP traded for the past four days. Ripple traded above $0.18 in the last few days as it moves up to retest the $0.20 resistance level. The relative stability of the coin means that the selling pressure subsided above $0.18. The bulls could have used that period to buy at the upper price level. Hopefully, Ripple is making an impressive move as it climbs above $0.19.

Unfailingly, the EMAs have remained pointed southward indicating that the overall trend is still bearish. Similarly, the price bars have remained below the EMAs after the bearish crossover on November 8. The RSI period 14 level 37 is moving up to the range-bound zone as the coin moves positively upward. 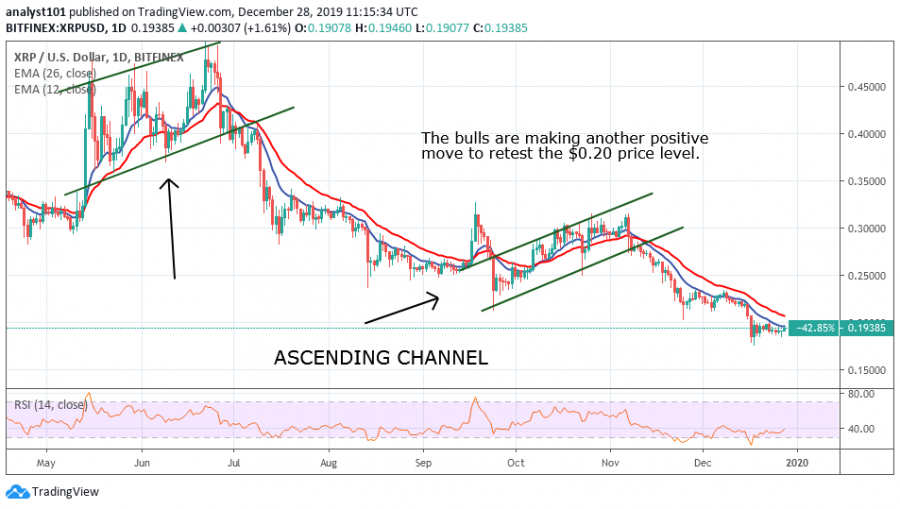 Possibly, Ripple is making another upward move after taking a breather from the selling pressure. We expect the coin to break out and the price closed above the $0.20 price level. This will ensure Ripple's upward move. Traders will have the freedom to initiate long trades in anticipation of a bullish trend. However, it will portend negatively, if there is a sudden turnaround and price falls below $0.18 support.