Ripple May Sink Below $0.22, Offers a Buying Opportunity 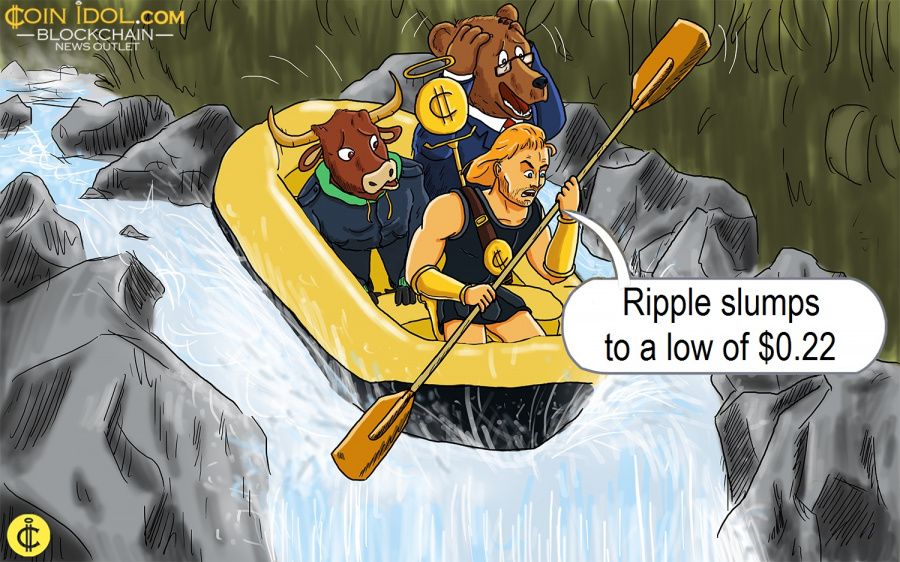 Ripple began a downward move soon after XRP was overbought at $0.34. In the last two weeks, XRP has dropped to a low of $0.22. During its downward move, the $0.28 price level has been knotty. The first bearish impulse was at the low of $0.28 where the bulls and bears tussle for a price over a week. Eventually, the bears have the upper hand, as XRP drops to the low of $0.26.

Today, after an initial fluctuation, XRP slumped to the low of $0.22. Nonetheless, as the market reaches a low of $0.22, Ripple appears to be in the oversold region. Buyers are expected to emerge at this price level. Ripple will fall to the next support level at $0.21 if buyers fail to emerge. An upward movement is expected if buyers emerge but may face resistance at $0.26.

Ripple is below the 20% range of the daily stochastic as XRP falls to a low of $0.22. This implies that Ripple is in the overbought region and will remain until buyers emerge. It also means that XRP is in a strong bearish momentum. 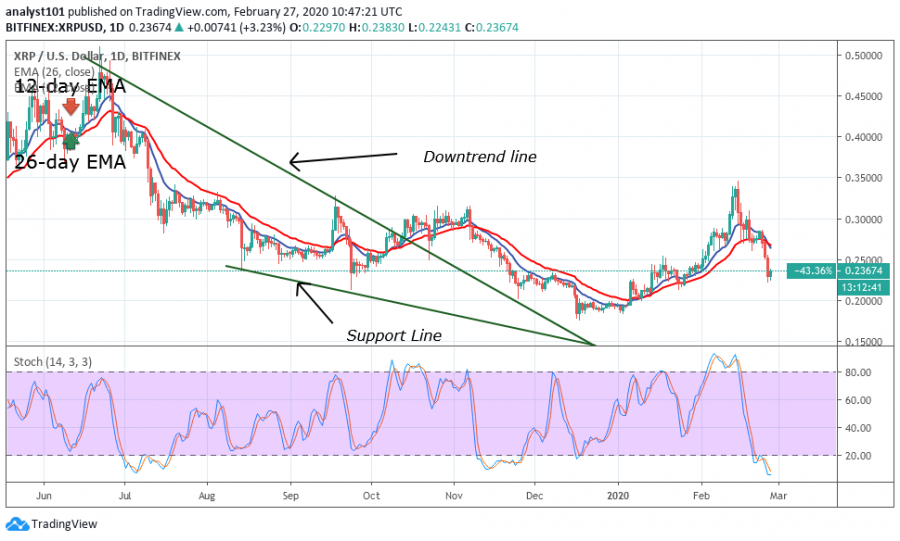 Ripple is said to be oversold at $0.22. In an oversold situation, the bearish momentum is strong while the emergence of buyers will reverse the momentum to bullish. The downward move may subside if buyers are on hand to push XRP upward. Traders have the opportunity to take advantage of the oversold region to look out for a buy set up in anticipation of a bullish trend.

Tags
Ripple Price Analytics Support Bullish Coinidol Trading Forecast Investing Research
Most Popular
May 03, 2021 at 15:03
News
China Eyes February 2022 Beijing Olympics for Digital Yuan Launch but Is It Still Viable Amidst COVD-19 and Rising anti-China Movements?
May 03, 2021 at 14:17
News
Ethereum Rallies Above $3,000, Breaches More Resistance Levels
May 03, 2021 at 13:00
PR
Everything You Want to Know about Stellar, and Why it’s Getting Added to 1xBit
May 03, 2021 at 12:17
News
Bitcoin Reclaims $58,000 Support as Bulls and Bears Resume Price Tussle
May 02, 2021 at 11:54
News
South Korea Announces Testing of CBDC Right After Imposing a New Tax Framework; Is It a Coincidence?
More