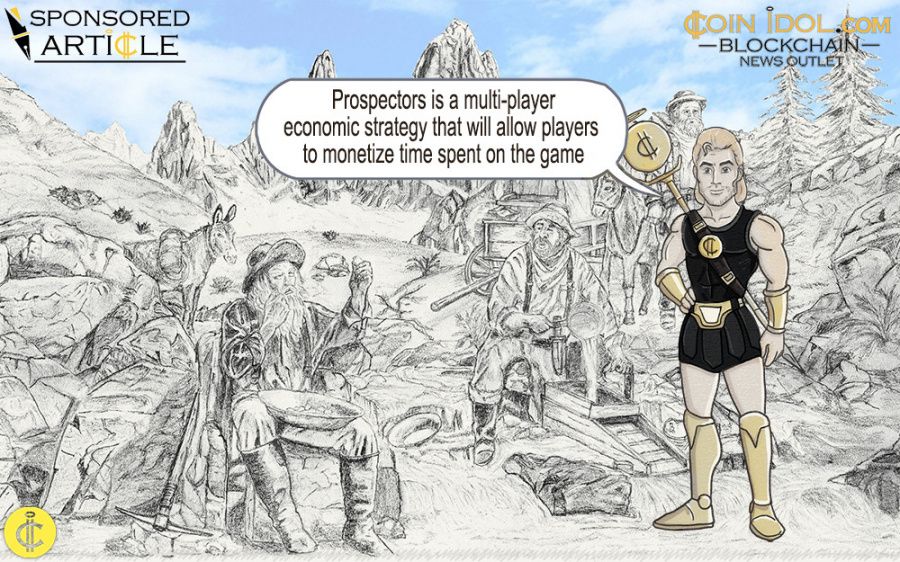 MMORTES Prospectors is a multi-player online real time economic strategy that will allow players to monetize time spent on the game. It has started the preparations to the crowdfunding campaign. The launch of campaign is planned for August, 10.

The game world will be based on a real economic model, typical for the second part of 19th – beginning of 20th cc. As the game website states, the developers consulted the leading experts for “implementation of real economic processes and credible financial relations”.

Every player will be able to put himself in the shoes of a real miner, who arrived in the gold zone to try to become rich. Someone will manage to do that, but not all. As in real life, there won’t be enough gold for everybody. Some players will have luck right away, and some will have to develop the economy of this wild land. And you can’t guess what will be more exciting.

The key peculiarity of the game is the fact, that the game gold will have a real value and it could be withdrawn outside the game. Or, to say it another way, the players will be able to monetize their time, spent in the game.

As the Prospectors developers say, the success of the decentralized social network Steemit has inspired them to create MMORTES. It pays its users for writing original articles, publishing photos, liking and commenting posts.

But what if someone likes playing computer games most of all? – We thought. Why not give them the possibility to earn? Our game will offer the opportunity to earn not only to the most active players, but everyone interested.
- the project website quotes.

How Will It Work?

The game world will look like a map of particular size, divided into lots. These lots will contain seven initial resources in random order, and among them gold will be the most important. The gold will play the role of the single inner game currency, and someone can be lucky enough to find the gold mine at once. As in the real life, the luck will be no less important.

Yet, those who weren’t lucky enough to find the gold right away, can earn it according to their skills and talents. Miners will need instruments, place to live, food, etc. This way, simple economic relations will be built step by step, becoming more complicated with the development of the game world.

All economic models of the game will be built on the work of the wage workers, and every player will have a few of them. They can work on a player’s land or can be hired by other players. Workers will have specific characteristics, such as stamina, speed, and other.

All in all, Prospectors will have tokens: the above mentioned play gold (PGL). Tokens are created on the basis of the Ethereum.

During the crowdfunding campaign tokens PGL will be distributed. In fact, gold is the shares of the Prospectors company.

The game structure will be based on the work and cooperation of the several smart contracts. They will manage financial flows in the game (i.e., gold movement), member registration, taxpaying, filling with gold the new parcels during the further game world widening.

Prospectors will be governed by the gold owners by means of DAO – decentralized autonomous organization – by voting the most important decisions.

Token owners will decide how to distribute the Gold withdrawal; which sum should be forwarded to the further project development and support; what price should be set for patents or technologies in the game; what limit to set in the Fund of New Lots, etc.

Crowdfunding campaign will start on the 10 of August and will last till the 10 September or will be finished after the sum of 29500 ETH is gathered. The minimal sum planned to be raised is 2000 ETH.

All the unsold PGL tokens will be sent to the Fund of New Lots.