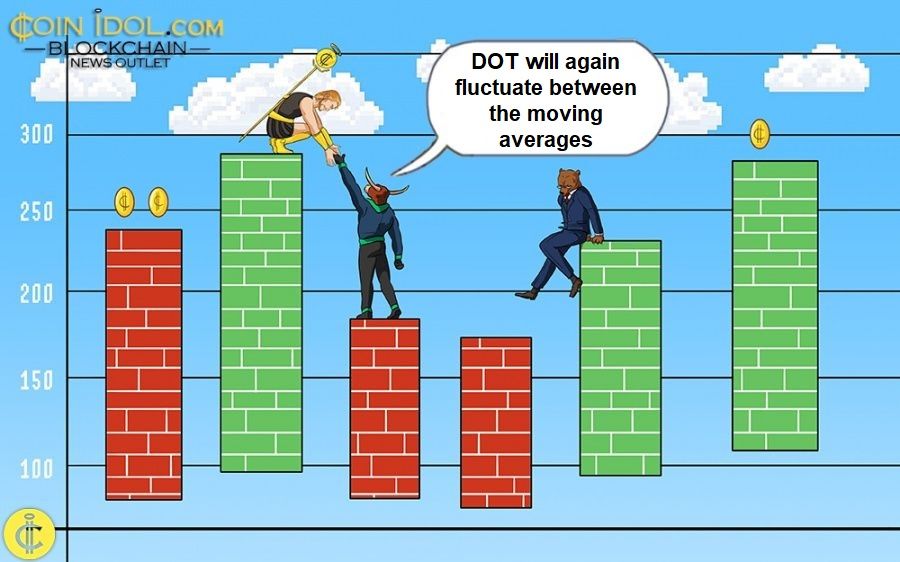 Polkadot (DOT) remains in a downward correction. The cryptocurrency has found support above the 21-day line SMA.

In other words, the price is consolidating above $27 support after being rejected at the $32 high. Polkadot is trading at $27.63 as of press time.

The altcoin is above the 21-day line SMA but below the 50-day line SMA. This means that the price of DOT will again fluctuate between the moving averages until a breakout is achieved. Sellers have the upper hand as the cryptocurrency is trading in the bearish trend zone. For example, if the bears break the support at $27, the market will fall to the low of $23.50 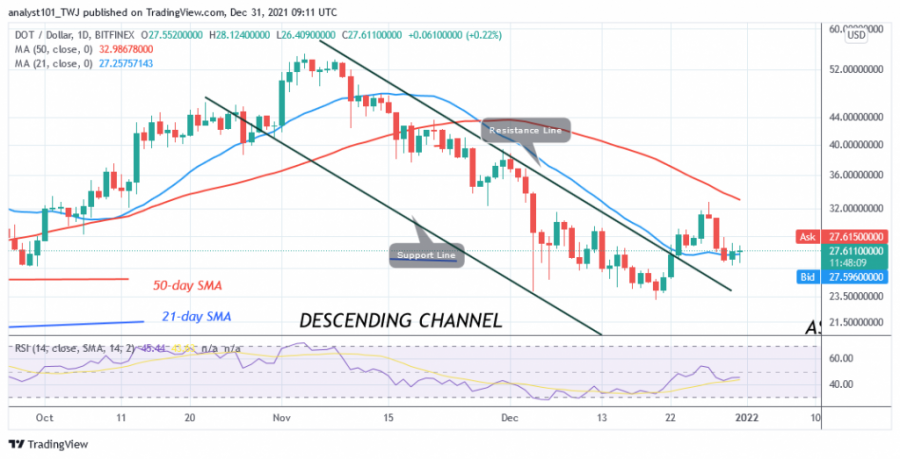 On the 4-hour chart, Polkadot is in a downtrend but has resumed its upward movement. The price is retesting the 21-day moving average line. Meanwhile, the downtrend from December 29 has shown a candle body testing the 78.6% Fibonacci retracement level. The retracement suggests that DOT will fall but reverse at the 1.272 Fibonacci extension level or $25.63. 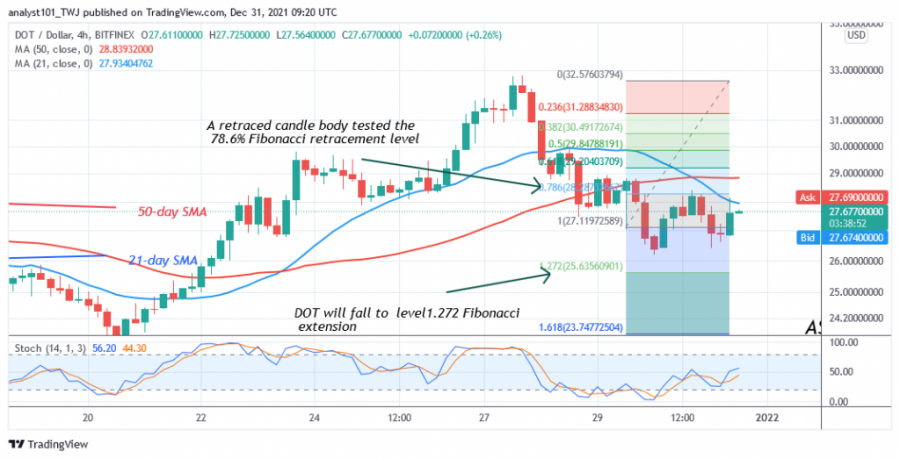