OmiseGO Fuseki Milestone Has Been Reached 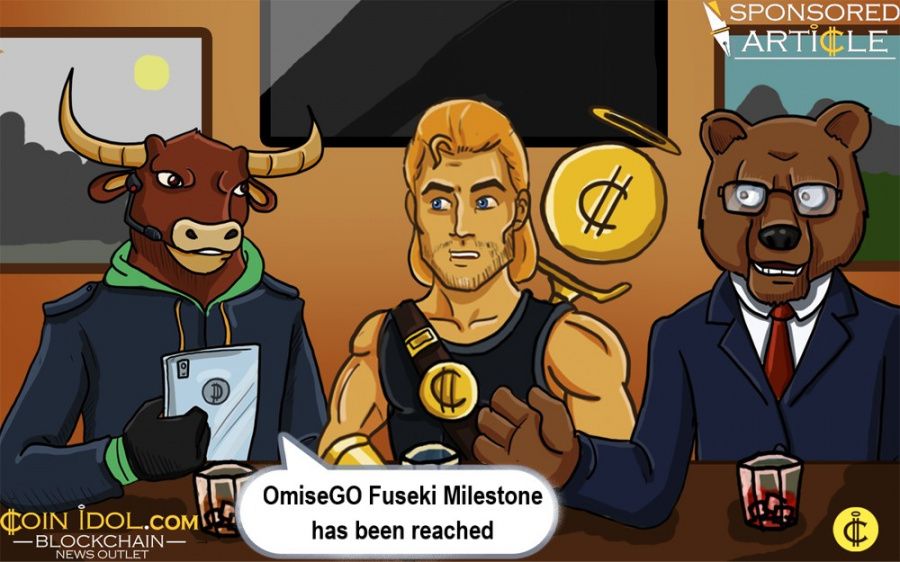 ‘Fuseki’ is one of the terms from the ancient board game ‘Go’, invented in China over 2,500 years ago, and is also the first milestone on the OmiseGo roadmap. The project is led by OmiseGo's Jeremy Lam and a few days ago new updates about steps in their development were posted.

Reaching the Fuseki milestone means that OmiseGO SDK has officially moved from the alfa version into closed beta. The OmiseGo SDK is a code framework on which developers can build their own wallet applications that will interact with the OmiseGo Blockchain. Jeremy Lam also reveals their next steps:

"We are proud that we can announce that the OmiseGO SDK is in the hands of one of our strategic partners, a huge multinational company that will help us develop one of our first real use cases."

OmiseGo wants to disrupt the typical bank world and help people without bank accounts with three basic tools. OmiseGo SDK, the Decentralized Exchange (DEx), and the OmiseGo blockchain. The first tool is ready for use.

OmiseGo's ambitions are global but they are initially focusing on Southeast Asia, where 73% of the population are without bank accounts. That means the majority do not have access to traditional banking infrastructures such as debit / credit cards, loans, etc. and primarily use cash for everything, but almost everyone has a smartphone. Many companies are aware of this situation and have started building 'e-wallet' apps, for example, a Starbucks app. Nonetheless, all these apps exist on the 'closed loops' payment infrastructure. OmiseGo wants to disrupt these 'closed loops' systems with their own structure. As Jeremy Lam said:

"Our goal with cash-in and cash-out touch points is to create a network of banking and retail partners where users can deposit and withdraw their cash."

It means that this cash can be converted to tokens on the wallet app and is immediately exchangeable for other tokens via the OmiseGo blockchain.

So, if we can expect millions of users, how will the team solve problems of scalability? Fortunately, OmiseGo has a partnership with Ethereum developers and the main advisors of this are project Vitalik Buterin and Joseph Poon. Buterin and Poon are two of the main characters that stand at the head of Ethereum and in new ETH technology 'Plasma', which solves the scalability problems. 'Plasma' will be implemented into many projects, with OmiseGo blockchain being the first.

Disclaimer. This article was written by a member of the OmiseGO community. This article is paid and provided by a third-party source and should not be viewed as an endorsement by CoinIdol. Readers should do their own research before investing funds in any company. CoinIdol shall not be responsible or liable, directly or indirectly, for any damage or loss caused or alleged to be caused by or in connection with the use of or reliance on any such content, goods or services mentioned in this article.