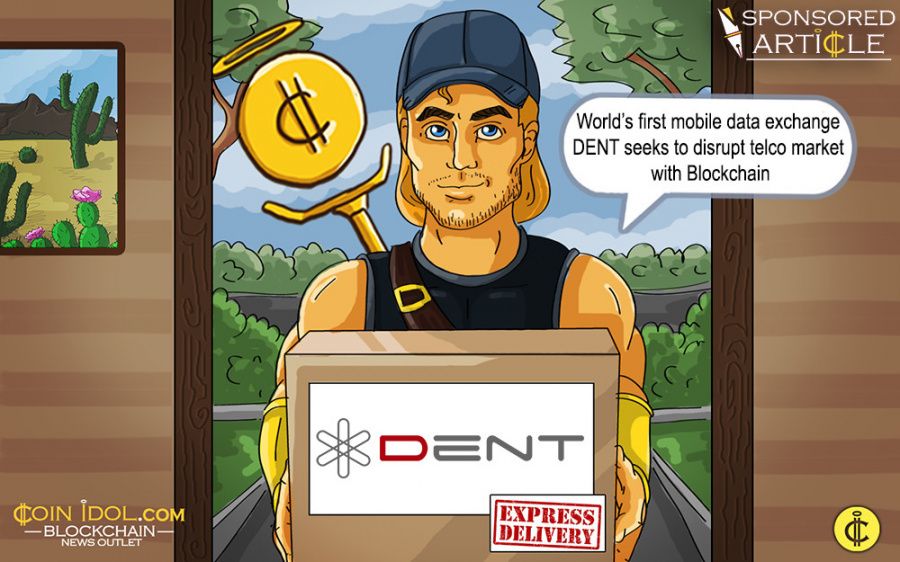 DENT Wireless Limited has announced its intent to disrupt the world’s telco market by creating the first Mobile Data Exchange. DENT plans to liberate mobile data by enabling anyone to buy, sell and donate mobile data through the Ethereum blockchain using a new universal currency for data markets, the DENT Token.

“DENT builds a community of telco customers like a “union” to leverage the collective buying power to drive change. For a telco, each customer is highly valuable - in fact worth a global average of $460. Combining just 2 million customers represents $920 million, which no company can ignore” says Mikko Linnamäki, co-founder of DENT Wireless. Mikko is also co-founder of DOVECOT Oy, the company behind DOVECOT, the world‘s most popular IMAP server with a world market share of 72% and over 4 million installs.

Mobile data is big business, yet needs to be changed to unlock the full potential

Global mobile data revenues in a single month are $32 billion, according to Parks Associates [1]. However, data is sold in silos per operator, and usually in fixed denominations. So either the user uses too little and loses the remainder at the end of the billing cycle (typically a month), or they use too much and then have to pay excess charges. As an example, if just 15% of data sold goes unused, a whopping value of $4.8 billion is virtually forfeit.

Using mobile data internationally is great - in principle. However, charges are unpredictable for the user and up to 100x or more expensive than at home. Part of the reason are legacies, such that data traffic is routed from the visited country back home before being terminated to the internet. We aim to leverage “local break-out” similar to Wi-Fi hotspots today, to increase efficiencies and lower costs for the users to domestic levels.

DENT will be the global exchange for mobile data where - when fully scaled up - the world’s mobile data is sold, bought or donated, just like other commodities such as currencies are traded today. DENT will make data pricing transparent, and through automated bidding increases the efficiency of purchase, just like spot markets and digital advertising today.

DENT Tokens will be the global currency for trading mobile data via the Ethereum blockchain. Data and DENT Tokens are smart contracts within the blockchain, and therefore automate the financial process and connect together users and telcos globally. The decentralized nature of Ethereum means that the DENT Exchange is a global platform right from the start.

For more details, please refer to the DENT whitepaper at https://www.dentcoin.com

For more information about DENT and the crowdsale see https://www.dentcoin.com

Disclaimer. This article is provided by a third-party source and should not be viewed as an endorsement by CoinIdol. Readers should do their own research before investing funds in any company. CoinIdol shall not be responsible or liable, directly or indirectly, for any  damage or loss caused or alleged to be caused by or in connection with use of or reliance on any such content, goods or services mentioned in this article