Mars Blockchain Summit NYC 2018 was successfully held in New York on October 18, Eastern Standard Time. Joint by well-known financial institutions and industry leaders from both China and Wall Street, guests engaged in deep dialogues to explore what’s next in blockchain.

On the summit theme “Next Step”, six panel topics were tackled, including the Trend of Global Regulations, the Future and Implementation of STO, Stablecoin, Secondary Market and Trading Platforms, Public Blockchain and Application, and Investment Strategy against Market Cycle. Remarkable speeches on topics such as public chain, stablecoin, regional market and the future of blockchain were given by six industry leaders as keynote speakers. 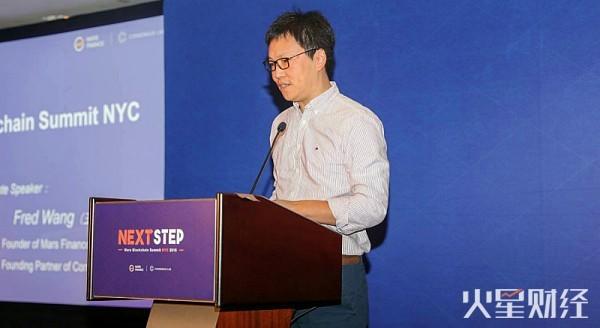 Wang shared with the audience and the guests of the summit on the current business progress and future directions of Mars Finance.

“There are three industry buzzwords that we take very seriously, and they also represent three important directions. First, the information service of blockchain, with a broader scope, is far more than the media information provided by Mars finance. Second, blockchain financial services, which we will get involved quite heavily through acquiring shares, incubation and other means. This will include the digital currency portfolio manager BitUniverse and the cryptocurrency bank CoinBank we partnered with. Third, industry blockchain transformation is another focus for Mars Finance, through promoting the transformation and upgrading traditional industries with blockchain technology.”

Chuanwei Zou, Chief Economist of Bitmain: only stablecoin projects with transparency and regulatory compliance are likely to succeed 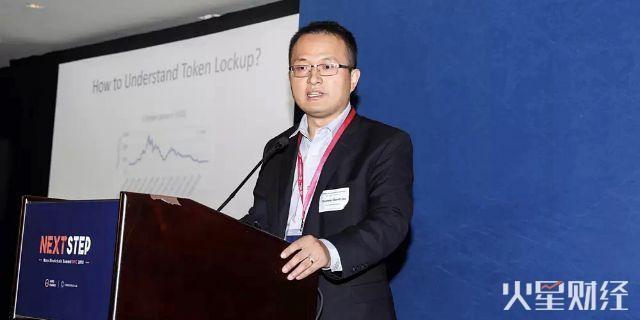 We need to pay attention to two things. The first is portfolio restructuring, in which investors sell shoddy stable currencies in exchange for mainstream ones to hedge against risk. The second problem is the liquidity shortage. If the quality of the stabilizer shrinks, the holders of the stabilizer will adjust their investment positions and get the dollars they have there from the issuers, which will have a huge impact on the whole cryptocurrency market.

David d.Namdar, Partner at GalaxyDigital: there is great hope for innovative projects in Asia 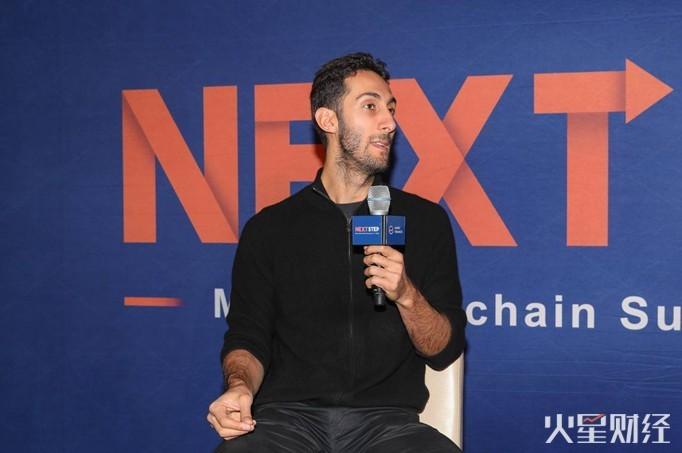 In Asia, we are very hopeful to see innovative projects, the entrepreneurs in the region are working hard every day, and I think the Asian market is very vibrant and very driving. About bear market investment, it is investment relation on certain level, investor. Objectively speaking, I want to choose companies that we think will achieve something and optimize our process, which is the most important thing.

Dong Li, Founder of GoWithMi: we are the world's first "map public chain" 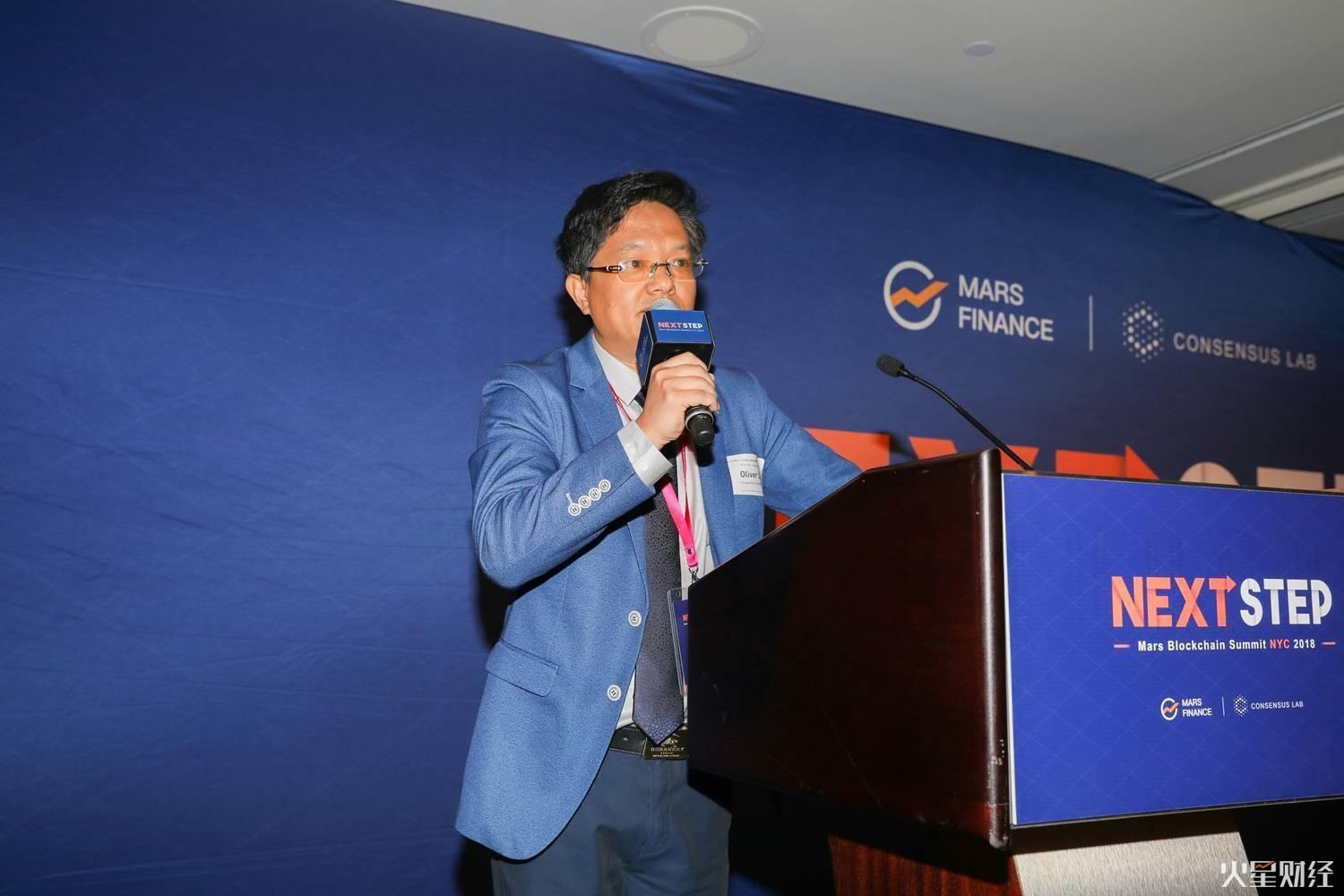 GoWithMi's goal is to create a decentralized and shared global economic infrastructure map. In my opinion, if blockchain becomes the next generation of Internet after a few years, it must have a decentralized map as its basic component.

Keith Azzopardi, Embassador of Malta to the United States: Malta will rapidly grow into a blockchain country 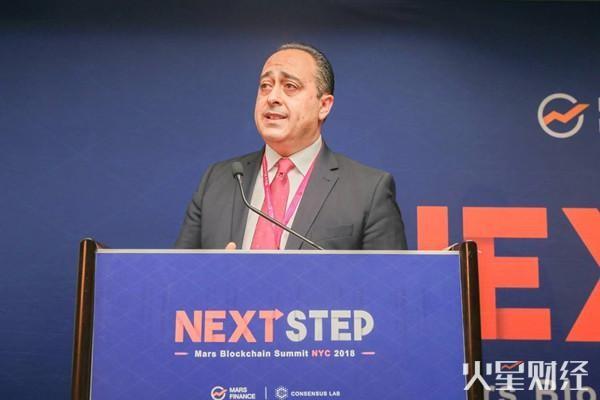 Currently there are three innovations in regulation in Malta, and we have established corresponding technology bills, bill of rights and regulation bills that can ensure the free development of blockchain enterprises. Malta is not the first country to develop blockchain technology, but we have perfect supporting infrastructure. 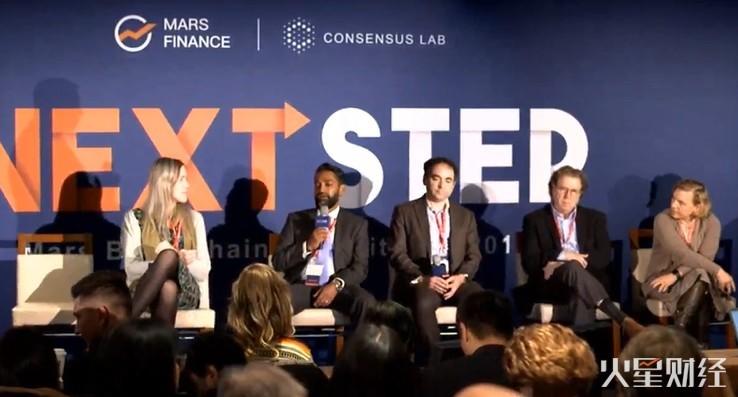 Angela Angelovska-Wilson (Co-Founder of DLx Law): The regulation of blockchain technology in the United States is relatively mature, requiring project parties to not only protect themselves, but also protect their investors, because if done badly, it will affect the entire cryptocurrency industry. The future regulation will be computerized, and if the company breaks the rules, the computer will immediately start the program to enforce regulations to limit and punish those actions. I think blockchain technology can help us build more robust regulatory mechanisms, and it's not our enemy.

Future of STO Panel: to embrace STO, you must embrace regulation 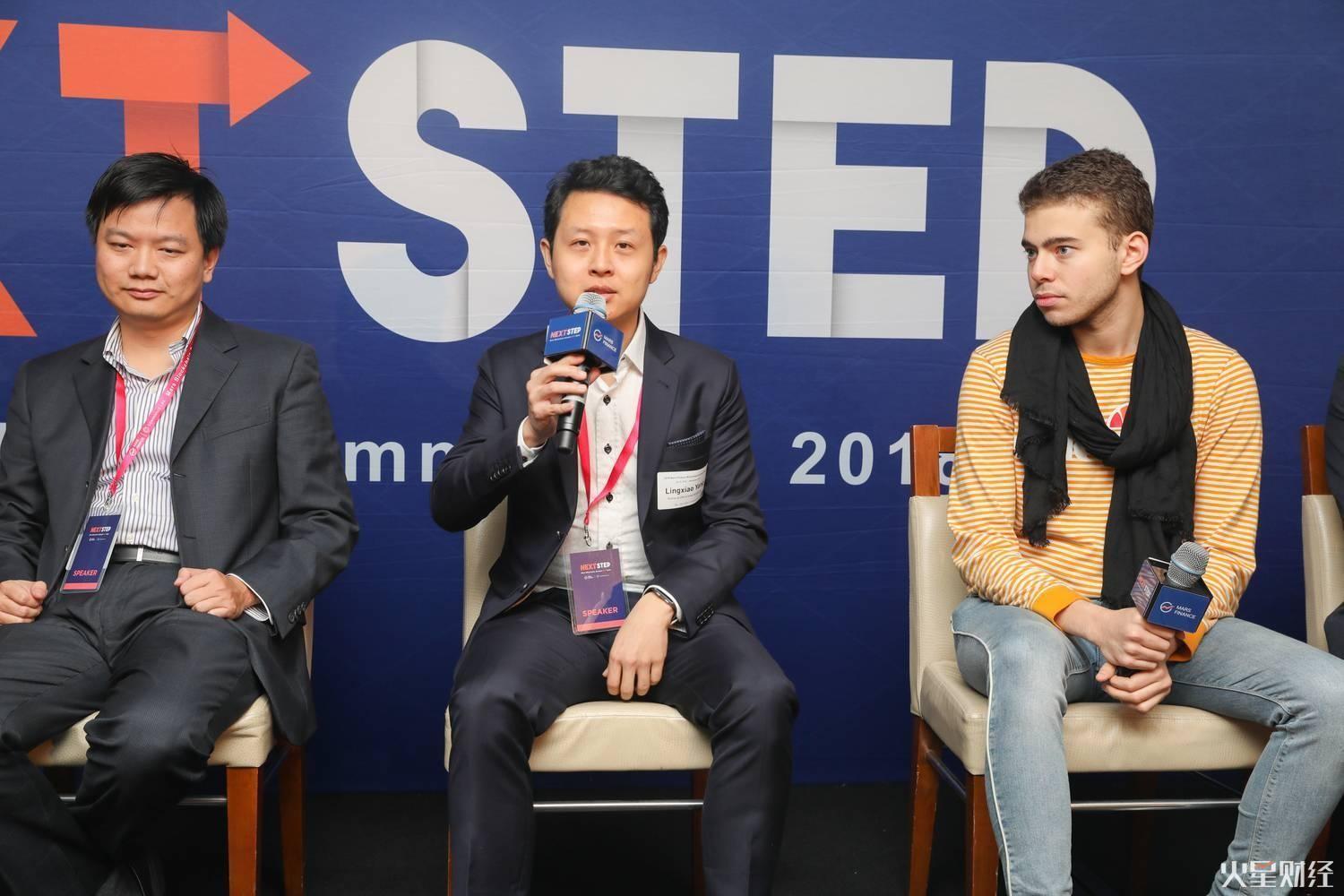 Yifeng Mao (Founder of Usechain): STO was more regulatory friendly and in line with the regulatory requirements compared with ICO, and STO increased the KYC and AML processes, which can alleviate the situation of currency manipulation and enhance the securities liquidity and investment and financing efficiency.

Lingxiao Yang（Partner and COO of Trade Terminal Inc.)：STO is not the solution to everything, so when looking at investors investing more than 1,000 bitcoins, the first three questions are not about returns, but about infrastructure issues, namely the aforementioned obstruction. So maybe the whole industry's focus is on infrastructure, although it's driven by technology, and maybe when we look at the longer term, building infrastructure first, we should give them a little bit of time, and they need to understand what the market’s need.

Igor Denisov (Supervisor of Polymath Strategy and Business Development): Now there is a lot of competition between public and private chains. Therefore, increasing transparency can increase the value of STO tokens now. Wall Street is willing to participate, and the visibility of the whole mechanism is high. So in the cryptocurrency market, the prices of tokens are actually driven up by opacity.

Jeffrey Wernick (Early investor in Bitcoin, Uber and Airbnb): the emergence of stablecoin has held back the growth of cryptocurrency

Jeffrey: I don't think that the currency is an asset class. Market is crazy, but I will not go to care about the currency for a month or a year, I am more concerned about is the future of its development space, the world demand for encryption currency will only be more and more, I think that by far the most dominant encryption currency or COINS, I believe that the practicability of the currency will be getting better and better, I am a very patient person, I am willing to wait for that day to come. As a long-time holder of bitcoin, I think price predictions are purely noise, and for noise, I usually filter it out.

Fred Wang: At present, there is a steady currency supported by the government in the market. The Chinese government and the central bank are also paying attention to cryptocurrencies. Some people think that the next currency war will be caused by the stablecoin. 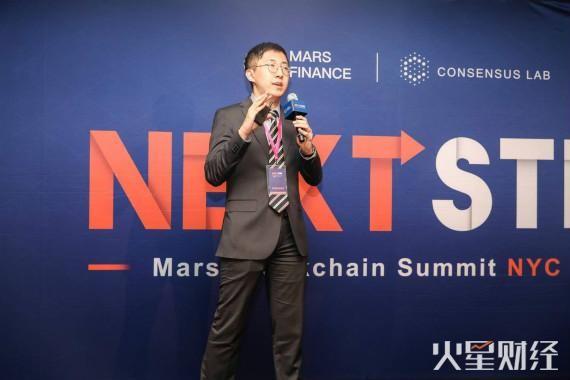 After entering into the 21st century, more and more traditional Banks begin to shift in the direction of the development of coin bank. We're seeing more and more capital flowing into coin bank. It's not hard to imagine that five years from now, digital banking will play a bigger role in finance.

The storm of stablecoin panel: the significance of stablecoin is mainly reflected in the payment field, and transparency is crucial 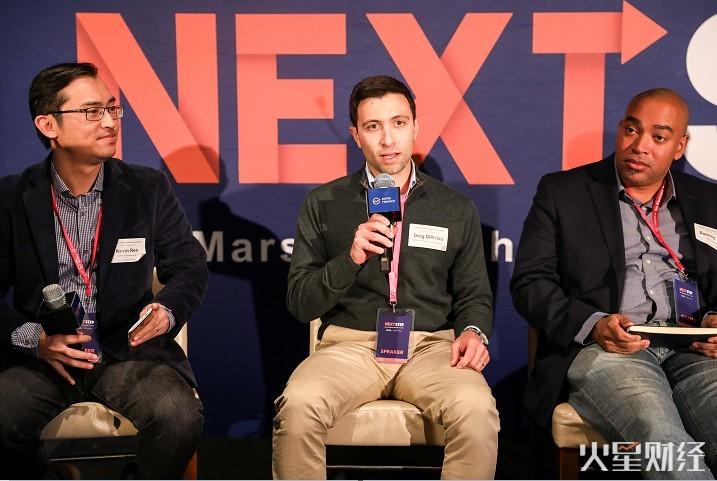 Top Application: probably need to speed up DApp by a million times 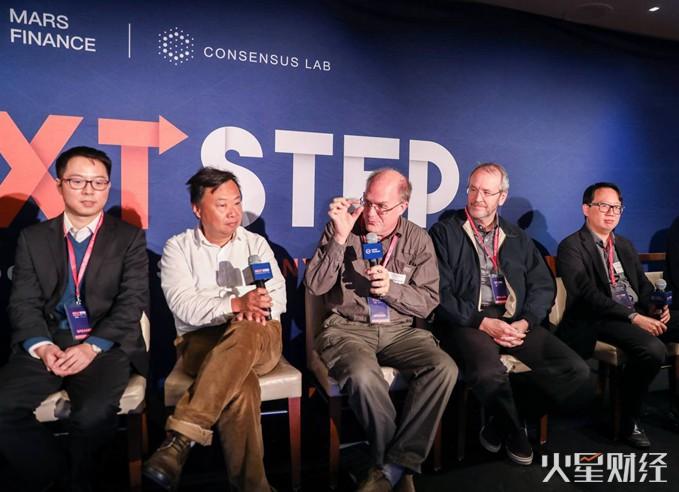 Theodore Gray（Advisor of Newton and Co-founder of Wolfram Research）：We have no idea what killer apps are, and just as we saw the Internet in the 1990s, we can't imagine what the future holds. The reason why we can't imagine killer apps is that we have an infrastructure problem, a solution that's 100 times faster is not enough. It might take a million times.

Steven Haft (Head of Global Partners Relations of Consensys): Killer app will change the flow of capital across the globe, benefit the billions of people who cannot benefit on the Internet.

Investment Strategies to counter Market Cycle: the market is moving, but economic data needs to be studied before making any decisions 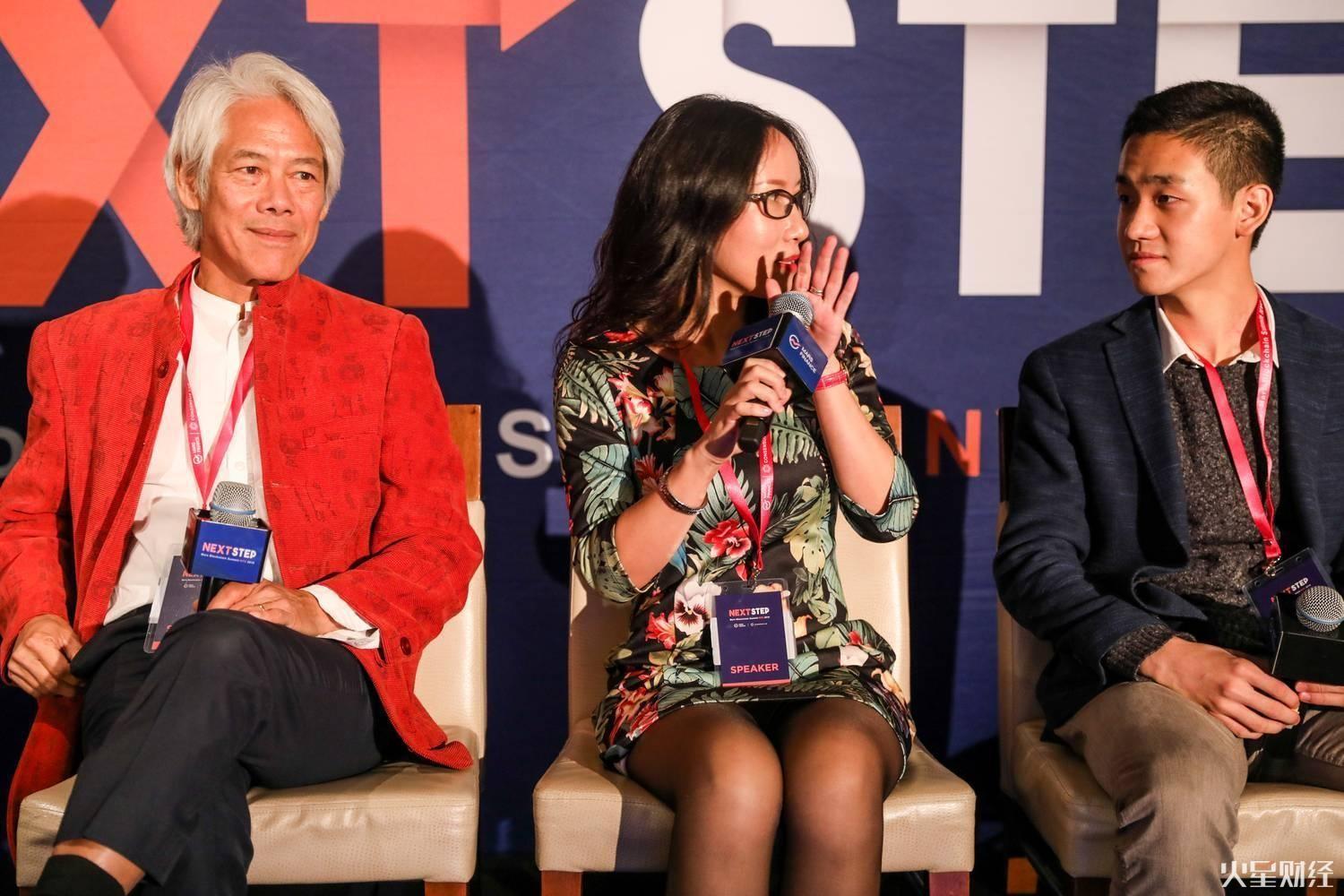 Aurora (Founding Partner of Crypto Capital): In order to find quality blockchain projects to invest in, we need to look at its community, risks of project development, and also analyze the measures for project implementation. As in the team’s aspect, it is important to know the background of the founding team, whether the founders are true entrepreneurs, whether the products solve practical issues, and whether they create value for users and so on.