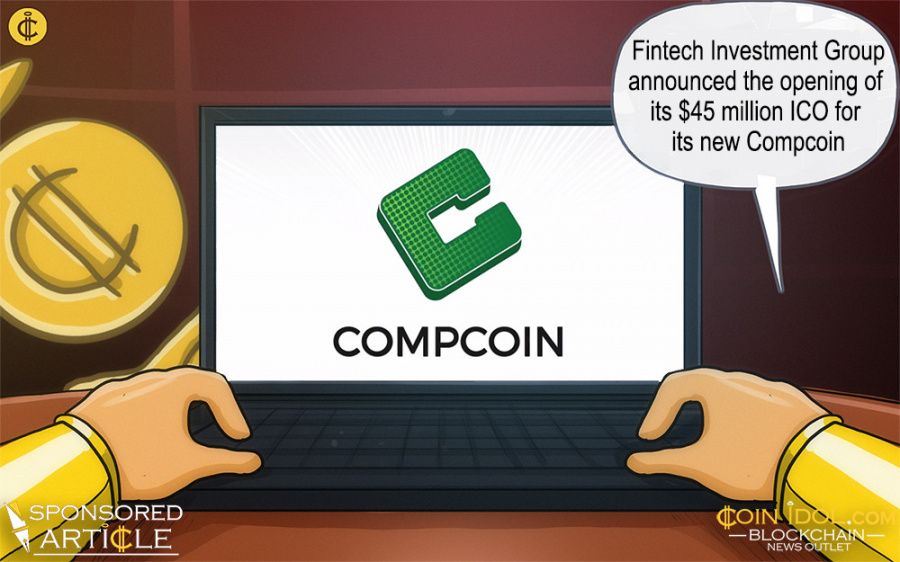 The ICO consisted of three million Compcoin selling at $15 each, with an additional bonus for early investors. Complete details of the ICO can be found in Compcoin’s whitepaper.

Founded in 2015, Compcoin is a new digital token focused on investing and growing capital, and initially caters to investors and forex traders. Investors can acquire and hold Compcoin to leverage as an alternative investment vehicle -- similar to other financial asset classes (stocks, bonds, commodities, etc.). However, the primary function of Compcoin is to grant investors access to ART, Fintech Investment Group’s proprietary, automated algorithmic forex trading platform.

ART has been successfully predicting US Dollar-to-Euro currency trades during eight years of testing, delivering 10% quarterly returns -- which is significantly higher than the average ROI for retail forex traders. Once traders begin experiencing increased returns on their forex trades via ART, the demand for Compcoin will increase, thus increasing the value of the coin for long-term investors, coin speculators and forex traders.

"Digital assets such as Compcoin represent the next frontier in investing. Given the market's performance, and Compcoin's focus on investing and growing capital, we are confident that investors will see Compcoin as a means to diversify and enhance their portfolio's value."

Speaking on ART, Friedland shared that he believes "Compcoin truly levels the investment playing field by giving everyday investors access to the same powerful trading technologies that were previously only available to hedge funds, large pension funds, major insurance companies, global banks. and elite, accredited investors. ART offers a solid, long-term investment vehicle whose value is not tied to any particular asset class or commodity, but rather to demand for the ROI generated by the coin itself."

Unlike other digital coin mining tools, which use GPU or ASIC chips that require massive amounts of electricity in order to validate blockchain blocks in overly competitive networks, Compcoin mining is cooperative with rewards based upon up-time rather than hashing power. The specially designed chip consumes an estimated average of $5.00 in electricity costs per year. Additionally, software upgrades and Forks are automatically updated to prevent forking and to eliminate the politics that have become part of mining networks.

The company plans to use the funds raised by the ICO to expand ART’s capabilities to trade other financial assets. In doing so, the company hopes to revolutionize how such assets are traded, and advance the financial industry’s use of blockchain technologies.