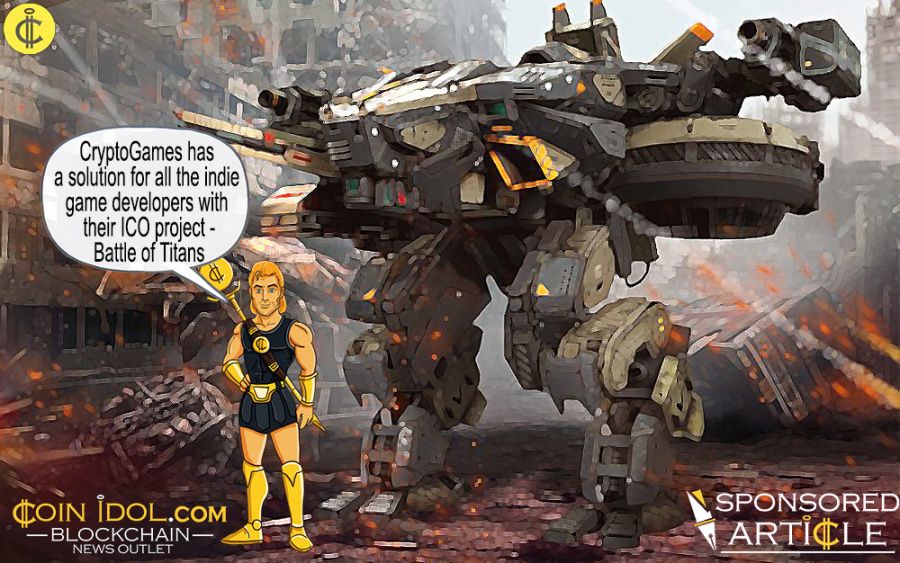 It's nearly impossible to launch a mobile game without investment nowadays. Most of the developers meet this problem, even ones with very promising products. And those who  succeeded lost a great deal of possible profits in the beginning, without Grand Opening. CryptoGames has met similar circumstances but they've found a unique solution for all the industry in general.

The numbers of gaming industry are of no secret, all the data is available to the public. Market cap is over 100 billion dollars, expected annual increase makes this area very attractive for the investment. But whales never sleep pushing out little indie-fish.

Blockchain changes old ways presenting the ICO - equal and convenient opportunity for everyone to get a piece of the future profits in a usual and well-known business. So CryptoGames will help indie-studios to launch their games using BTT - platform's brand currency. And that's not all: to illustrate all the possibilities, team starts with their own game - Battle of Titans.

More then 10 years of experience, dozens of successfuly launched projects, large expertise in game development and marketing - all this allows Cryptogames' team to choose only best products for the release on their platform. There is already a pool of requests from indie-studios that are having their fingers crossed about a collaboration with the CryptoGames.

Speaking about terms, BTT is non-emitting and its growth is provided by the continuous buyback from the percentage of revenue of all the projects on the platform. Therefore, the first token’s price increase will be right after the end of the ICO - simultaneously with Battle of Titans launch on iOS. Also you can spend BTT as an in-game currency for all projects on the CryptoGames platform.

All the collected BTTs go straight to the CryptoGames foundation where they can only be used for a next crowdsale to launch new projects. For them rules will remain the same: tokens will be available for the in-game purchases and a certain percentage of revenue will always be spent for the token's buyback. The difference lies in the amount of money needed for new projects - caps will be set in accordance with the market realia. The expertise of studio’s CEO, Nikolay Karpov, will certainly be of help here. 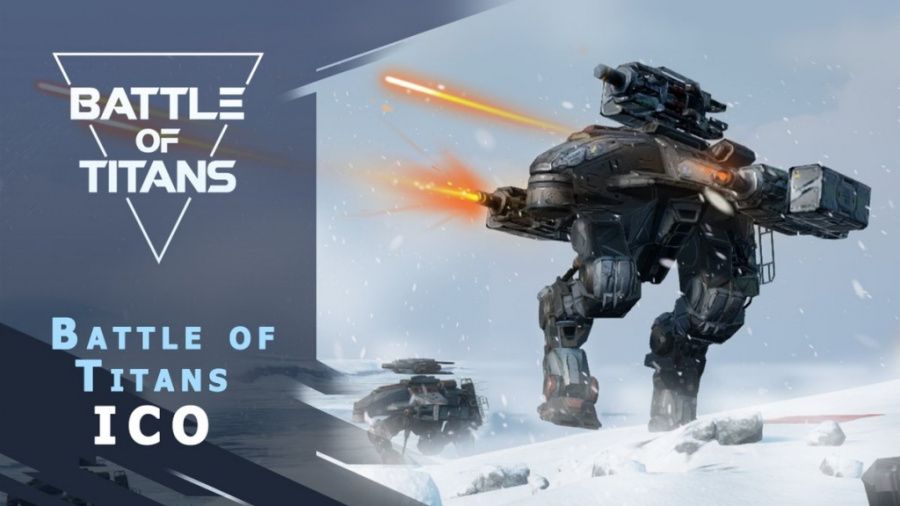 Coming goals are extremely huge. Besides deploying new games on the platform, much time will be dedicated to the main project of the studio - Battle of Titans. Unreal Engine 4 unleashes the power of computer graphics and physics on the portable devices. However, PC and Console versions are already lined up for the nearest future. PvP-oriented gameplay with a manual aiming system stimulates cybersport aspect of the game. So stay tuned for the news about the Battle of Titans’ first tournaments and teams.

This way CryptoGames will become the first full-fledged cross-platform service where any studio will have an ability to place and launch its product, getting new players and proper investment.

Why BTT is a perfect solution?

- investing not in hopes and dreams but in something that already works. First game is ready to be launched.
- 25% of all money raised during the ICO goes to the market, establishing tokens' high initial price;
- no tokens emission. All the unsold tokens would be burnt after the ICO;
- permanent BTT.'s buyback with 15-60% (depends on the goals reached during the ICO) of all the Cryptogames' profits. Clear accounting will be used - we'll show the investors our real statistics. E.g. for the iOS launch - AppStore instruments.
- growth of the token price because of the artificial deficit of BTTs - tokens would be spent as an in-game currency, granting a significant discount. Else, some in-game goodies can be bought only with BTT;
- amazing long-term investment - keeping your BTT automatically makes you co-founder of all the future projects;

- money for your product to successfully launch it. Clear and fair conditions;
- any help on game development using Cryptogames' wide expertise. Monetization and technical problems fixing, multi-language translation and adaptation e.t.c.
- free audience and media attention;
- crowdsales advisory to get maximum of your goals;

- unique prizes for all the ICO/crowdsales participants;
- spending BTT for the in-game goodies is cheaper than usual payments (discount system). And you get bonus tokens during ICO;
- special in-game items, that can be bought for BTT only;
- BTT is an investment, so if you don't spend'em all - you can sell them for BTC/ETH on the market at any moment;
- BTT is a currency for all the Cryptogames projects - so you can use tokens in different games;
- guarantee that developers team wouldn't be sold to a bigger holding, resulting in two things: same team works on the game making it better and better; monetization doesn't go insane;
- ability to vote for the future games on the platform and try them first - every BTT owner can have a Closed Beta Key for our new games;