Blockchain Projects That Can Make Your Life Easier 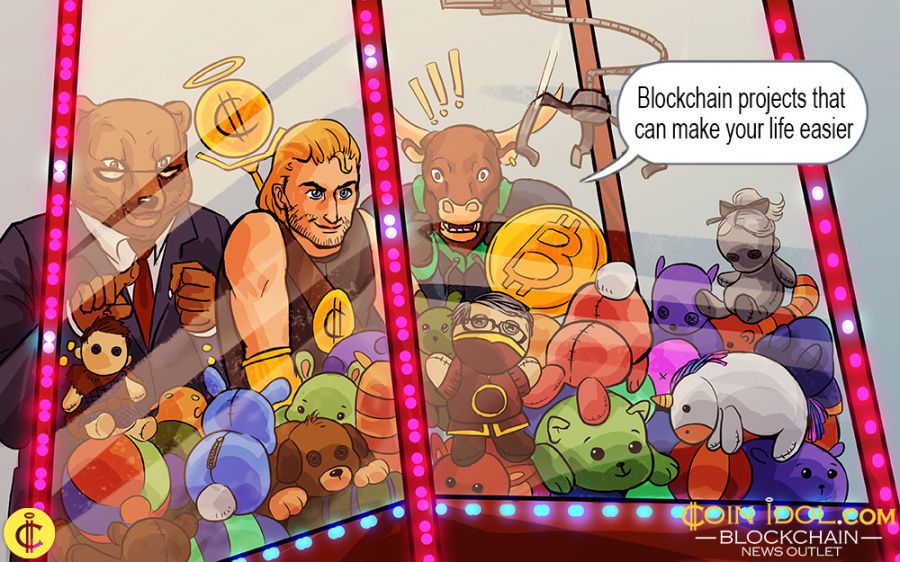 Blockchain has firmly secured its status of a buzzword for numerous industries. Some reported instances when simple adding of the word ‘blockchain’ to the title of a company caused its stocks to triple their value.

However, buzzword or not, it is spreading, and more and more projects pop up using blockchain not as a clickbait but as a foundation for the very service they offer. While some of them seek to compete with existing centralized services, others make the full use of decentralization and create (or try to create) something that wasn’t possible even ten years ago. Here are some of those projects.

Smart Trip is a solution that is yet to be deployed or even developed, however, it is said to have all the bells and whistles a tourist may ever need. These include the opportunity to book nearly every service, including flights and hotels; organize any excursion or trip; find fellow tourists; get useful tips that may keep them from harm or problems with local authorities; a phrasebook compiled by native speakers; and, most importantly, a payment system based on an ERC20-compatible token that will interact with the fiat world and make all of that accessible for the project’s native tokens. Just like most other blockchain projects, it’s yet to be known whether it all becomes to fruition, however, the hints made by the project’s founders suggest that they’re in the middle of negotiations with some major stakeholders in travelling and financial industries.

The development of a project called White Rabbit is still underway, however, it holds a great deal of promise. Created by a group of professional filmmakers, developers, and entrepreneurs, the project seeks to offer anyone in the world an opportunity to pay for movies and TV series to their creators or copyright holders. As currently new feature films and TV series have a very limited accessibility, it causes their fans around the world to download it all illegally. White Rabbit is a browser plug-in that operates on blockchain: it allows anyone to find any film or series online and buy them completely legally, thus effectively solving the problem of forced piracy. The biggest downside for this project is that, just like any other blockchain-related venture, it uses its own proprietary tokens that no Disney or HBO will be happy to accept. So, until big players come on board, this thing will remain a wonderful attempt at making content accessible to anyone. Still, the fact that the people behind the project are actually the members of the filmmaking industry, gives us some hope that it will eventually happen.

Estonia is one of the most crypto-friendly jurisdictions in the world. It allows anyone to exchange bitcoins quite officially and has a very reasonable regulatory framework for those who want to hold an ICO. This, however, isn’t limited to just making the country more attractive to innovators: in fact, the e-Residency program run by Estonia’s government is backed by blockchain solutions.

With just nearly a 1.5 million population and relatively small area, Estonia has all its government services digitalized. The country uses s0-called Digital ID, a system represented by a card that allows its holder to cross the border; pay for public transit; buy prescription medicines from a pharmacy; sign any document; and so forth. Blockchain underpins all of that, and currently the government is considering the expansion of blockchain-powered solutions to make it fully autonomous. E-Residency is accessible to anyone in the world, not just Estonian nationals.

Blockchain is commonly associated with Bitcoin, which in turn is associated with user anonymity, even though that’s not entirely true. Still, blockchain is a great way to secure sensitive information and verify somebody’s identity remotely. With identity theft becoming a bigger problem by the day, a company named Civic offers a blockchain-secured solution that one may use as a certificate for websites or  KYC measures while remaining sure that the ID is safely held in the immutable and unhackable blockchain. Recent instances in the U.S. when nearly 50 million social security numbers became compromised prove that such a solution might indeed become of use.

While in a perfect decentralized world all your grades are stored on blockchain and effectively replace a diploma, today the technology offers a chance to educate yourself remotely. As services like Coursera offer a centralized way to do so, a much less known service Vanywhere offers what it calls “skill-sharing”. What it means is that you may suddenly become interested in how to cook pasta from scratch, go there, and find a real Italian cook who will teach you how to do that for a reasonable payment. Again, it all is secured by blockchain-powered payments and a rating system, so both parties may be sure that none of them is cheating.

We are still at the early stages of blockchain adoption, so most such solutions are either being developed, or are yet to garner serious recognition. With the possible exception of Estonia, no jurisdiction today is quite ready for blockchain’s expansion to nearly every area of life. Still, those examples clearly show that there is much room for such an expansion, and that the next decade may effectively become the era of total decentralization.