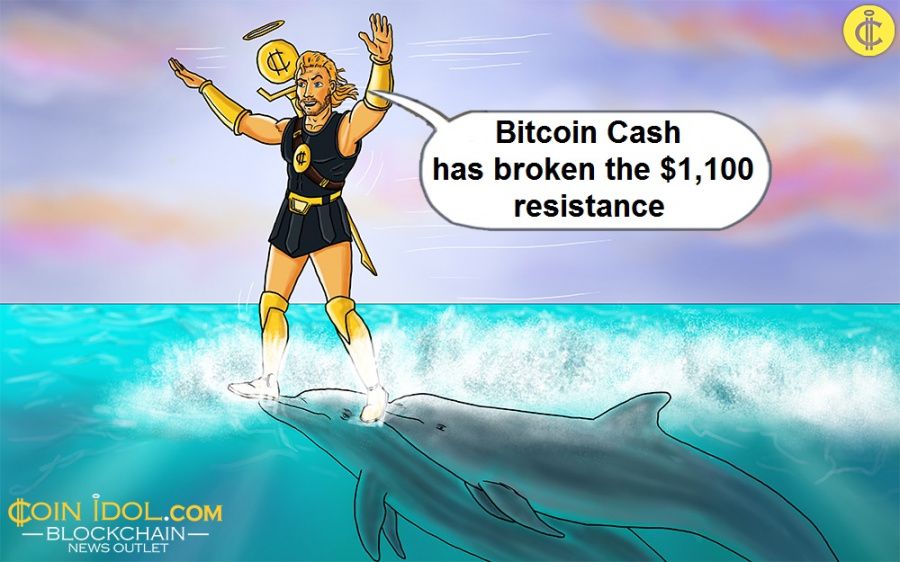 On April 17 uptrend; a retraced candle body tested the 50 % Fibonacci retracement level. The retracement indicates that BCH will rise to level 2.0 Fibonacci extension level or the high of $1,964.66. Meanwhile, BCH has broken the $1,100 resistance as the market approaches the $1,200 resistance. On the upside, if buyers breach the current resistance, BCH will attain a new high of $1,964.66. 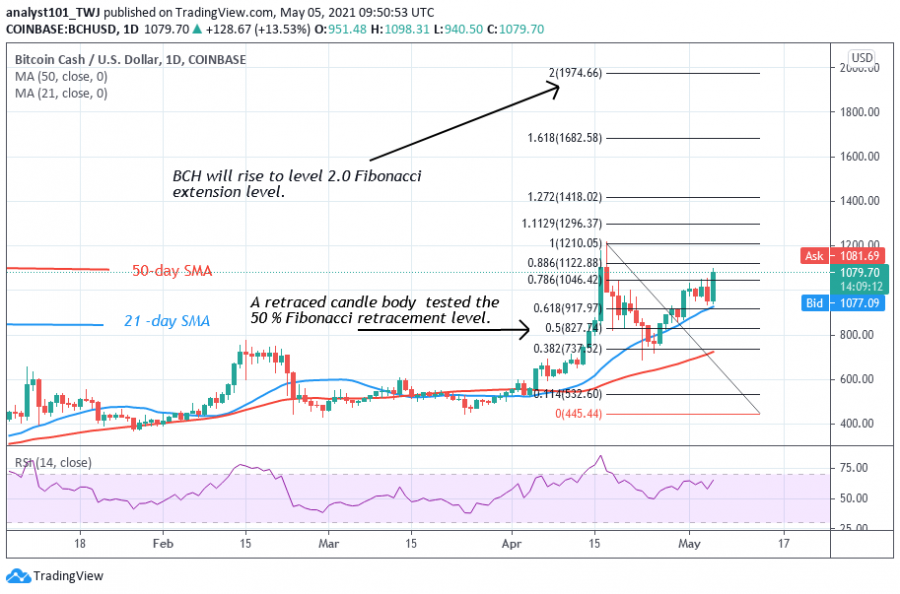 BCH/USD has made a tremendous upward move as price reached the initial targeted price level. Before the breakout, BCH was fluctuating between $950 and $1030.Meanwhile, on May 1 uptrend; a retraced candle body tested the 61.8% Fibonacci retracement level.  The retracement implies that BCH will rise to level 1.618 Fibonacci extensions or the high of $1,130.53. From the price action, the market has reached the initial targeted price level. 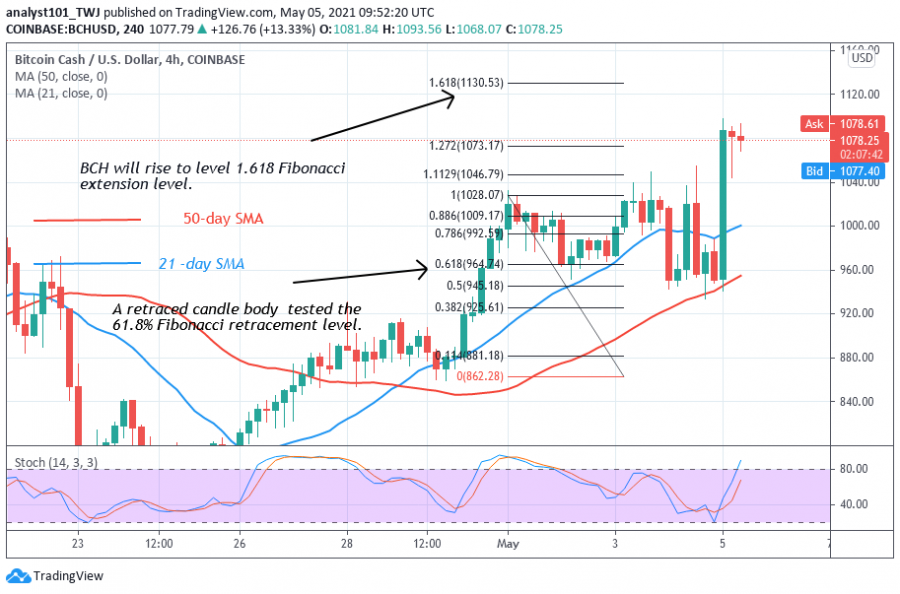 Disclaimer. This analysis and forecast are the personal opinions of the author that are a recommendation to buy or sell cryptocurrency and should not be viewed as an endorsement by Coin Idol. Readers should do their own research before investing funds.